A 15-minute gameplay video shows what Mundfish’s “Atomic Heart” shooter, which will be released in February, has to offer. 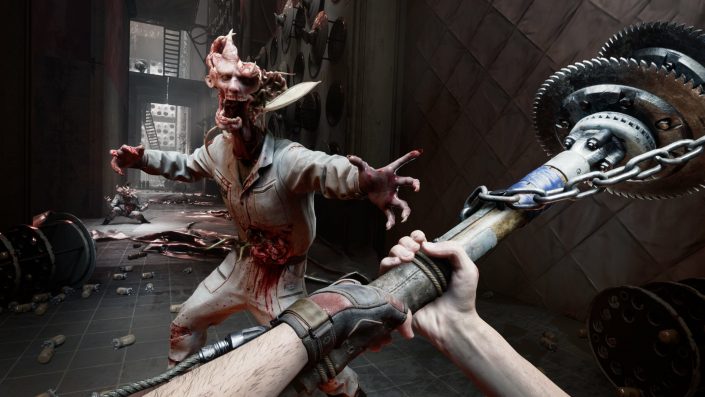 More gameplay footage from the upcoming shooter Atomic Heart has surfaced on YouTube. It has a length of almost 15 minutes and provides a deeper insight into the title based on the PC version. You can start the clip below these lines. Alternatively, the gameplay video for “Atomic Heart” also be watched on Youtube.

Various locations from Atomic Heart are introduced throughout the video. All sorts of enemies also appear and various weapons and abilities are used.

Atomic Heart transports players to an alternate Soviet Union where robots advanced technology but took on a life of their own and posed a threat to humans.

The protagonist of “Atomic Heart” is the mentally unstable KGB special agent P-3, who was commissioned by the government to investigate a disused production facility. During the course of their exploration, players will harness the combat abilities of an experimental power gauntlet, an arsenal of blades, and cutting-edge weaponry, among others, to engage in “explosive and frenetic combat.”

Atomic Heart is still available for pre-order. An overview of the different editions of the title is in our yesterday’s message about the latest trailer of the shooter to find.

Atomic Heart is a first-person action game coming February 21, 2023 for PS5, Xbox Series X/S, PS4, Xbox One and PC. The Russian studio Mundfish is responsible for the development of the title. Distribution in Germany is via Focus Entertainment.

Takeover of Activision: Google and Nvidia would be ready to annoy Microsoft

New healer Balak will appear in the Korean version of Archeland

In the large TV lounge, a centerpiece was missing to enjoy your TV