Anyone who has not yet resorted to Cyberpunk 2077 from CD Projekt RED may soon be able to take a closer look at the sci-fi role-playing game at no additional cost. The indications for a start as part of the Xbox Game Pass seem to be condensing. 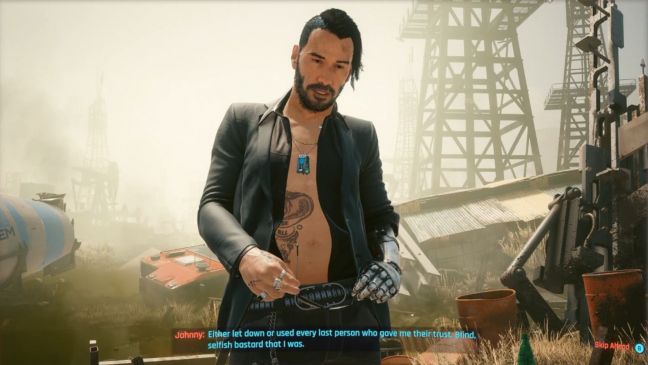 Is the sci-fi role-playing game Cyberpunk 2077 coming to Xbox Game Pass soon? The clues seem to be growing, at least, because a Reddit user recently became aware of a specific circumstance in the Xbox Store.

The AAA title from CD Projekt RED was promptly provided with a note that it was a title for Xbox Game Pass Ultimate – but such a start has not taken place to date and has not been officially confirmed. It is therefore quite possible that appropriate preparations are being made and the information accidentally got onto the internet in advance. As long as there is no official confirmation, you should classify the whole thing strictly as a rumor.

It had previously been confirmed that Cyberpunk 2077 should also receive a Complete Edition – similar to the fantasy RPG. This would then include all subsequently published content and improvements as well as the large pending add-on “Phantom Liberty”.

It is precisely this expansion that makes a scenario plausible: CD Projekt RED could cooperate with Microsoft in advance and place the main game in Game Pass in order to inspire fresh games for it again, which may then also get the new big DLC. The Game Pass Ultimate usually includes the main game, but not DLCs or season passes.

“Phantom Liberty” is an ambitious DLC and features Idris Elba, another Hollywood star after Keanu Reeves. There is a completely new storyline. In contrast to the main game, the additional content no longer appears for last-gen consoles, but only for PC, PS5 and Xbox Series X/S.

There was a fresh teaser clip at the Game Awards for the expected expansion “Phantom Liberty” for Cyberpunk 2077, which also confirmed actor Idris Elba for the add-on.

LG SN4R: a powerful and inexpensive soundbar thanks to the sales

A Plague Tale Requiem: how to unlock new skills