Microsoft Livestream is coming up: With Forza Motorsport, Minecraft Legends, Redfall – but without Starfield 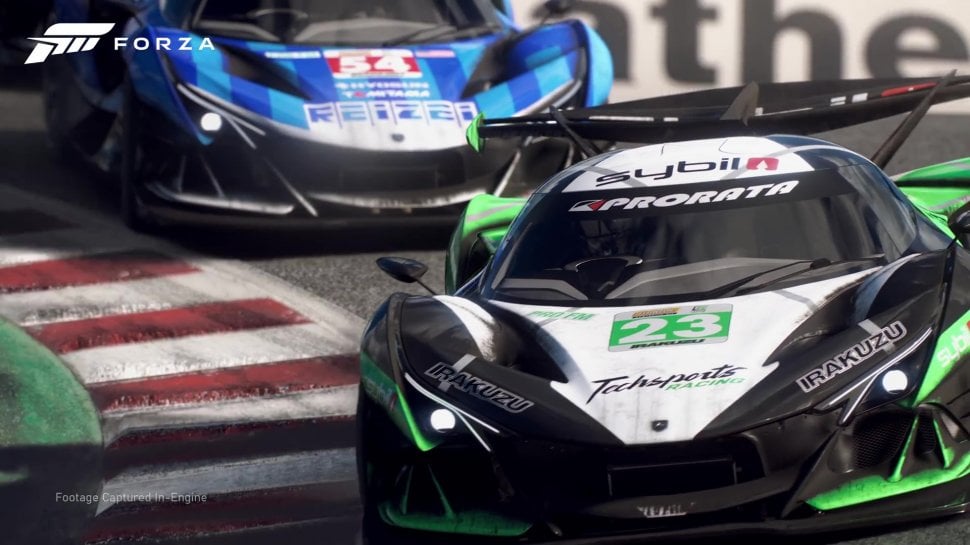 January 13th, 2023 at 8:01 am by Claus Ludewig – Microsoft has announced a live stream for upcoming video games from the company for January 25th. There is new gameplay material for Forza Motorsport, Minecraft Legends and Redfall, but no Starfield.

As part of the Xbox Showcase in June 2022, Dan Greenawalt also showed the first gameplay footage of the new Forza Motorsport. Compared to Forza Horizon 5, the in-house Forzatech engine has been further developed so that real-time ray tracing is also possible while driving. In recent months, however, it has become quiet about Gran Turismo 7’s competitor. Microsoft has now confirmed that the developer studio Turn 10 will announce news in a live stream on January 25 from 9 p.m. German time.

In addition to extensive gameplay showcases, there should also be release dates for the games from the publisher Xbox Game Studios. As Microsoft writes, Starfield (buy now €116.92) will receive its own show from Bethesda and will therefore not be an issue at the Xbox Showcase. As previously announced, the new edition of Forza Motorsport will come with simulation and management of tires and fuel, as well as simulated pit stops. There will be different types of tires analogous to Formula 1. So you want to be more realistic than in Forza Motorsport 7, which drifted too much towards the arcade. An improved damage model should also contribute to better immersion.

All about Minecraft Legends, Mojang Studios will show the PvP multiplayer features in the upcoming action strategy game. The creative minds behind Dishonored and Prey are supposed to provide gameplay material for the first-person shooter Redfall. You can also look forward to new content for The Elder Scrolls Online, among other things.

Microsoft invites you to a digital live stream on January 25 from 9 p.m., where there will be gameplay material and release times for various games from Xbox Game Studios.Turn 10 will present the new Forza Motorsport, Mojang Studios will show Minecraft Legends and the makers of Dishonored provide insights into the first-person shooter Redfall. There will also be news about Bethesda titles such as The Elder Scrolls Online. Starfield, on the other hand, gets its own show.

Halo Infinite: the date of the Joint Fire event, with new cosmetics and new mode

Final Fantasy 16: uploads will be inaudible, word of Yoshi-P

Final Fantasy XVI: Should underline the performance of the PS5