Il Pokémon Trading Card Game will soon receive aexpansion dedicated to Pokémon Scarlet and Violetthe new chapter of the video game series on Nintendo Switch, with new official details revealed in this regard by The Pokémon Company

The expansion has the release date set for March 31, 2023 and brings with it, in addition to new cards, also some particular dynamics, which modify some traditional aspects of the series.

The expansion reproposes in an updated key i Pokémon-ex, a game mechanic based on Pokémon with high HP that show off particularly powerful attacks and abilities. Unlike Pokémon-EX from the Black and White and XY series, which were all Basic Pokémon, Pokémon-EX from the Scarlet and Violet series can be Basic, Stage 1, or Stage 2. But their power comes at a price: when they run out KOs cause two Prize cards to be taken.

Inspired by the phenomenon Teracristal of the Pokémon Scarlet and Pokémon Violet video games, the expansion also introduces the Pokémon-ex Teracristal, featuring specially embossed artwork that highlights their teracristal. 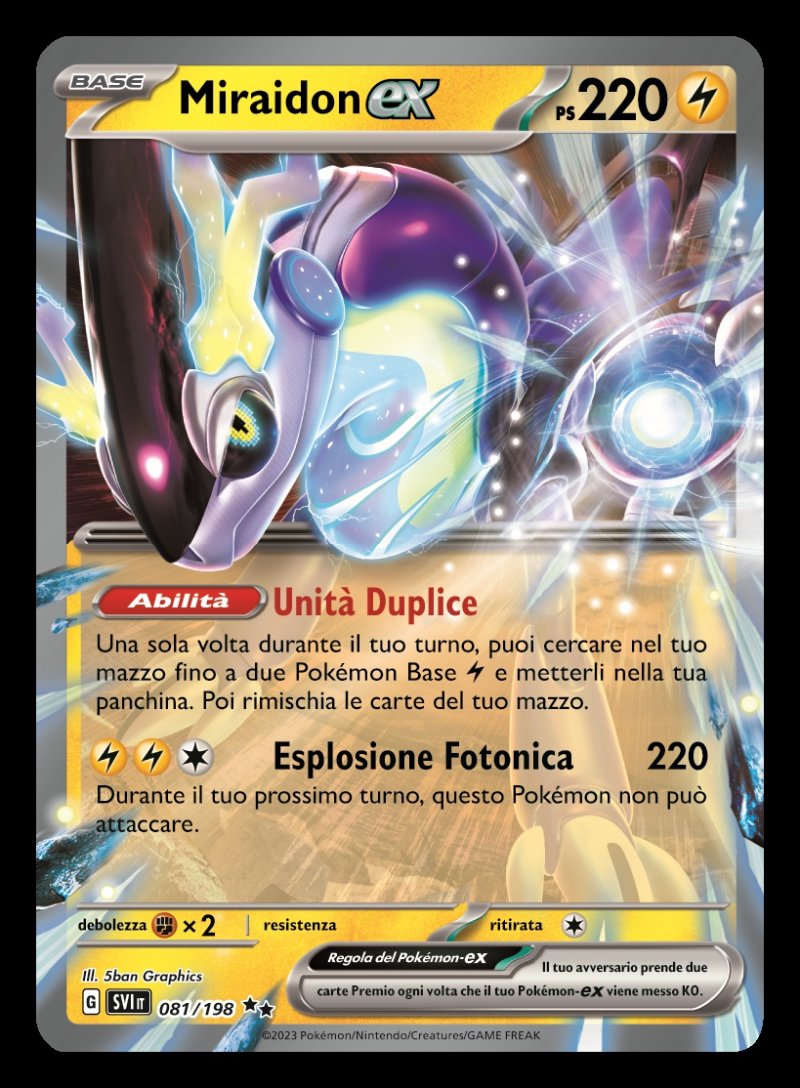 Pokémon Scarlet and Violet: Miraidon’s card in the TCG

These new cards follow the same rules as Pokémon-ex but take no damage while on your Bench.

In addition to card design updates from the Pokémon TCG, Scarlet & Violet includes specially imprinted full-art cards of Pokémon depicted in natural poses and vibrant colors, as well as rare illustration cards and rare special illustration cards that can feature an entire chain Pokémon Evolution. These cards highlight Pokémon in their natural environment and offer a closer look at their unique personalities.

Between noteworthy cards of the expansion appear:

Aroged: Ubisoft showed half an hour of gameplay of the pirate action Skull and Bones