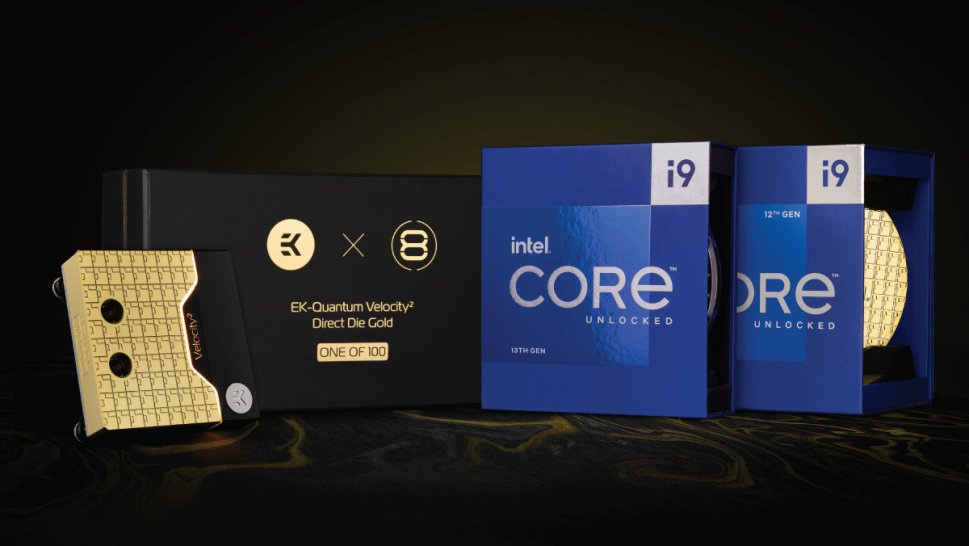 January 13th, 2023 at 3:21 p.m. by Norman Wittkopf – Waku specialist EKWB is launching a new product range that promises the best possible cooling for Intel’s Core i-12000 and -13000 CPUs without an integrated heat spreader (IHS).

This has resulted in two CPU water blocks with RGB including a gold-plated limited edition (100 pieces) as well as a tool for “delidding” the processors and an upgrade kit for existing water blocks of the EK-Quantum Vector² LGA1700 model series. The latter converts the whole thing from the previous IHS edition to the direct die distance.

For Raptor and Alder Lake

Aside from the plated limited edition with the delidding tool already included, the other nickel plated water block with plexiglass comes without the tool. Both come with Thermal Grizzly liquid metal and a bracket that doubles as a die-guard, as well as foam barriers to prevent thermal transfer.

Both the 12th Core i generation (Alder Lake) from 2021 and the current 13th generation (Raptor Lake) from the end of last year are supported, as is the newly released top model Core i9-13900KS with up to 6 GHz . According to the announcement, EKWB has meanwhile got help from the German hardware expert Roman “der8auer” Hartung for the upgrade kit and the tool for removing the heat spreaders, which is also available separately.

The new product range from EKWB should be available in mid-February. The Limited Edition of the EK-Quantum Velocity² Direct The D-RGB 1700 will cost 349.90 euros in the manufacturer’s shop and 199.90 euros for the standard version with nickel and plexi. The upgrade kit is said to cost 109.90 euros and the tool for beheading the CPUs 74.90 euros.

Battle Pass Far Far Away in World of Tanks 2023

OFFICIALLY. Ex-player of the Dnipro and the national team of Ukraine became the coach of Polissya

Pokémon: the official TikTok channel publishes a video full of profanity, then removes it