One of the well-known Spanish resources dedicated to the Ukrainian football player Viktor Tsygankov material.

The fact is that rumors began to circulate that Tsygankov would move to the Spanish Girona, as he attended the team’s match and, according to information from some sources, passed a medical examination.

True, the Spaniards made a rather serious mistake – in the article Tsygankov was called Israeli football player 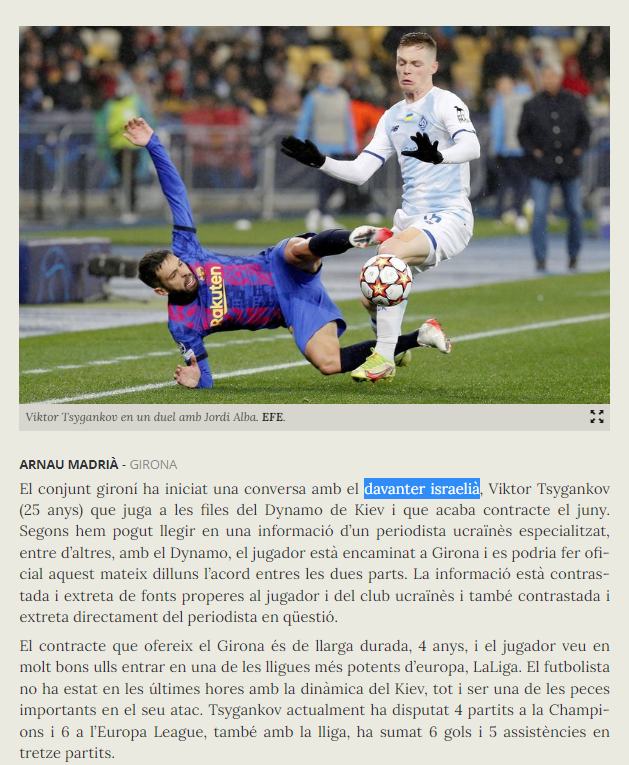 Jogging: What clothing makes sense - and what you should pay particular attention to

Fitness for the whole body: the best rowing machines

Chainsaw Man To Be Dubbed Into Italian Alongside To Your Eternity And The Ancient Magus’ Bride, Crunchyroll Announces