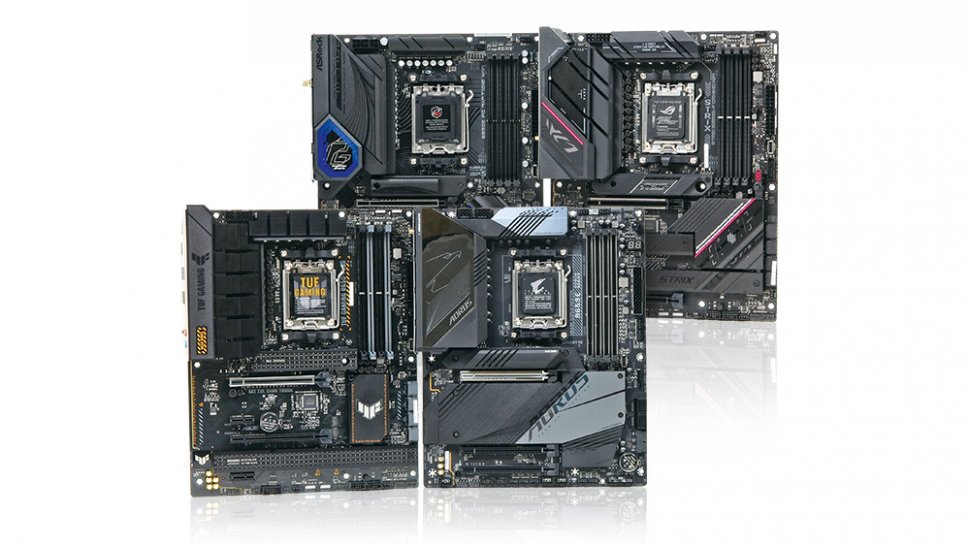 01/14/2023 at 2:45 p.m. by Maximilian Hohm – After problems with the Ryzen 5 7600, some UEFI versions with the new microcode had to be removed and are now available again. The problem has since been solved and the six cores with two CCDs should now run without any problems on the boards. Therefore, read more about the facts and what the AGESA update is intended for in the following.

Recently we reported problems with AGESA microcode 1.0.0.4. This had a problematic start-up phase and was actually only supposed to implement support for the non-X Ryzen 7000 models. However, the new microcode deactivated the cores of some Ryzen 5 7600 models that have a second CCD. The problem could only be solved by rolling back to a previous version of the microcode. Asus, Asrock and MSI were affected by the problem.

All three manufacturers took corresponding new UEFI versions from their websites and revised them accordingly. For this they needed fix 84.79.210 from AMD, which updates the SMU version and solves the problem of the disabled cores. The corresponding UEFI updates are now available again on the homepages and can be downloaded for the current mainboards. In addition to supporting the Ryzen 7000 chips, the update also includes initial support for the X3D models.

The regular Ryzen 7000 processors without the X suffix are already available in stores, but they cost little less than their regular counterparts. On the other hand, with their low TDP of 65 watts, they can convince with high efficiency without further optimization. According to the current status, the X3D models are expected for February and should lead AMD back to the top of the gaming benchmarks. In addition, the models with twelve and 16 cores will benefit from 3D V-Cache for the first time, but this is only available for one CCD. This should ensure that the other can continue to clock higher and that high application performance is available in addition to high gaming performance.

VIDEO. Usyk went on the air and shut Solovyov up

LPDDR5X is no longer the fastest RAM!

Karavaev: “I’m not surprised that Dnipro-1 is at the top of the UPL standings”