Midfielder of Shakhtar Donetsk Mikhail Mudrik very close to moving to Chelsea London. The English club said in a statement:

Chelsea are close to signing a deal for Mudrik. Chelsea are discussing with Shakhtar Donetsk the conditions for the transfer of Mykhailo Mudryk.

If an agreement is reached between the two clubs, then the Ukrainian international, who can play as a winger or striker, will discuss personal terms with the Blues before moving on a permanent basis.

According to insider Fabrizio Romano, the transfer of the 22-year-old midfielder worth 100 million euros has been finally agreed between the leaders of Shakhtar and Chelsea.

Chelsea have offered Mudrik a personal contract for 7.5 years, until June 2030. Donetsk “Shakhtar” a little earlier officially confirmed the fact of negotiations with the leadership of “Chelsea”. 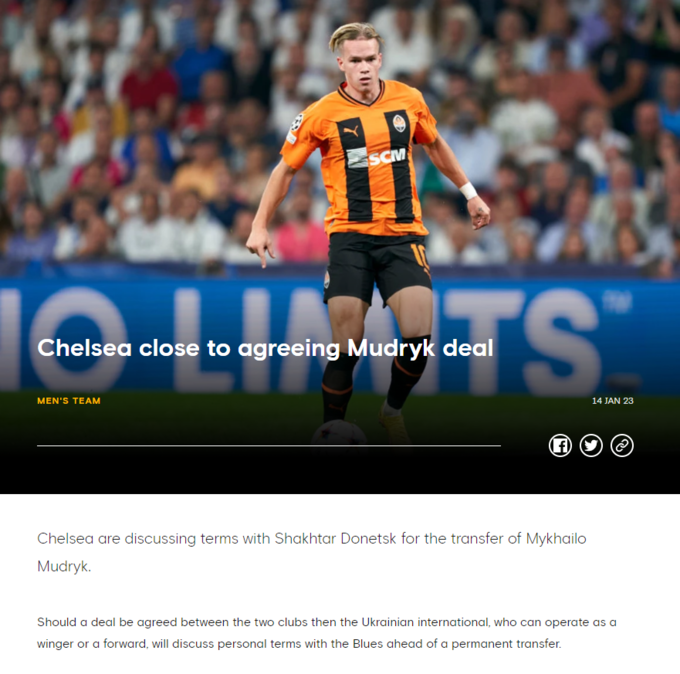 “Chelsea are discussing terms with Shakhtar for Mudryk. Should a deal be agreed between the two clubs then the Ukrainian international will discuss personal terms with the Blues ahead of a permanent transfer”. pic.twitter.com/mS9iTnpEeq