Director General of Kryvbas: “The proximity of the front plays a role” 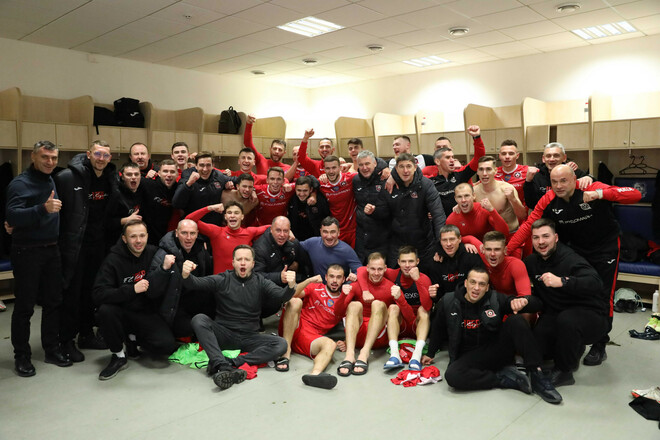 – Kryvbas now has three newcomers – Lunev, Prikhodko, Beskaravayny. How difficult was it to work in such a way as to invite these performers to the team?

“Personally, I believe in every guy. All our transfers take place with the consent of all parties, that is, a newcomer must suit Yuri Nikolayevich, suit him from a financial point of view, suit us media. In general, if all these aspects are taken into account, then this is very good. Now there are already five Kryvyi Rih pupils in Kryvbas – Shevchenko, Ryabov, Prikhodko, Stetskov, Beskaravayny, and this is very good. We signed three young players, and we have been working on these transfers since the summer. For the Kryvyi Rih club, it is very important that the pupils of the Kryvyi Rih football play. People who were born in Krivoy Rog are like the backbone of a team. Everyone here knows them, and they will glorify Kryvbas. After the victory of Ukraine, the fans will return to the stadium, and they will push forward exactly their guys, the Kryvyi Rih players. Therefore, they have no right to play badly (smiles).

– Which of these transfers was the most difficult?

– Every transfer is hard. In our situation, when a full-scale war has begun, each transfer is very difficult. The process is more difficult than before the war. You begin to appreciate the time that the transfer takes place. No one ever thought that Krivoy Rog would be close to the battle line. That is, this is one of the reasons when the players can refuse us. We try to make sure that all the players in our club progress and develop. But the proximity of the front plays a role. It is also difficult with legionnaires. Each legionnaire is a separate story. If a legionnaire returns to the club, then we are doing everything right.

– Can we still expect transfers from Kryvbas?

– The transfer campaign never ends. When everyone thinks we are relaxing, we are working. The transfer window officially opens on January 31st. But negotiations and scouting go on 365 days in a row, 24 hours a day. I think we will have a few more newcomers.

The next EMPRESS hacked game will be Monster Hunter Rise

Game of Thrones Sex Scenes: So Uncomfortable It Made Actors Cry