GTA 4 vs GTA 5: which is the best game in the Rockstar Games series?

While the players’ expectation towards the new chapter grows more and more after the recent leaks of Grand Theft Auto 6, we have now entered the tenth year of life of GTA Vwhose popularity continues unabated thanks to the publication of updates and new content for the online mode, still capable of attracting millions of users today.

In the opinion of many fans of the series, however, the situation around GTA V has become almost surreal, and what is currently the most recent chapter of the saga (remastered excluded) is now considered by many to be an overrated product, as well as inferior in many respects to its predecessor. But is it really so?

Indeed, in some respects GTA IV could be considered improve of its sequel. First of all the protagonist Niko Bellicand maybe more charismatic of the three player-controllable characters in GTA V (i.e Franklin, Michael e Trevor). Moreover, immersiveness and the pursuit of realism within the small details that characterize the fictitious New York reproduced from Rockstar Games in the fourth main episode they are probably better than what we saw in the Los Santos of the fifth game. Finally, even the responsiveness and behavior of law enforcement agencies of Liberty City to the player’s actions are to date the most successful in the series.

Despite this, however, GTA V improves on many aspects of its predecessor: the game world is bigger and more varied, as well as being full of points of interest and lots of hidden goodies to discover. Furthermore, the amount of adrenaline that GTA V is capable of generating thanks to its gameplay is probably unattainable by GTA 4. 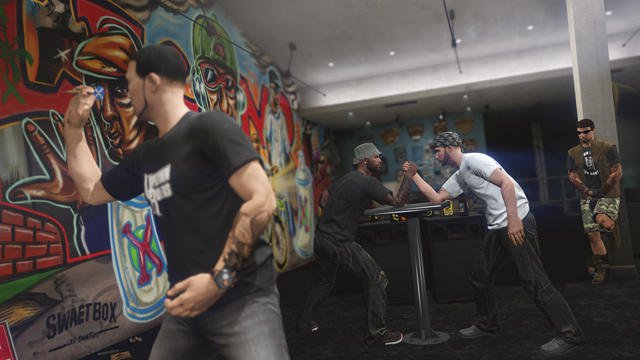 In conclusion, therefore, it is difficult to say which is the best title ever between the two contenders: what is certain, however, is that GTA IV is a very underrated productwhich contains many details and features absent even in many modern titles, especially considering that the fourth installment of the Rockstar series was released way back in 2008, a good 15 years ago.

Have your say: which is the best of the last two main episodes of the historic series? In the meantime, to while away the wait for GTA VI, we suggest you take a look at our special dedicated to the Grand Theft Auto series.

Universiade. The national team of Ukraine will play the second match in the tournament

Deathloop: Video invites you to vacation on Blackreef

When are the Sonic Frontiers reviews coming out? Unveil dates and times