The imminent release of Forspoken to many gamers was overshadowed by the news that the PC version of the action role-playing game will receive a third-party DRM protection called Denuvo Anti-tamper. The fact is that many are confident in its ability to reduce performance in games, especially when using weak computer systems. 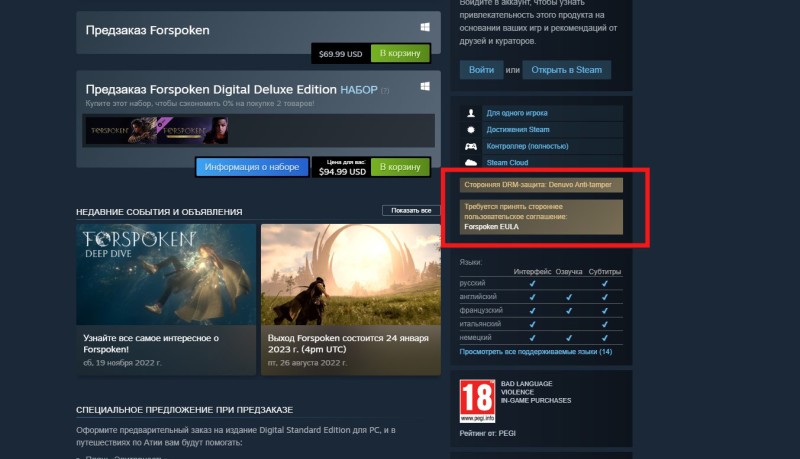 For this reason, a considerable number of players became interested in knowing when the Forspoken hack will happen? Naturally, it is not possible to name the exact date in this case, since some projects could be hacked in a couple of days, while others only after a few months. However, you can roughly calculate the terms using the statistics of game hacks.

Given this information, we can calculate that projects with Denuvo are hacked on average in 200 days. So the release of the hacked version of Forspoken will most likely take place no earlier than this summer. However, the possibility of an early hack cannot be ruled out, as happened earlier with Gotham Knights.

We add that we do not support piracy in any form, but we understand the concerns of some players regarding the purchase of a “pig in a poke”, so we advise them to treat “pirated” versions as an extended demo. If you like the game, be sure to purchase a licensed copy later to support the developers.

After community outcry, Wizards Of The Coast abandoned a number of controversial changes proposed in OGL 1.1

The journalist showed the cassette player in the style of the Xbox Series S, which was sent to him by Microsoft

One Piece Odyssey: guide and tricks for aspiring pirates