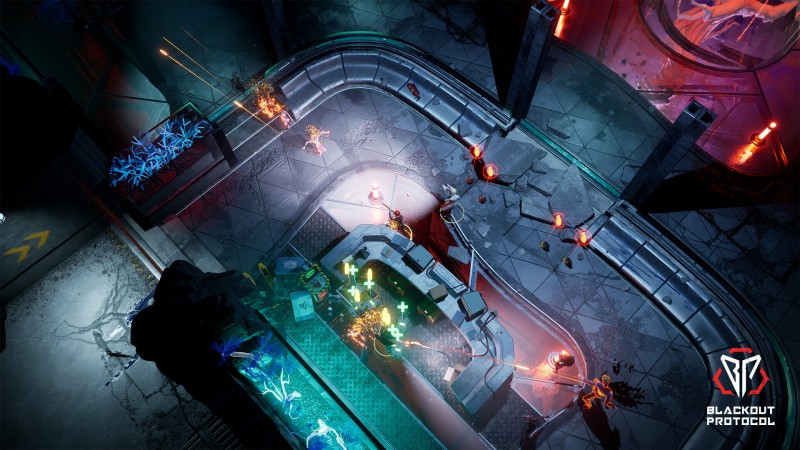 Ocean Drive Studio kicks off the year with its second game, Blackout Protocol, and launches its first closed beta on Steam. Closed beta testing of the new twin-stick shooter takes place exclusively on Steam from January 12 to January 16. During the beta test, the Blackout Protocol page in the Steam store will continue to register new players.

Blackout Protocol will be released to the Steam Early Access program in the first half of 2023, when the studio will continue its philosophy of shaping the game based on player feedback, as demonstrated by the launch of Lost Eidolons. This Closed Beta invites testers to play through all the content from Day 1 of Early Access, and as such, it is being launched with the intention of confirming that the game is stable enough and its core gameplay fun enough to be released to the public.

Blackout Protocol is a top-down co-op roguelite shooter. Team up with two friends to delve into the depths of a top-secret research facility filled with otherworldly horrors. Arm yourself, shed some light, and take back control. Or die trying. Again and again.