An anonymous source shared the details of the development of Suicide Squad: Kill the Justice League 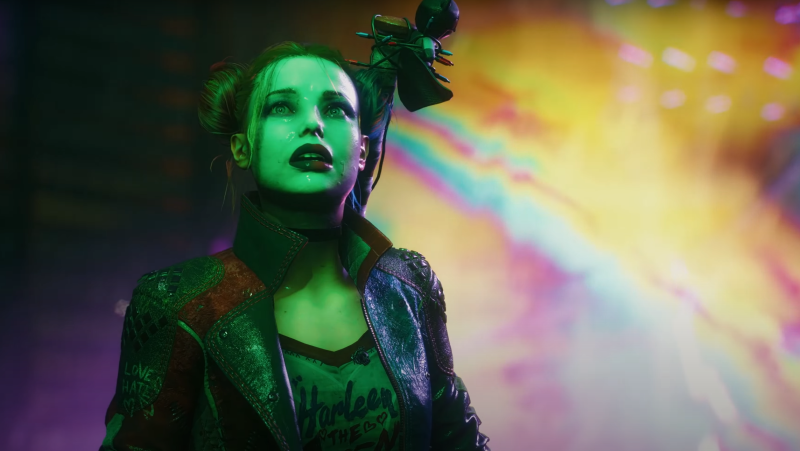 The anonymous source that leaked the alleged plot of Suicide Squad: Kill the Justice League yesterday shared details of the game’s development today.

According to him, the development history of Suicide Squad: Kill the Justice League is rather long-suffering: initially it was supposed to be a service game, but after the total failures of many games in this genre, especially the Avengers games from Crystal Dynamics and Square Enix, which came out a couple of weeks after the announcement of Suicide Squad: Kill the Justice League, is published by Warner Bros. Games decided to remove all elements of the game-service from it and try to turn it into just a story-based co-op shooter. As anonymous says, that’s why we still haven’t received a proper demo of the game’s gameplay.

Such changes also affected the scenario of the game: initially there was no Flashpoint and a restart of the Batman: Arkham universe, but for some reason during the total redesign of the game it was decided to add them. In the original script, Amanda Waller had a much larger role in controlling the Suicide Squad, but now her role in the game is mostly limited to giving orders to them and threatening to blow up the Head Squad if the player tries to go outside the game world. Also, all the content that was supposed to be available after the passage of the story was removed from the game – its whole essence was the final cleaning of Metropolis from the problems brought by Brainiac, the attempts of the Suicide Squad to get rid of the explosive devices on their necks, as well as the work of the Squad for the Justice League. Now, all this will not be in the game – its current version ends immediately after the passage of the final mission.

In addition, Rocksteady planned to add more playable characters to the game such as Deathstroke, Bloodsport, Peacemaker, the daughter of the Pied Piper, the Hunter and the Green Arrow. The latter was also supposed to be a minor character in the DLC story, in which the player would travel to the city of Star City in order to find out why it was not affected as much by Brainiac’s invasion of Earth as the rest of the places.

This is where the story of the creation of the game ends, and then the anonymous person simply shares new details of its current version:

The classic Harley Quinn costume will be a bonus for pre-ordering the game; From a character named Gizmo, who is a merchant there, the player will buy new weapons for himself. You can find him in shelters located throughout Metropolis; Despite the fact that the player will have to go to Gotham in the story, it will not be possible to move freely around it; The game will feature one optional parasite boss controlled by Brainiac. Initially, the game was supposed to have more secondary bosses, but after the abandonment of the game-service format, the developers did not develop this idea.

In the game, the player will also be able to stumble upon the following references to other DC characters:

Damaged Doctor Fate helmet Crashed Blue Beetle ship in downtown Metropolis; Green Lantern rings scattered throughout Metropolis; The skeleton of the deceased John Constantine; Advertising bar Oblivion; Audio log stating that Zatanna and her allies are evacuating human survivors to Fate’s tower; Skeleton of Mr. Freeze and his wife Nora; Space wand; A letter addressed to Captain Boomerang stating that he is forbidden from attending supervillain meetings; Starro being eaten by Brainiac’s minion; Distress screen with the status of members of the Justice League; Corpse of Martian Manhunter; Mention that the Hawks are outside of Earth; Mention that Hal Jordan is considered missing, as well as the news that Coast City has been completely destroyed; A message from Green Arrow in which he says that he has organized a resistance against Brainiac’s forces in Star City and that he has found an effective weapon against them.

What happened from the game in the end, the players will only know on May 26 of this year, when Suicide Squad: Kill the Justice League will be released on PC, PlayStation 5 and Xbox Series X/S.

What is the best One Piece game? Check Out JV Ranking After One Piece Odyssey Released