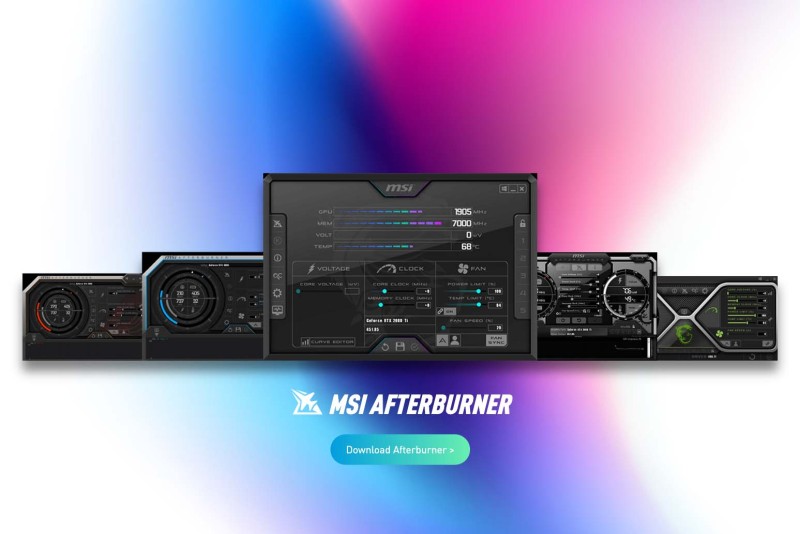 The developer of the MSI Afterburner Unwinder application summed up the situation around the project. He refused to monetize for licensing reasons, had the opportunity to relocate, but is not going to do it, and also explained that he encountered several unsuccessful attempts by MSI to continue cooperation.

“In recent days, there have been many discussions in various places about the future of the MSI Afterburner project. Let me summarize and answer the most frequently asked questions:

– I see that many of you are offering to donate the development to compensate me for possible loss of income due to the closure of the project. I really thank you and appreciate it, but it’s not necessary. Perhaps you are overly dramatic and think that it is much worse for me than it actually is, due to a lack of understanding of the development process of MSI Afterburner (MSI AB). I’m not a full-time developer at MSI AB, and it’s not the only thing I do for a living. My main job is software development for a medical research company. MSI AB and RTSS are favorite projects that I have supported in my spare time on evenings and weekends for the past 25 years. This is not the case when a developer loses his only source of income and becomes hungry and homeless. So thanks again, but no donations needed partial loss of income is sad and reasonable, but not critical for my living conditions.

— many of you suggest rebranding the app, selling it on Steam, or monetizing it in other ways. I AM I don’t see this as even remotely possible.. Under our license agreement, I exclusively own the source code (so technically I can do whatever I want with it), but the company owns exclusive rights to the product name, trademark, and distribution rights. Thus, this will lead to a violation of the license agreement on my part. I respect the contracts that I signand I will not do this under any circumstances, this is a matter of reputation.

– some users think that I should move from Russiato continue working on the project. I don’t consider this option.. I had several job offers abroad. I could live and work abroad decades ago, I have the opportunity to migrate to any country. But I was born here, and 4 generations of my family were born and lived in this place. This is a small Russian city located on the coast of the Sea of ​​Azov (Taganrog). Yes, living conditions here suck, even compared to major Russian cities like Moscow. But this is my Motherland, my Home, and I love it. My grandparents are buried here, my elderly relatives live here, and I just can’t afford to leave them and run away. It’s not a matter of political preference – it’s a matter of love for your home and your family.

— MSI is really trying to fix the problem right now. But they tried to solve it several times during 2022, and every previous attempt failed. As a realist, I understand that current attempt may failso I just prepared for the worst and resigned to the fact that the project may be dead. Please don’t blame MSI for this situation. This is a dead end when they want to continue cooperation, but do not yet see an opportunity for this, ”

– Alexey Nikolaychuk, known in the profile community under the pseudonym Unwinder, said on the Guru3D forum. 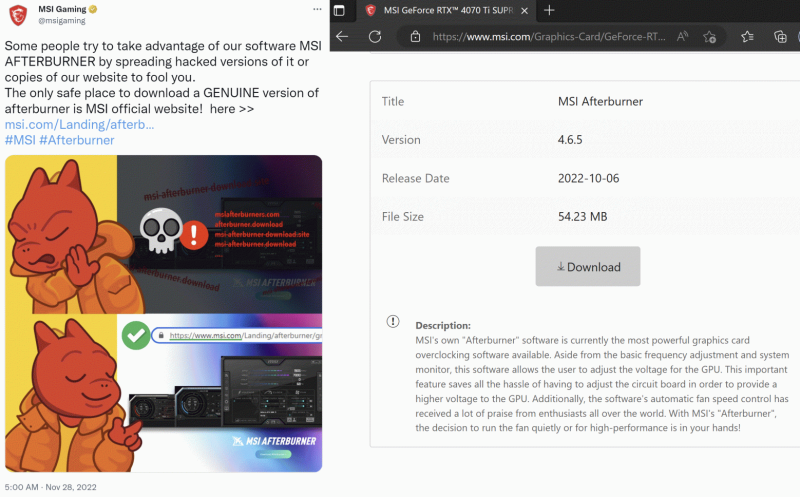 On November 10, the Taiwanese company MSI confirmed problems with payment to the developer of MSI Afterburner in the Russian Federation due to sanctions. The Russian author of the Unwinder project does not blame the company for the situation. The partners expect to continue cooperation, but do not yet understand how to do this.

“Our marketing and accountants are aware of the situation and are currently looking into the issue. Due to sanctions, our payments cannot be successfully transferred to the developer’s bank account. We are keeping in touch with him and figuring out how to solve this problem, ”wrote MSI.

“It’s not their fault at all, they would love to keep the project, but they can’t and won’t cancel or circumvent sanctions and make SWIFT magically work here,” explained Alexey Nikolaychuk, MSI Afterburner developer, known in the profile community under the pseudonym Unwinder .

On January 9, 2023, the developer of the utility for overclocking MSI Afterburner and RivaTuner Statistics Server (RTSS) video cards said that he had encountered problems in finalizing and developing a joint project with MSI. MSI believes in continued cooperation and has no plans to close the project. Nikolaychuk explained on the Guru3D forum that the MSI Afterburner project has been mostly dead for 11 months, since MSI, for its part, does not fulfill its financial obligations to the developer under the license agreement due to sanctions and the current situation. He continues to independently maintain the MSI Afterburner utility and update the application in his spare time.

“I have been trying to keep up my commitment and have been working on the project on my own for the last 11 months but it has resulted in nothing but frustration. I feel like I’m kicking a dead horse and wasting energy on something that the company no longer needs, ”Nikolaychuk explained the situation.

The developer said that he continues to independently maintain the MSI Afterburner utility and update the application in his spare time, since he stopped receiving payments for this project.

“In any case, I will try to continue to support it myself while I have free time, but I will probably have to quit the project and switch to something else that will allow me to pay my bills,” Nikolaychuk added.

Regarding the development of the RivaTuner Statistics Server (RTSS) application, Nikolaychuk’s plans have not changed. The developer assured that he would continue to work on this project. Especially since RTSS is not affiliated with MSI and is not limited by any third party licenses. Moreover, based on RTSS, the overlay of the MSI Afterburner application just works.

“Everything I said above applies to the Afterburner project, but I didn’t say anything about stopping development of RTSS. It is a standalone and completely enthusiastic application, created many years before MSI Afterburner was introduced. RTSS is still a lot of fun for me to develop, and tweaking and implementing new features for it has become a hobby of mine. So, with or without MSI, RTSS will live and receive future updates and support. As for the Afterburner part, I don’t see the point in trying to make it profitable if the company decides to freeze licensing. So if this project is dead, so be it,” Nikolaychuk summed up.

Eric TEN HAG: "We have to keep our sanity"