How did the Cordyceps fungus from The Last of Us come about?

The premiere of the HBO series inspired by The Last of Us finally arrived, and although many fans have marathoned the games while waiting anxiously for this moment, we decided to remember the Cordyceps fungus infection, which even being explained throughout the two titles, some of its details may end up being overlooked.

So, check below for more information about this disease that wiped out a large part of humanity in TLoU.

How did the Cordyceps fungus come about?

According to the first game’s story, Cordyceps originates from South America, arriving in the United States through infected crops and beginning to spread to humans in late September 2013.

A local newspaper at Joel’s home has its front page concerned with hospitals being overwhelmed by a mysterious infection, and a forthcoming article mentions that the Food and Drug Administration – a federal agency of the US Department of Health and Human Services – was already withdrawing potentially contaminated products from the market, with authorities in Central America and Mexico following suit.

However, these actions were taken too late, and months later, 60% of humanity was already dead or infected with what was referred to by the medical community as a Cordyceps Brain Infection.

Stages and spread of infection 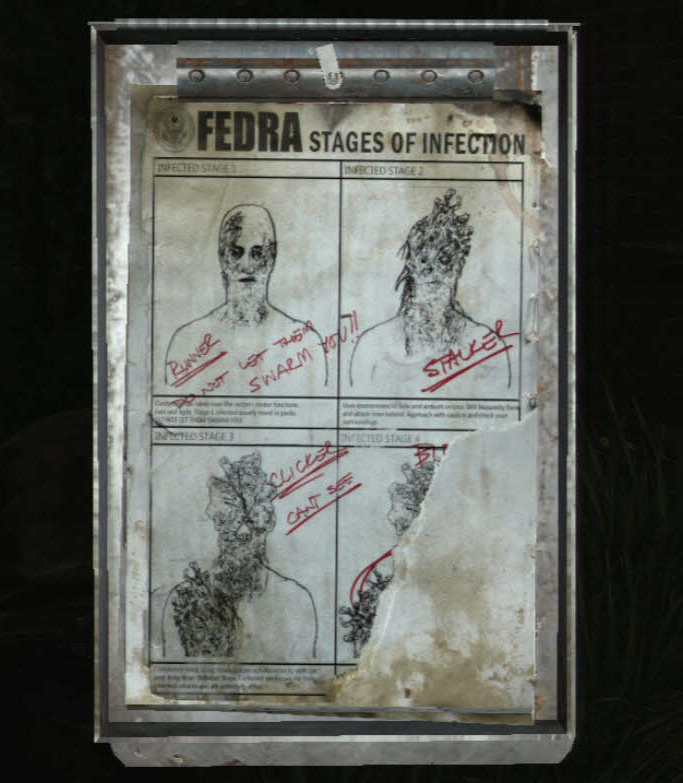 The infection can be contracted through airborne spores – which makes it less effective in very open environments – or through the bite of already infected individuals. The fungus only proliferates in living hosts, unable to affect corpses due to its parasitic nature, and has four stages.

The first occurs two days after infection, causing the person to lose their higher brain function, disabling rational thoughts and causing hyper-aggressive behavior, which is characterized as the end of their humanity and turns them into a Runner. 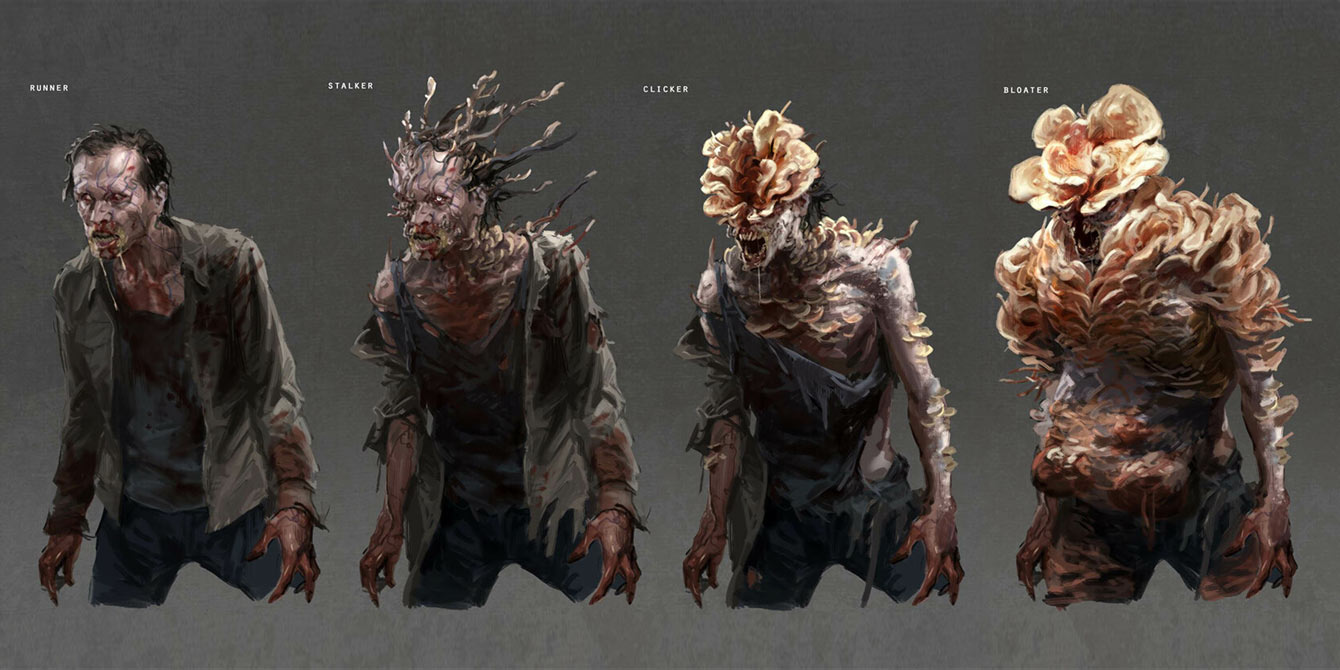 After two weeks, the host enters the second stage, with progressive growth of Cordyceps in the head region, causing a corruption of the visual cortex and altering its vision, a phase commonly known as Persecutor.

The third stage of infection occurs after a year, covering the individual’s eyes permanently, which causes inevitable blindness, and leading him to be classified as a Clicker.

And in the rare event that an infected person survives for more than ten years, Cordyceps reaches stage four, with the formation of fungal plaques deforming much of the body, and transforming the host into a Worm, which after its death, creates projections similar to stems that begin releasing infectious spores. 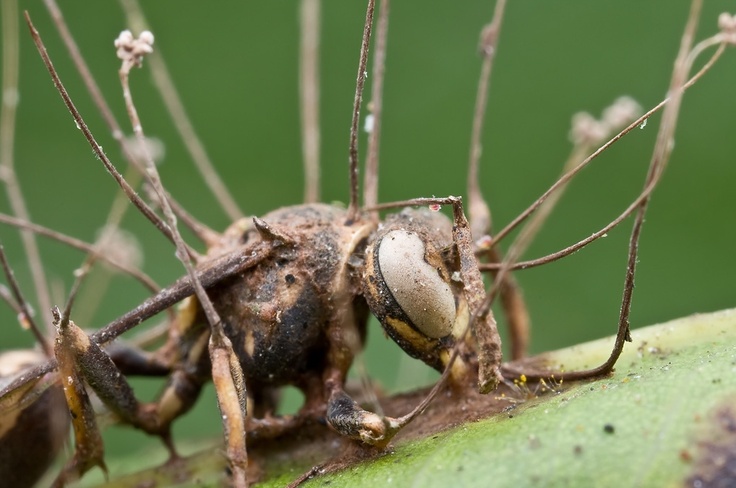 An interesting detail is that the developers of The Last of Us claimed that they inspired the idea of ​​creating the Cordyceps Brain Infection in an episode of a BBC Planet Earth documentary called “Jungles”, about the Ophiocordyceps unilateralis, or zombie fungus.

In the series, several insects and arachnids were shown dying after being infected by different species of this fungus, which led Neil Druckman, creative director of the games, to think that “the more numerous a species becomes, the greater the probability of being attacked by this fungus. fungus”.

Fortunately, it is basically impossible for a human to become fatally infected with Ophiocordyceps, but we are not immune to the behavioral changes that can be caused by infection. However, infection occurs more slowly in humans than insects, and unless a Cordyceps-like strain emerges, we are still safe from a possible fungal apocalypse.

So, are you excited for the series of The Last of Us? Tell us on social media Voxel!

Samsung Galaxy S23 Plus introduced! Here are the features and price

The Xbox app gets an update with several new features

Call of Duty: change of pace and no Advanced Warfare 2? new rumor