MiraDock: turn your future Galaxy S23 into a computer

Miraxess launches a new passive dock to transform a compatible smartphone into a PC. The French start-up does not hesitate to highlight its compatibility with the future Galaxy S23 Ultra. 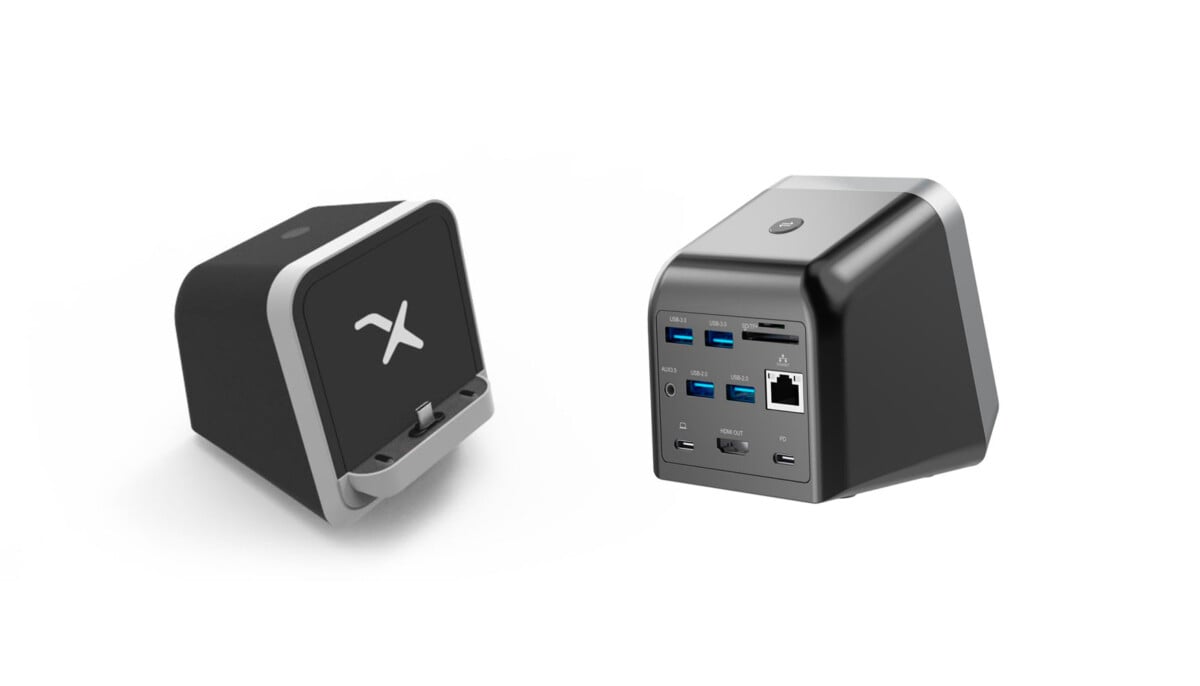 The French start-up Miraxess was at CES 2023 and is taking advantage of the lull at the end of the show to present its new product, the passive MiraDock station, in more detail. The goal of this is to transform a smartphone into a desktop computer as simply as possible.

Miraxess is a startup founded on a very specific idea, that smartphones will one day replace computers. To a certain extent, they are already capable of this. Already in 2017, we discovered – still at CES – the Mirabook, a passive laptop computer operating using a smartphone. Five years later, it is the fixed PC which is targeted.

This dock has a USB port on the front to accommodate a smartphone, like any speaker or traditional dock. It nevertheless uses the DisplayPort connection via USB available on certain smartphones to transmit images, sound and information to external peripherals, such as a keyboard, a mouse and a screen.

At the back, there are four USB-A ports (including two 3.0), an RJ45 Ethernet (1 Gb / s), an SD port, a microSD port, two USB-C ports, a jack output and an HDMI. Enough to connect a number of devices to the output. Miraxess explains that it is possible to connect and display two devices simultaneously and switch between sources with the push of a button.

On its page, Miraxess even specifies that “the Samsung Galaxy S23 Ultra is the perfect companion for the MiraDock”. A good opportunity to talk about a promising phone that has not yet been announced.

In its FAQ, Miraxess promises to develop an adapter to convert the DisplayLink signal to DisplayPort to adapt to the greatest number. Remember that since Android 10, a PC interface (like those mentioned above) is available natively in the options for system developers.

At present, these solutions are still quite limited. Back in 2018, we wrote that Samsung Dex is a brilliant, but frustrating idea. The principle remains no less visionary. Imagine that this kind of dock is easily found almost everywhere and that all you have to do is connect your smartphone to it to work in a familiar and secure environment. We would then always have our “computer” on us, ready to switch to productivity mode. So many fewer PCs to buy.

The MiraDock is currently on pre-order at 139 euros on the Miraxess site for a release announced in the first quarter of 2023.

With Nvidia's Eye Contact function for Broadcast, you always look directly at the camera

Eintracht, Brugge and other clubs. Tsygankov had many options

According to an insider, Microsoft will show the trailer for Starfield at Super Bowl LVII in early February