The US National Aeronautics and Space Administration (NASA) team responsible for the implementation of the Curiosity rover mission on Mars reported an unusual gray stone discovered by the device, which stands out from the surrounding environment. It is quite possible that we are talking about a meteorite. 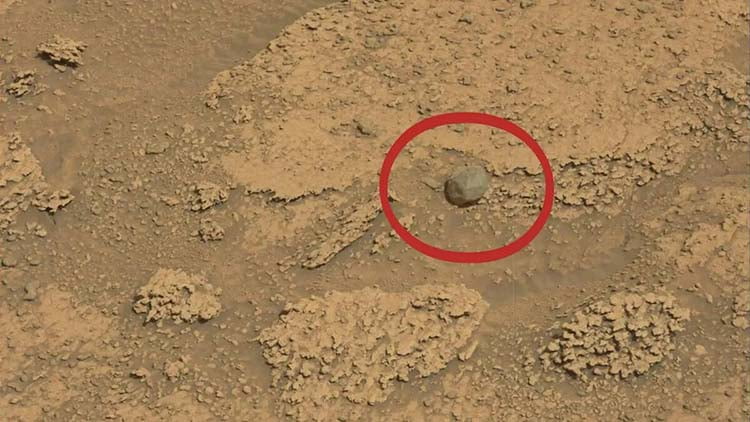 “This is an unusual gray river sediment rock that may have come from rocks higher up Mount Sharp (the informal name for Mount Aeolis Mons) or may be a meteorite,” said planetary geologist Catherine O’Connell-Cooper. -Cooper) on NASA’s Martian mission page. She also said that not so many such meteorites have been discovered – over the past ten years, only a few have been studied by space agency specialists. Therefore, scientists took this discovery with great interest.

The stone photographed by Curiosity resembles the appearance of meteorites previously discovered on Mars. It is also dark in color and with the same shiny surface. In 2016, the rover discovered the Egg Rock meteorite on the Red Planet. When studying the stone by NASA specialists, it turned out that it consists of iron. It is possible that the meteorite was originally part of the core of the asteroid. Scientists are studying the impact of the Martian environment on iron meteorites, as well as how this can be compared with the impact on them being in terrestrial conditions.

A PHOTO. Gavi and Lewandowski give Barça the edge over Real Madrid in the 1st half

Projector, lamp and Bluetooth speaker in one: introduced by XGIMI Magic Lamp

The Last of Us series: The press rated the video game implementation as euphoric

After the leak of the Conti ransomware code, researchers warn of a new Putin ransomware