The Perseverance rover and the Ingenuity Martian helicopter are once again within line-of-sight. On Mars. And the teams managing them exchanged greeting messages. But on Earth. Perseverance even snapped a photo of its innovative robot brother as it landed atop a Red Planet sand dune. 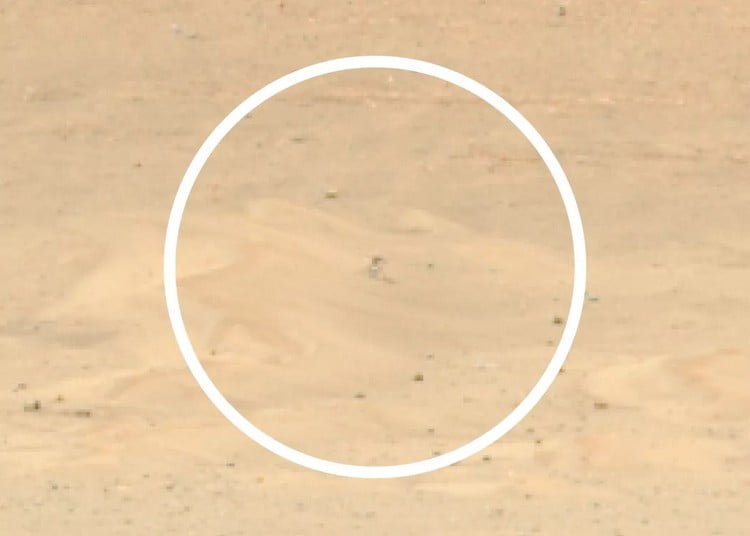 Ingenuity and Perseverance landed together in the Martian crater Jezero in February 2021. Shortly after landing, Ingenuity conducted its first five-fly campaign, showing that powered flight was possible in the rarefied Martian atmosphere. On Wednesday, Ingenuity made its 39th Mars flight, covering 140 meters in 79 seconds. To date, the helicopter has flown a total of 7,830 meters on Mars and has remained in the air for more than 64 minutes.

Ingenuity currently serves as a scout for Perseverance, helping the rover’s team choose the best routes through the rugged terrain of Lake Jezero Crater and identify promising Martian rock outcrops for further study. This work is part of an extended helicopter mission. 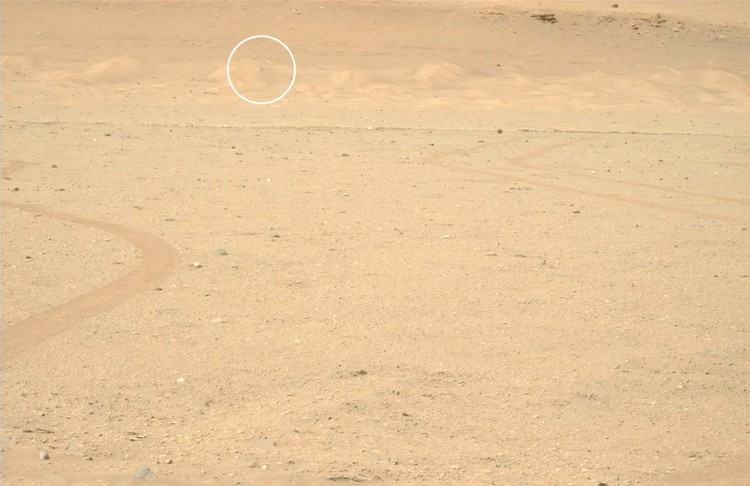 The 45-kilometer-wide Lake Crater is thought to have been a large lake or Martian river delta millions of years ago, and Perseverance is scouring the area for signs of ancient life on Mars. The six-wheeled robot also collects and stores dozens of samples to send back to Earth. A rocket aboard this lander is supposed to deliver the samples to Mars orbit, where they will be picked up by a European spacecraft and brought back to Earth.

Over the past few weeks, Perseverance has been placing duplicate samples in a “warehouse” in Lake Jezero Crater, an area the mission team is calling the Three Forks. So far, six of the planned ten samples have been placed. They will serve as a backup in case the technical condition of the rover does not allow it to deliver the collected material to the NASA lander, scheduled for the end of this decade. In that case, two Ingenuity-like helicopters would fly into the “warehouse” and one by one transfer the samples to the lander. If all goes according to plan, Martian rock samples could be on Earth as early as 2033.

AMD has discovered 31 vulnerabilities in its line of processors, including Ryzen and EPYC processors

Mudrik on the way to Chelsea, Petrakov in Armenia, Usyk's response to propaganda in Russia

One Piece: Yamato’s cosplay from yazbunnyy mixes charm and power