Important player. What is Zinchenko’s score for Arsenal’s match against Tottenham?

On Sunday, January 15, the match of the 20th round of the English Football Championship between Arsenal and Tottenham took place. The game ended 2-0 in favor of the Gunners.

In the starting lineup of “Arsenal” left the Ukrainian defender Alexander Zinchenko. He spent 86 minutes on the field and was replaced by Takehiro Tomiyasu.

After the match, the statistical portal WhoScored traditionally gave the scores to the players for the match. Zinchenko received 7.4 points, becoming the fifth in the team in this indicator. Gunners goalkeeper Aaron Ramsdale was the best player with 8.6 points. 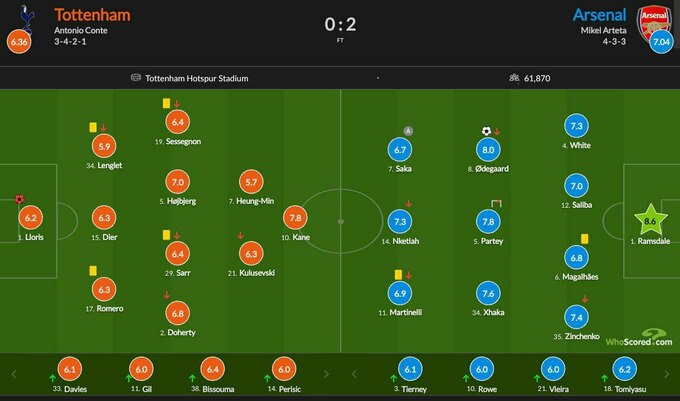 Big changes at Deutsche Bahn: What applies to rail customers with immediate effect

Call of Duty Modern Warfare 2: the new trailer reveals the date of the first raid, Atomgrad