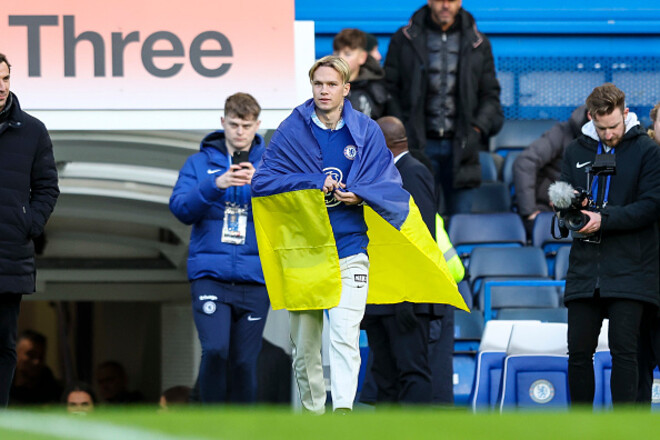 We invite you to familiarize yourself with a selection of the main news and materials on Aroged for Sunday, January 15.

1A. OFFICIALLY. Mudrik is a Chelsea player
Ukrainian midfielder moved to the English Premier League

1B. PHOTO + VIDEO. Mudrik presented to Chelsea fans at Crystal Palace match
The Ukrainian stepped onto the Stamford Bridge field

2. For a clear advantage. Barcelona confidently beat Real Madrid and took the Super Cup
The match for the Spanish trophy took place in Saudi Riyadh

3A. Zinchenko effect. Arsenal finally beat Tottenham in away derby
Mikel Arteta’s team kept the lead they got in the first half

3B. Chelsea beat Crystal Palace under Mudrik, Newcastle narrowly beat Fulham
Two matches of the 20th round of the Premier League have ended

4. Source: Dynamo had two offers to transfer Tsygankov
According to TaToTake, in addition to Girona, the midfielder wanted to buy the Dutch PSV

5. Simone won the mass start in Ruhpolding, Jima finished 21st
The last race of the fifth stage of the World Cup took place in Germany

6. Prometheus ended his performance in the first stage of the Czech Extraliga with a victory
The Ukrainian club took first place in the standings, losing only 3 matches out of 20

7. Yaremchuk did not help. Brugge painted the world with Anderlecht
“Black and Blue” scored two goals, but one in own net

8A. Confidently beat the American. Kostyuk started with a victory at Aus Open 2023
Ukrainian in two sets coped with Amanda Anisimova

8B. Devastating defeat. Tsurenko completed performances at the Australian Open 2023
Ukrainian woman could not cope with Karolina Muchova

8B. Pardoning Djokovic, Osaka’s unexpected pregnancy, and the Breakout of the Cool
Australian Open Preview

9. Harlan won a bronze medal at the Fencing Grand Prix in Tunisia.
In the semifinals, the Ukrainian minimally lost to Lucia Martin-Portugues from Spain

10. Cunning miner. And a very risky Mudrik
Valery Vasilenko – about the “Ukrainian transition of the century”

The developers announced the release date of Black Myth: Wu Kong - the game will be released in the summer of 2024

New trailer for Chef Life: A Restaurant Simulator is dedicated to cooperation with the Michelin guide

The Legend of Zelda Breath of the Wild x Princess Mononoké (Ghibli): an artist merges the two universes

Bloober Team: Former team member Artur Laczkowski is working on his own horror