After a missile strike in the Dnieper. Arestovich leaves the Office of the President

Freelance adviser to the Office of the President of Ukraine Oleksiy Arestovich announced on his Facebook page that he had written a letter of resignation.

This happened after the scandal over the Russian missile attack on the Dnieper.

Arestovich, on the air of one of the popular programs, said that the rocket that destroyed a residential building in the Dnieper fell on a high-rise building after it was unsuccessfully shot down by a rocket from the Ukrainian air defense forces.

This caused a scandal in Ukraine, and Russia used the words of Arestovich in their propaganda. Arestovich later apologized for the mistake, but has now announced his resignation from the Office of the President.

Alexei Arestovich became popular after the start of a full-scale Russian invasion, when he simply and clearly explained to the Ukrainians what was happening at the front. Many call Arestovich “calming”, as he usually claimed that the enemy would definitely lose. 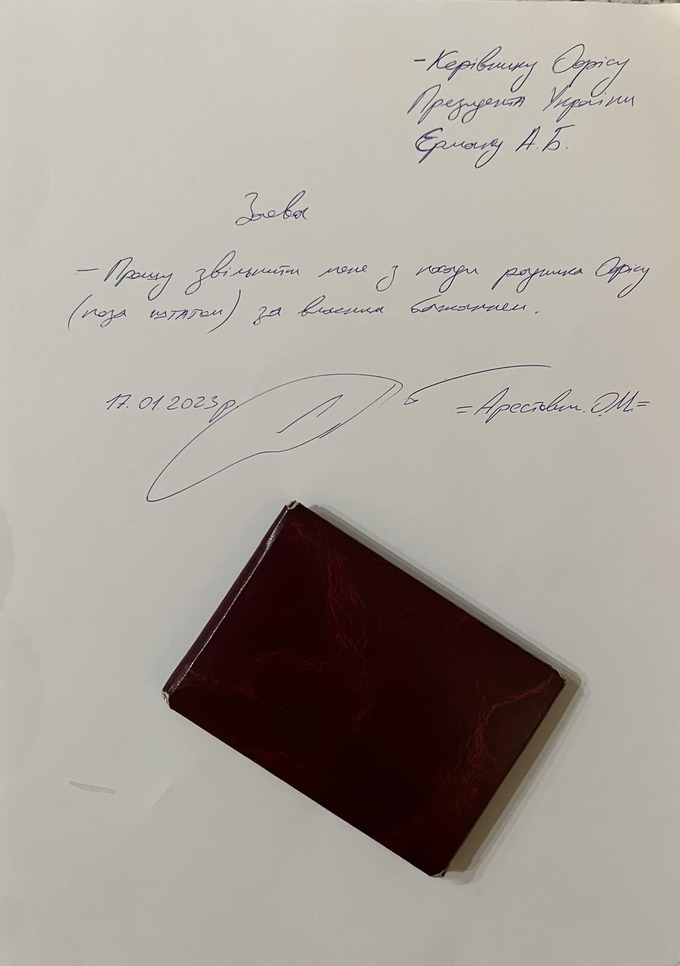 Google would also be working on a tracking tag... with a weird code name

Silent Hill 2: That's why the first part doesn't get a remake!

Tyson verbally destroyed the bosses of the Internacional, giving a fiery interview