Journalists IGN interviewed the producer of the series Motoi Okamotoas well as an artist Masahiro Ito and composer Akira Yamaokawho had a hand as to the original Silent Hill 2, and to other parts of the popular horror franchise. According to Okamoto, when Konami just decided to bring the series back on track, many of the company’s employees had their own vision of what the direction of a new game in the series should be. Motoi joined the publishing house just at that moment. He was given the task of uniting everyone under a single vision, which he did. Seeing a lot of indie horror inspired by the games in the series Silent Hill, Konami realized that it needed to somehow make its new projects stand out from the crowd. The publisher decided to consolidate its position by releasing a remake of an already established icon of the genre.

“When we thought about what the identity of Silent Hill is, we came to the conclusion that this is its psychological component. And if you ask people what a real psychological horror is, then almost everyone will answer – Silent Hill 2.

It was in order to consolidate the identity of the game series that the authors decided to start with a remake of the second part. Many at the company felt that it would have been more logical to start with the first game, but the team wanted to bring the series back with a project that would symbolize its core tenets. 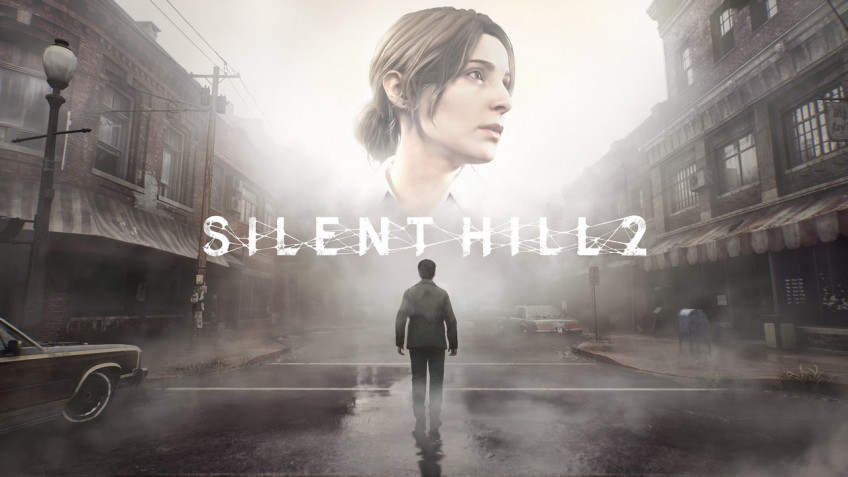 Okamoto notes that Konami’s ambitions are great – this has led to the need to collaborate with various studios to create several games in the series at once. And this despite the fact that it was decided to abandon some of the planned projects – according to the producer, they “did not take off.”

Motoi also notes that the number of games in development will likely continue to grow. The reason was secrecy, which previously prevented the publishing house from looking for partners.

“We couldn’t just go out and yell ‘Hey, everyone here! Bring us your [идеи для] projects on Silent Hill!“. And now we can, so the creators from all over the world who love Silent Hill will present their games to us. I promise that we will consider all offers.

Okamoto also noted that he likes the approach Bloober Team. According to the producer, the Poles take their work very seriously and consider video games to be a real art. Motoi thinks the Japanese are too shy to say such things, but the Bloober Team truly believes this.

The producer claims that in terms of graphics, the Polish studio is particularly successful in the environment, which makes the player feel everything the same as James. The icing on the cake is the new combat system, which feels more complex.

Echoed by Masahiro Ito, the artist of the original game, whose creative vision belongs to the monsters characteristic of the series. Ito praises the city, as well as the atmosphere that the Silent Hill 2 remake managed to create. Masahiro notes that they had special requirements for everything related to fog, and the Bloober Team catered to this request perfectly. Ito wholeheartedly believes in the incredible work that the team has done.

The composer of the series, Akira Yamaoka, noted that he played the games of the Polish studio and noticed the love and deep respect of the developers for the series.

Okamoto reveals technology is being used to create Silent Hill 2 remake Performance Capture, which allows you to simultaneously capture the movements of actors, shoot facial expressions and record voices. This made it possible to bring the detailing of emotional expression to a level unattainable by the standards of the original. The producer notes that the trailer showed the most expressive scenes, while the rest of the game is full of more subtle acting work.

Motoi also responded to the criticism of some fans who noted that in the remake the protagonist of the game James Sunderland got older. According to Okamoto, he and Masahiro Ito discussed this aspect separately and made a joint decision to raise the age of the hero. This is partly due to the fact that the fans of the original game have become older. In addition, the average age of people playing video games has increased. The Konami staff wanted to show James as more grown up and jaded by life. 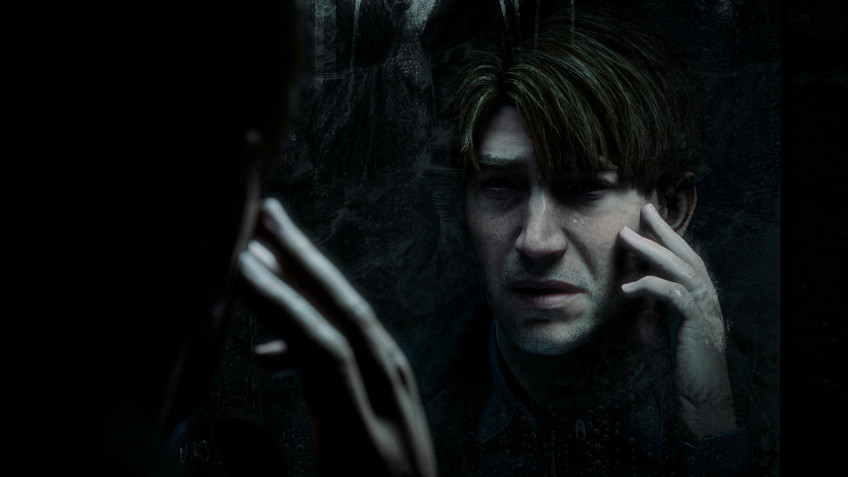 In addition, the producer noted that in the era of the PlayStation 2, everyone looked younger than intended due to the inability to show the structure of the skin – the faces of the characters were always smoother, which left its mark on the perception of the age of the characters. Modern technologies make it possible to realize details that emphasize even a slight difference.

As for the combat system, here the developers tried to respect the original concept of monsters and their behavior, however, due to the change of the camera to a more “immersive” one, they had to make a number of changes in the enemy AI. According to Ito, the number of enemies was also adjusted, but the artist does not specify in which direction.

In addition, the developers believe that criticism of the lighter tone of the game compared to the original is due to the fact that fans used to rely more on their imagination due to the need to think out what is hiding in dark corners. With the advent of the PlayStation 4, detail in games has reached a whole new level, which has relieved developers of the need to hide the lack of fine details with thick shadows. Masahiro Ito believes that the remake of SIlent Hill 2 will scare fans as much, if not more. Only the reason will change. 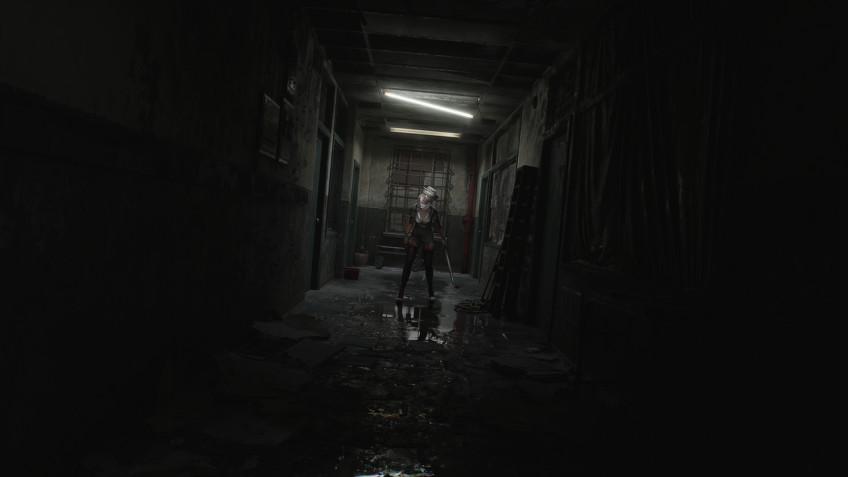 Speaking about the production of the original game, Ito recalls that the team responsible for the very first part was not involved in the sequel. The remaining staff wondered if they could make the second part an authentic sequel to the first without the people who came up with the key concepts of the first game. So the developers came to the decision to make a kind of offshoot that would remain the second part.

According to Ito, at some point the team seriously considered the tape as the main source of inspiration. David Lynch «Highway to nowhere”, one of the concepts of which is the difficulty to perceive without repeated viewing. Moreover, the authors planned a sharp change in the protagonist in the middle of the game, which was supposed to surprise the player, but in the end the idea was abandoned in favor of focusing on the story of James.

Shared his memories of the development of Silent Hill and composer Akira Yamaoka, who said that his work was influenced by things not related to the gaming industry. According to the musician, when working on the first part, he was very annoyed by the approach to the soundtrack, which was practiced by the developers of those times. The music, according to Yamaoka, was one-sided and made as if by instructions. Akira notes that he wrote compositions as if he was “trying to kill video game music” rather than as if his life depended on it. The latter method, according to the composer, only leads to exhaustion.

However, he believes that he “overdid it” a little in the case of the first part, but working on it allowed him to “reboot”. That’s why he approached Silent Hill 2 in a more calm and balanced state. 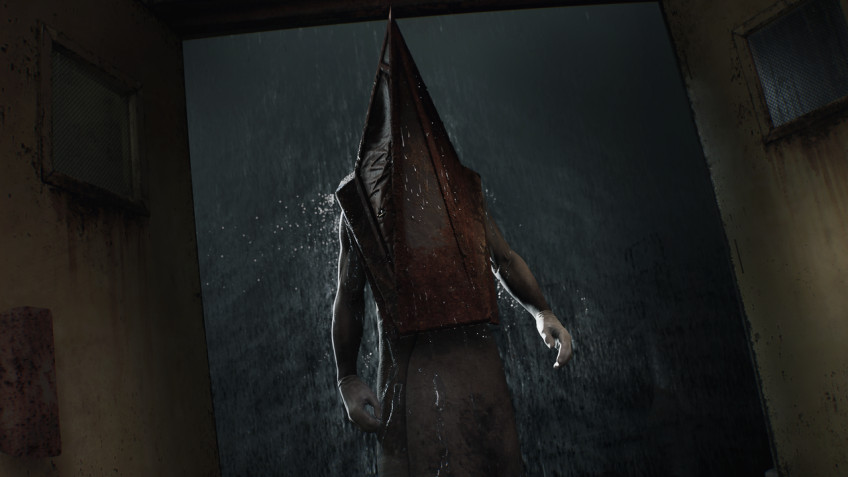 Yamaoka recalled that Laura’s theme was inspired by an old children’s song as well as a Japanese folk song. According to the musician, this is the first track he worked on when he started creating the soundtrack for the sequel.

At the end of the conversation, Masahiro Ito stated that he hoped for more diverse games in the series. Echoed by producer Motoi Okamoto, who noted that the franchise is only gaining momentum.

Bloober Team’s Silent Hill 2 remake will release on PlayStation 5 in 2023. Later release of the game will take place on personal computers.

The General Staff of the Armed Forces of Ukraine: "The defense forces hit 11 concentration areas of the invaders"

That's it, a big brand is replacing employees with an AI

PS5: Check a date for the integration of Discord and its voice chat