It was not until autumn 2022 that it was announced, relatively surprisingly, that Anno 1800 would be released on PS5 and Xbox Series X/S. Ubisoft is now keeping the promise of releasing new information in early 2023. 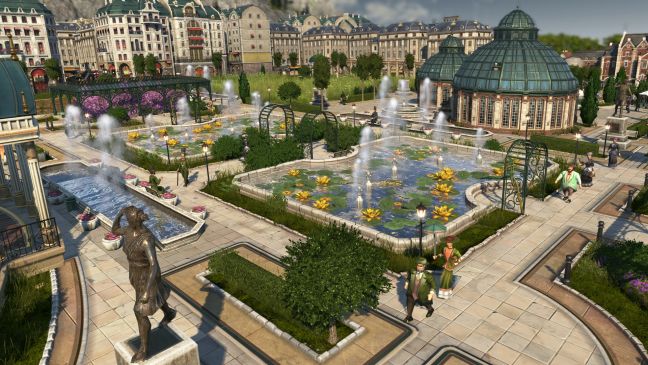 Anno 1800 for PS5 and Xbox Series X/S was announced in October, the first play tests should follow in November, and further information was announced for early 2023. This is the case now, because today at 5 p.m Ubisoft wants to present the console version of Anno 1800 in a live stream on Twitch.

The developers are not yet revealing what exactly Anno 1800 Console Edition will show us. “We’re really excited to show you what we’ve been working on and how you’ll soon be able to experience Anno 1800 on Xbox Series X|S and PlayStation 5,” the announcement reads.

It’s always exciting for us, because Anno 1800 is the first game in the series to be fully implemented for consoles. The question of whether Ubisoft will also announce a release period for the Console Edition as part of the stream will be interesting.

Apart from that, Ubisoft confirms that the upcoming 16.1 update, due to arrive on January 19th, is currently in the validation phase. The patch notes should be published shortly after the release. It is also confirmed that a new cosmetic DLC called “Dragon Garden” Pack will be released along with the update.

The CGI teaser is a preview of the Anno 1800 DLC “New World Rising”.

Steam: New sale is live - these are the mid-week game deals

China: the manufacturer of the iPhone chip is hacked, Apple in danger?