Brazilian newcomer to Dnepr-1: “Russia is completely to blame for what is happening” 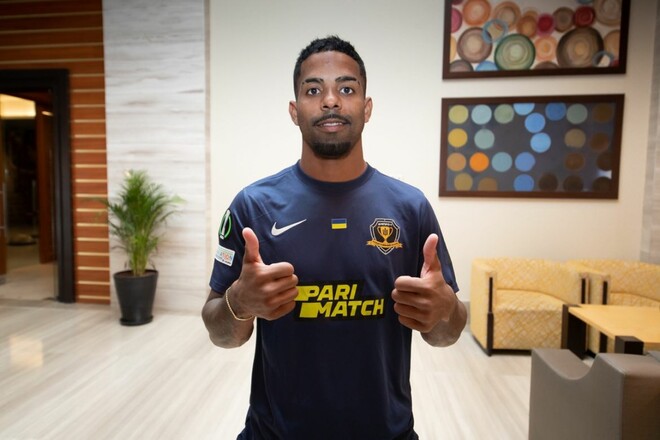 Brazilian newcomer “Dnepr-1” Heiner gave the first interview to the press service of the club:

– The first impression is very good. It is immediately noticeable that this is a very ambitious project. I know that Dnipro-1 performs well in European tournaments, is the leader of the championship and has the prospect of playing in the Champions League.

– Please tell us about your previous career.

– Started at Rio Branco, then moved to Baia, played at Nautico and Paysandu. He played for Cuiaba in the Brazilian Serie B, and in Serie A for Atlético Goianense. And so, now I’m here.

– At Atlético you played under the guidance of the famous Jorginho, who was a player in your role. What did you learn from the world champion?

– Yes, it really was a good school and invaluable experience. We talked a lot. Jorginier always focused on me playing more on the attack.

– There are a lot of cool laterals in Brazil. Who were your idols?

– Cafu and Dani Alves. They were both world champions, played for big clubs.

– What do you know about the war in Ukraine? Were there any concerns before signing the contract?

“Yes, I know that your country has been attacked and is at war. In this aspect, the decision was not easy, but after talking with the agent and representatives of the club, I agreed. I’m ready to play in Ukraine.

What do people in Brazil say about the war?

– If in a few words: Russia is completely to blame for what is happening, and your people have no other choice but to fight.

Note that Hainer moved to Dnepr-1 on loan. Recently, the player has been on loan for Atlético Goianense, having a contract with the Azuriz club.

The House of the Dead: Remake – auch für PS5

Anno 1800: Ubisoft names the date of the console version of the strategy game

GTA 6: A trailer in preparation, soon a release date? The news

The Sims 5: the cracked and pirated EA game a few weeks after the announcement