Dead Space Remake: Information on the technology of the next-gen versions – quality and performance mode

Electronic Arts has now officially commented on the technology of the next-gen versions of “Dead Space Remake”. This can be seen on both PS5 and Xbox Series X. 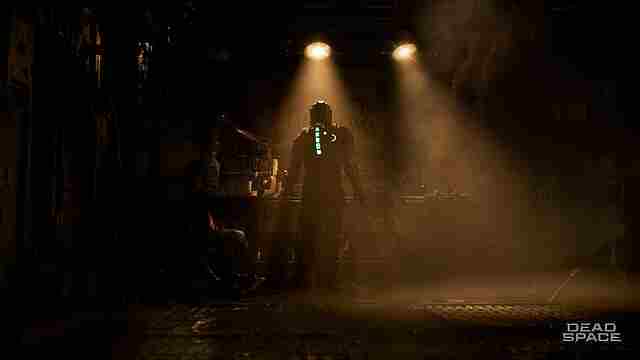 “Dead Space Remake” stays true to the gripping vision of the original. Built from the ground up in the Frostbite engine for next-gen consoles and PC, the reboot features enhanced sound and crisp graphics that have been carefully remastered to reach new levels of immersion and quality. And thanks to new narrative elements, there is even more to discover on board the new edition. The USG Ishimura will make players question their own sanity as they delve into the depths of the ship and begin to unravel its mysteries. They have to fight for their survival, because monstrous horrors lurk around every corner.

“Dead Space Remake” puts players in the role of Isaac Clarke, an ordinary engineer who is on a routine mission to repair a gigantic mining starship, the USG Ishimura. But a real nightmare awaits him on board the Ishimura: the ship’s crew has been killed and infected. And Isaac’s friend Nicole must still be on board somewhere. Isaac is alone and trapped. All he has left is his technical tools and engineering skills, which he uses to fight for survival – not only against terrifying monsters called “Necromorphs”, but also against his own sanity.

The Slice System: The Necromorphs are unique monsters that utilize the new slice system, which simulates multiple layers of flesh, sinew, and bone that can crack, tear, or shatter. And while strategy remains a key factor, using the variety of unique weapons and abilities will also give players more opportunities to get creative in the fight against this formidable foe.

The Intensity Director: The beautifully crafted, equally immersive world of Dead Space has always invited you to lose yourself in the game world, but now players will truly feel every step Isaac takes on his journey. The new Intensity Director dynamically adjusts what appears in Isaac’s path – from Necromorph spawns and the way they attack, to environmental effects such as lights, smoke, particles and sound. Isaac’s heartbeat, breathing, and exertion also adjust to his stress levels, giving players direct feedback on his mental, emotional, and physical state.

An Engineer’s (Night) Dream: With no weapons or support, Isaac is forced to defend himself against the Necromorphs using high-tech mining tools to strategically dismember the nightmarish creatures, solve puzzles in his thrilling journey, and repair the broken systems to use the Ishimura to his advantage. The originally mute protagonist is now voiced in English by Gunner Wright, the original voice of Isaac in Dead Space 2 (2011) and Dead Space 3 (2013).

A Fully Connected Ishimura: As players make their way through the frighteningly narrow corridors and dark corridors of the USG Ishimura, the gameplay experience from the opening screen to the end credits is uninterrupted by a single loading screen or camera cut. The giant mining spaceship has been updated with new rooms, paths and obstacles for the remake, allowing for seamless exploration with new map controls and an improved tracking system.

“Dead Space Remake” will be released on January 27th for PlayStation 5, Xbox Series X|S and PC.

This week's Game Pass releases are now available to pre-install

Huawei has significantly increased the supply of smartphones to Russia

OFFICIALLY. Vyacheslav Shevchuk has been appointed vice-president of Veres