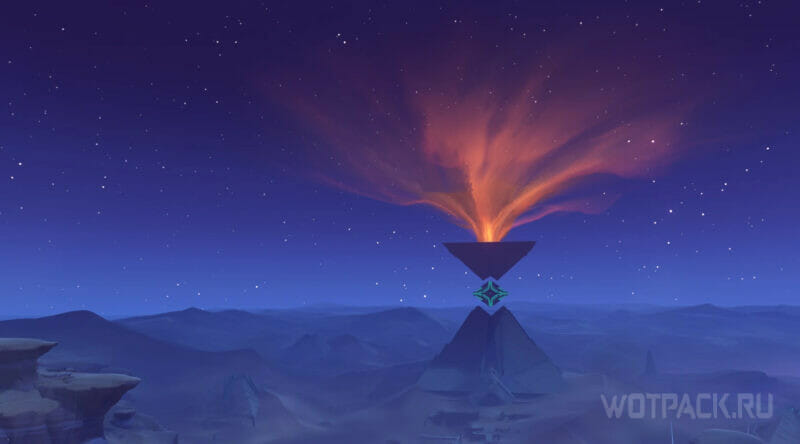 Hidden achievements in Genshin Impact 3.4 involve exploring the new desert region of Hadramavet and completing various quests. Access to them opens after certain conditions are met, which may not always be obvious. In this guide, we have collected all the achievements of the update, described in detail the requirements and ways to unlock them.

For convenience, achievements are categorized and have descriptions, just like in the game. If you need to find specific ones, you can use the keyboard shortcut CTRL+F on a PC or the search button on the page (magnifying glass in the upper right corner) on the phone.

At the moment, the list contains achievements from CBT game files. After the release of the patch, the sections will be supplemented and, if necessary, adjusted.

List of hidden achievements in Genshin Impact 3.4: Wonders of the World section

In total, version 3.4 introduces 21 secret achievements. Next, we will consider each achievement in more detail.

“It’s just eternal slavery!” “Djinn Lilupar, immersed in sleep for hundreds of thousands of years, makes a pact with you. Get a new tool (gadget) Djinn Lilupar during the passage of the quest chain Panikhida Bilcis.
The Past of the Nameless City – the frescoes in the temple of Gurabad testify to the magnificent bygone era…
A quiet paradise without dreams – this is the mausoleum of the goddess of flowers, the place of the eternal and sound sleep of the deity …
“…She will take revenge…” – will the villains and their oracles know about this day, when the avenger unleashes her righteous wrath?
Sweeping everything in its path – blind Unut rushes through the desert, but even such reckless undertakings sometimes bear fruit…
Origin of divergence – Find out the truth behind the destruction of the Hermit research expedition in Gurabad.
Didn’t even need a guide… – return Benben to its previous state.
Hunter’s Grace – Tadlé the falcon has chosen her fate… Complete the quest “Falcon with Folded Wings”.
Traveling on a magic carpet – a new world, so dazzling and breathtaking!
“Life is an amazing thing?” – Unuta’s palace can be confusing, but life always finds an unexpected path…
Ancient garden and spring – the pools on the terraces, which were once filled with spring water, are now covered with yellow sand…
In his best… – purple padisars bloom on an empty throne, like the eternal smile of their mistress …
For you are sand, and to sand you will return like everyone who lives in the desert…
The Perfect Sandstorm “We’re heading straight for atmospheric hell.”
Loveless tarantula – “I swear, I’ll put you on the soap!”
A protracted union treaty – let the destinies be destroyed, but the agreement continues to live in oblivion …

blood moon – what terrible games were played on this huge chessboard under the light of a blood-red moon?
Show your shame to the kingdoms – make the damaged chessboard reappear among the sands.
Parvezravan Hvarra – Restart all Primordial Obelisks in Hadramavet Desert.

“I hate him too!” – let Unut attack you for the first time.
The lord of incense… – Trigger the Dispel reaction with Erosion Orbs to attack Unut Setekh while he is levitating.

The amount of source stones for opening all achievements

For opening all the achievements of patch 3.4, you can get a total of 105 source stones.

We hope our guide helped you get new hidden achievements in update 3.4. If you have any questions or difficulties, please write to comments. Follow the guides and walkthroughs on our website.

We Were Here Forever Coming to Consoles January 31st

Treasure maps in God of War: Ragnarok – how to find and get treasure