The HoYoverse team has decided to officially introduce two new playable characters for Genshin Impact. The first one is probably already well known to most players, since it was present in almost all the story missions of the Twilight chain. We are talking about the mercenary Daehye (Pyro). 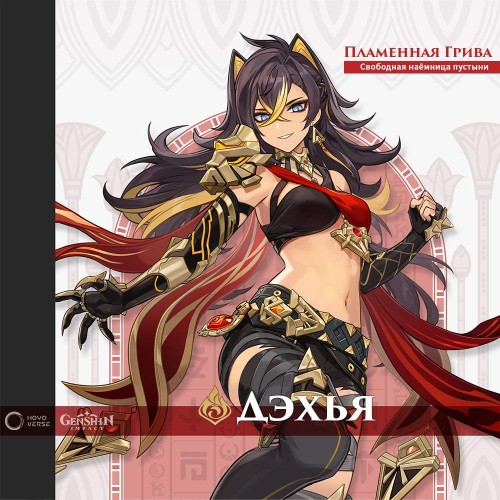 The developers have not yet revealed her rarity and weapons, but we can say with a 99% probability that she will be 5-star and use a two-handed sword in battle. According to the leaks, she will receive a signature claymore from the Tsar Deshret line, and her abilities will be focused on enhancing the Combustion reaction (Pyro + Dendro).

The second hero will be the cartographer Ordo Favonius named Mika, who players could meet in the main event of update 3.1. The art indicates that he possesses Cryo’s eye of the god, and his weapon is unknown. Insiders have previously stated that this character is using a spear, but in the image he is holding a book that resembles the Catalyst. 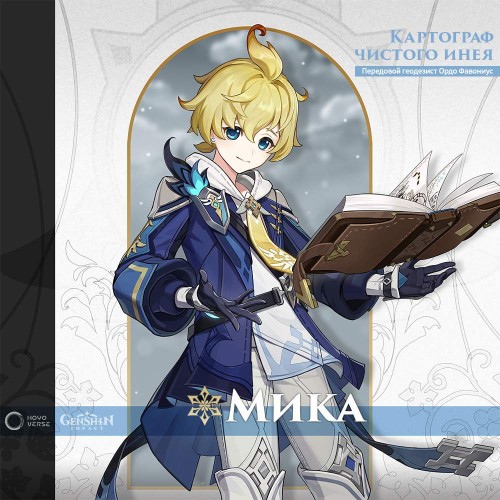 Most likely, this book is an ordinary diary where Mika writes down intelligence. In addition, earlier developers have already drawn characters on art with weapons that were not their main combat weapons (for example, Raiden was often shown with a katana in his hands). According to rumors, the rarity of this character is 4 stars, and in the team he will play the role of a support. Both new characters will most likely be released in Update 3.5.

In addition, the studio also posted a review trailer for the 4-star Dendro heroine Yao Yao, who uses a polearm. In the detachment, she will act as a healer. If desired, it can be collected in sub-DD. It will be added to the game on January 18th.

From sowing to spectators. Kanepi and Trevisan said goodbye to the Australian Open

The authors of the card Warhammer 40,000: Warpforge showed the trailer of the game

Dead Space Remake: Information on the technology of the next-gen versions - quality and performance mode

This week's Game Pass releases are now available to pre-install

Xiaomi smartphone: how to configure the home screen

Marseille head coach: “We are happy that Malinovsky is with us”