Intel CPUs learn to save: The first Speedstep processor and AMD’s farewell to Fusion (PCGH-Retro, January 18) 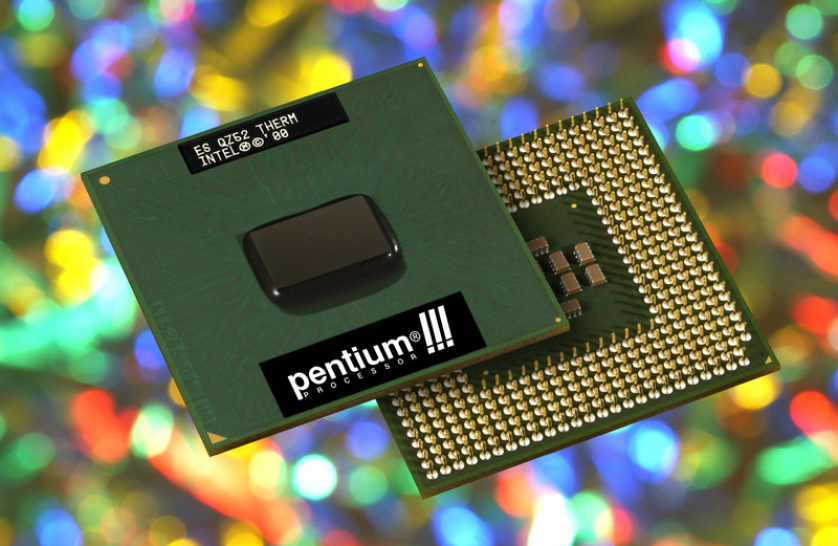 01/18/2023 at 00:01 by Carsten Spille and others – The first Speedstep processor and AMD’s farewell to Fusion – both came on January 18th. Every day, PC Games Hardware takes a look back at the young but eventful history of the computer.

…2000: On January 18, 2000, Intel announced a new mobile processor for notebooks, the Mobile Pentium III with 600 MHz, codename: Geyserville. That in itself is nothing special, but for the first time this CPU offers a new technology called Speedstep, which teaches the chip how to save energy: If the notebook is not connected to the network, the CPU automatically lowers its clock from 600 to 500 MHz. A small step for the processor, but a big one for the CPU technology: Speedstep is being consistently further developed and will soon also be found in desktop chips as Enhanced Intel Speedstep Technology (EIST), AMD brings its own technology called Cool’n’Quiet as the successor to the previously available PowerNow. Both methods reduce the clock and, above all, the core voltage even in idle phases, which significantly reduces the power consumption and thus increases the battery life. And soon it will no longer just be performance that counts in the computer world, but also efficiency.

…2006: Every year the 3DMark child comes: 3DMark 06 saw the light of day on the download server on January 18th. Only the 580 MB basic version 1.02, which offered a limited range of functions, was available free of charge. In any case, you will see all graphics tests, including the newcomer “Deep Freeze” compared to 3DMark 05. The system requirements were as follows:
• CPU with 2.5 GHz or more
• DirectX9-compatible graphics card with Pixel Shader 2.0 and 256 MB VRAM
• 1 GB main memory
• 1.5 GB of free hard disk space
• Windows XP

Further information, a picture gallery as well as the current downloads for 3DMark06 can of course be found at PC Games Hardware.

…2012: It was almost ubiquitous when dealing with AMD since 2006: Since the takeover of the Canadian graphics chip specialist Ati, the motto of the Texans has been “The Future is Fusion” (The future is called Fusion). But from January 18, Fusion was history – but only the name and not the idea behind it. The banal reason: The Swiss cooling specialist Arctic had already secured the “Fusion” brand and AMD, according to their own statements, had already warned AMD about it in September 2011. In a blog entry on January 18, AMD Fellow Phil Rogers announces the new, old Fusion: Heterogeneous System Architecture, or HSA for short, is what the child of CPU and GPU is now called. Maybe that was a good thing, because the first angry mockers already mocked the still little concrete efforts to create a Fusion System Architecture Intermediate Language (a programming interface), which was abbreviated to FSAIL and could easily be changed to FAIL (failure) by omitting the S – with This could not happen with the current HSAIL.

It’s confirmed, the Nothing phone (2) is coming this year with a surprise

The Last of Us: The second biggest HBO debut since 2010

Release date, console interface and gameplay in the Anno 1800 trailer

Several new screenshots of Atomic Heart have been published

The Witcher 4: Wild Hunt Lead Animator as Director of the new saga