Rakitsky is back in Shakhtar, Tsygankov is in Girona, Ukrainians are at the Aus Open 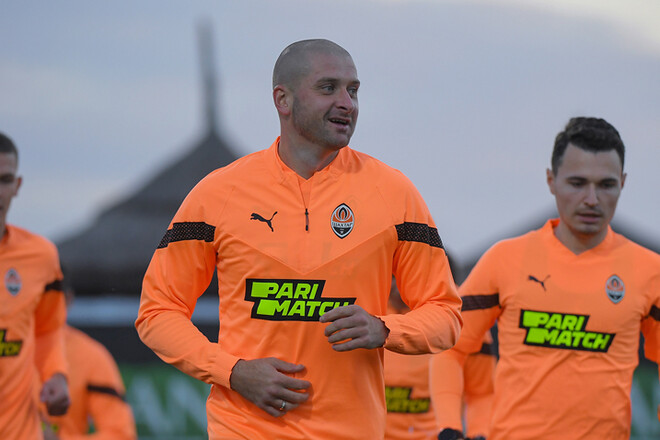 We offer you to familiarize yourself with a selection of the main news and materials on Aroged for Monday, January 16.

1. Big comeback. Yaroslav Rakitskiy has signed a contract with Shakhtar. The player has so far received a contract only until the end of the season

2. Source: negotiations are successful, Tsygankov is moving to Girona now. Kiev “Dynamo” will receive compensation from the Spanish club

3. Transfer through the back door. Why Tsygankov did not follow in the footsteps of Yarmolenko. The current leader of Dynamo did not want to agree to the conditions of Igor Surkis, as his predecessor did

4. VIDEO. The ex-leader of Shakhtar got into a scandal. UEFA will complain about him. Mkhitaryan drew a map of Armenia with Nagorno-Karabakh, which Azerbaijan did not like

5. The path is clear. Records that Messi will break after the departure of Ronaldo to Al-Nasr. The Argentine gets a great opportunity to surpass many of the achievements of the Portuguese

6A. A PHOTO. Russian flag at the Aus Open at the Ukrainian match. The reaction of the ambassador and Kostyuk. And this is on the 11th month of the war …

6b. The first racket of Ukraine Kalinina confidently started at the Australian Open 2023. Angelina beat Coco Vandewey in straight sets

6C. Bindl outplayed the Russian in the first round of the Australian Open. Katerina wins Australian Major for the first time in her career

6d. Lost ex-fifth racket. Yastremskaya failed to qualify for the second round of AO. Ukrainian lost to Alena Ostapenko

7. Ivan Redkach: “I’m done with boxing.” Ukrainian made a statement

8. Stanislav Medvedenko told which Ukrainians can get into the NBA. Two-time NBA champion thinks Issouf Sanon has a chance

9. Stepan Kinash and Yulia Gorodna became bronze medalists of the 2023 Universiade. The Ukrainian national team won the first medal of the competition in Lake Placid

10. The triumph of the Norwegians in Wengen and the lottery in Zakopane. Results of the ski week. Aroged sums up the results of the week in ski sports

The Mandalorian Season 3 Gets a Poster and Official Trailer

Activision Blizzard: EU to issue antitrust warning against Microsoft, according to report

To not leave. Roma set to renegotiate Dybala's contract

NHL. 7 in a row victory for Vegas, success for Tampa, defeat for Washington and Boston