Com2uS announces a major update for the mobile collectible RPG “The Walking Dead: All-Stars”. With this update comes a fiery new character and a variety of events with useful rewards. 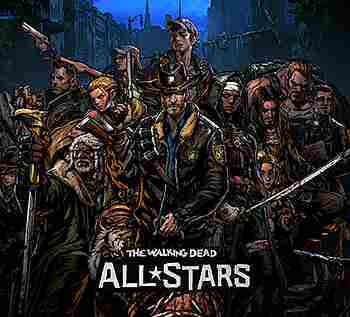 The global update offers the new content Benefits and Building Management, with which you can significantly improve the skills of your characters. Benefits are primarily used to improve the skills of mythical characters. A total of nine benefits can be applied to mythical characters to further increase their fighting power. The requirements for crafting benefits are owning more than one mythical character and completing stages 17-40 in the main content world. After this update, benefits will first be available for Ally and Neutral characters, with other characters gradually rolling out this feature. In addition, building management content will also be available. By activating different buildings you can get additional items and weapons for your characters. Also, by activating communication, you can get characters you want more easily.

John, a new epic character, is coming to town. He is an original character from The Walking Dead comics who uses a flaming hammer to damage all enemies within range. A technician capable of dealing with many enemies at once, he uses a variety of offensive abilities, including devastation. In addition, a new skin for Kate will be available.

After this update, several events will take place where you can get a variety of useful rewards. In addition, as part of the town administration event, a reward selection chest containing valuable items for character development can be earned. In addition, starting on January 27th, the warehouse clearing event will start.

The next HomePod would arrive “very soon”, but not today

Announced the release of The Dragoness: Command of the Flame on Xbox Series X | S

One Piece Netflix: a landmark scene from the manga upset the creator, he can't wait to show it