TOP 10 best races of our time

It would seem that quite recently the genre of racing games was almost at the top of the entire gaming industry, especially in the era of the old Need for Speed. Now, of course, everything has changed a lot, nevertheless, almost every gamer sometimes thinks about how to “drive” in some project without burdening the brain with a complex choice of story games, without learning infinitely accurate shooting in shooters and without memorizing complex rotations in MMORPG.

In this article we will talk about the best races to date, in which you can spend many pleasant hours. It is important to note that the list does not include hardcore driving simulators, where serious steering wheels, cockpits and other equipment are needed to get a gaming experience. Also, the places in the top are conditional.

Motor Town: Behind The Wheel

Our top is opened by a very funny racing project in which absolutely everything can be done – this is Motor Town: Behind The Wheel. Despite its unpretentious graphics (this can also be attributed to the game’s chips), here you will find an exciting and varied gameplay with more or less realistic physics. Do you just want to travel the world? Can. Get a job as a taxi driver, police officer, bus driver or cargo carrier? It’s also possible. In addition to road traffic, Motor Town also has residents of the city, from whom you can take various tasks or get professions.

The most pleasant thing is that with all the features of Motor Town: Behind The Wheel, you do not need top-end hardware, because the authors declare only 4 GB of RAM, a simple Intel i5 or AMD FX, and GTX 750 or RX video cards in the minimum requirements. 460. For a comfortable game, you only need a keyboard mouse, but steering wheels are also supported.

By the way, in Motor Town: Behind The Wheel there is also a cooperative mode in which you and your friends can complete all sorts of tasks and do whatever you want. 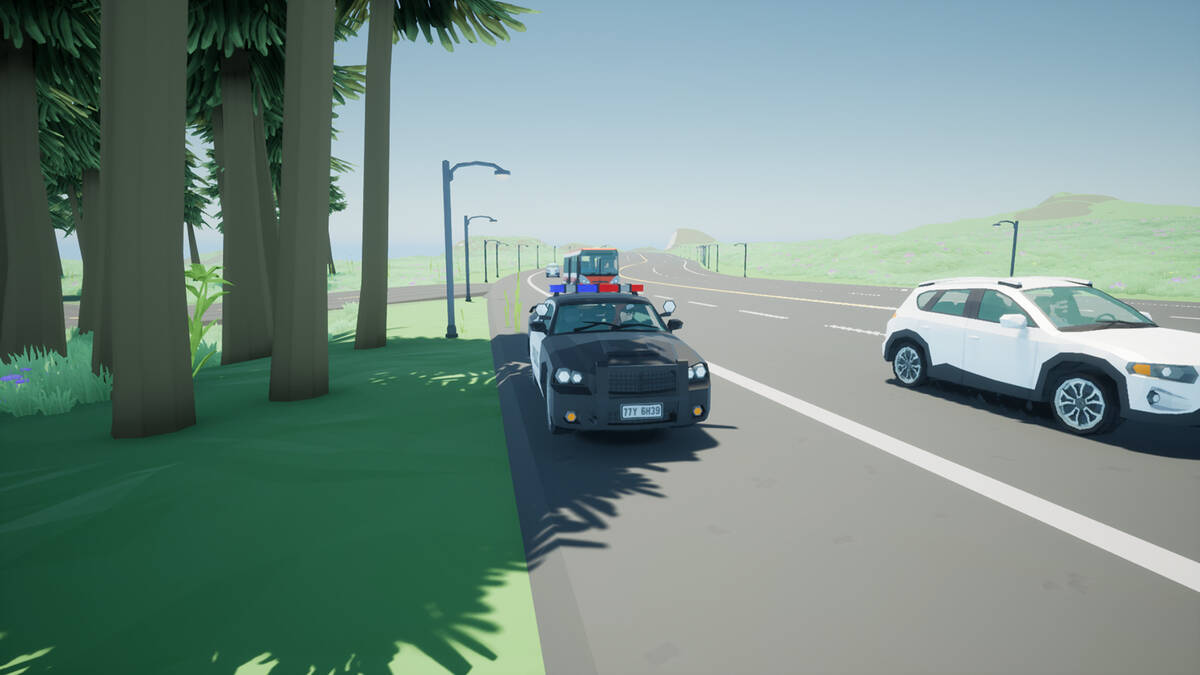 For lovers of high-quality, but casual drifting, the car simulator CarX Drift Racing Online got into our top. The game is perfect for both “keyboarders”, gamepaders, and for owners of game steering wheels. In addition to constant rides, there is also a progression: you develop your account by purchasing new cars and installing various parts for modification in them.

Another nice factor, of course, is the presence of multiplayer. Have you ever seen a pair of drift championships? CarX Drift Racing Online can “give corners” even in groups.

It should be understood that the project was created exclusively for drifting, so if you are not a fan of this discipline, then CarX may not make the right impression. 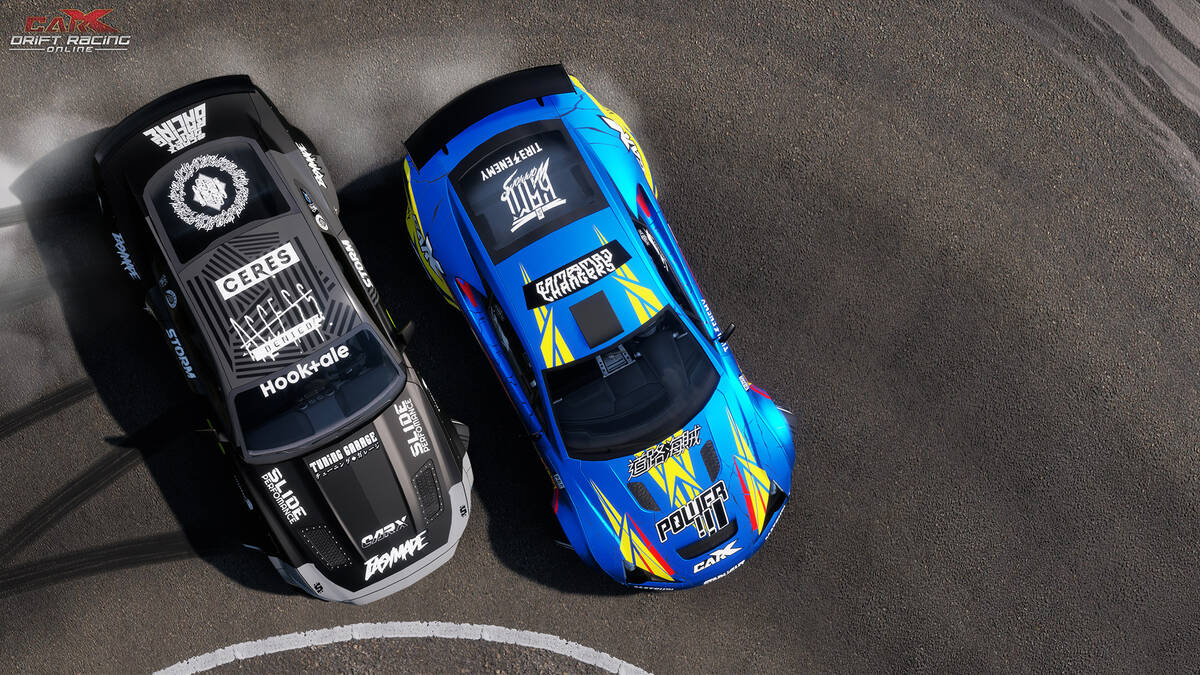 If at one time you liked to break cars in the FlatOut series of games, then the next project will probably be interesting. Wreckfest was released back in 2018, but to this day it receives content updates and DLC. And so far, unfortunately, there has not been a worthy multiplayer competitor.

In Wreckfest, racers take part in both single and multi-user races, after which only the frame and wheels remain of the cars. In addition, in addition to cars, you will find various bizarre modes of transport such as a sofa and an outdoor toilet on wheels, various mini-cars for children and much more.

In addition to the varied gameplay, the game offers decent graphics and excellent physics, bordering on simulation and arcade (in favor of the latter). 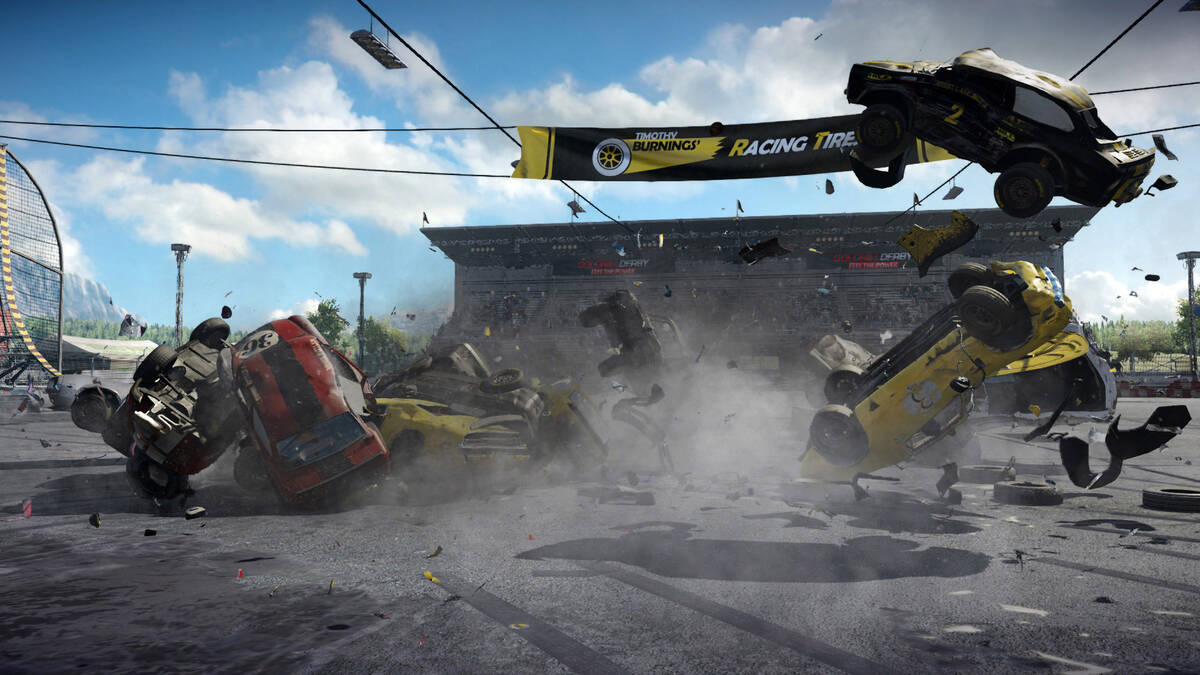 The next contender for the title of the best modern racing, in our opinion, was Need for Speed: Heat. Most likely, you will wonder, why is the top part of NFS not in the top? The fact is that Need for Speed: Unbound upset the fans of the series a little, at least because of the introduction of cartoon characters and effects. Yes, the latter can be disabled in the settings, but the characters and cutscenes remain unchanged. Plus, the physics of cars and destruction turned out to be very mediocre.

Need for Speed: Heat is also not something chic, if we take classic and cult parts in comparison. Nevertheless, this game has everything you need: daytime legal races with their own atmosphere, as well as illegal night outings that seem to send you into a completely different game. As for the plot, there are not enough stars from the sky – a standard sketch like “We are cool racers and we will rid the city of bad corrupt cops.”

Gameplay-wise, this part is a little more saturated with the atmosphere of the legendary NFS with a huge number of different cars, ranging from Japanese classics to Italian sports cars and so on. And, of course, players have access to a sea of ​​tuning, both “internal” and cosmetic.

By the way, the multiplayer is still alive, so it’s still possible to ride with friends online. 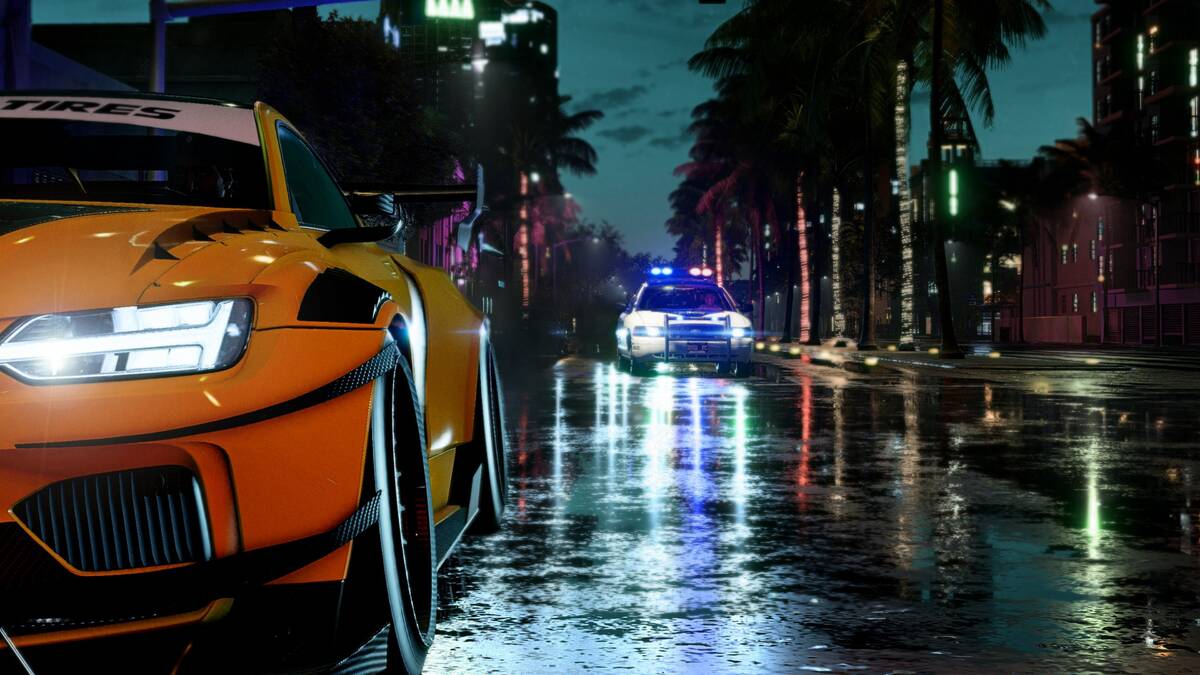 The Gran Turismo series of games, which began its journey back in 1997, unfortunately for many fans of sports racing simulators, is an exclusive to the PlayStation console. Despite the fact that this project borders on hardcore simulators, it is perfectly adapted to the control of the gamepad. Therefore, during competitions against pilots with rudders, you can still show a good result with proper skill.

Ultimate Gran Turismo 7 was released at the beginning of 2022 and offered everything that was in the previous parts, but with various improvements: the game still has a large number of cars of different classes, a lot of challenges, tasks, online tournaments and excellent graphics. 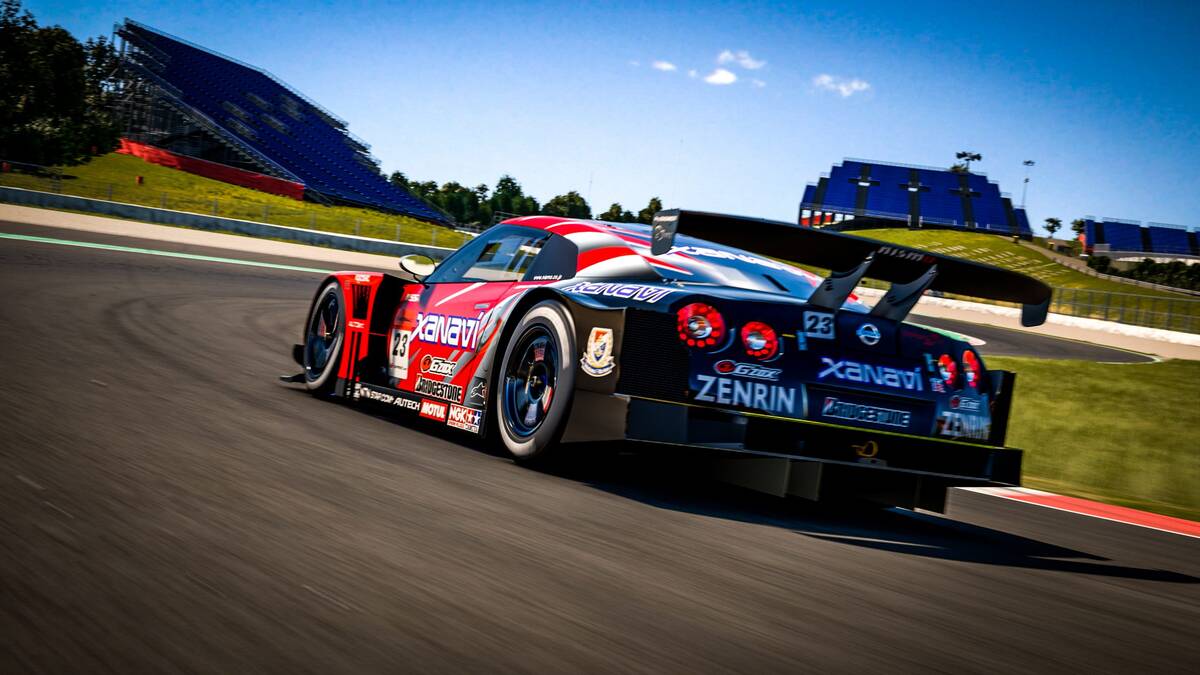 The next line of our top is occupied by the notorious rally simulator called Dirt Rally 2.0. The DIRT franchise has been familiar to racing fans for a long time, but this part of the series turned out to be really excellent, which is why it has practically no competitors.

Dirt Rally 2.0 has amazing graphics, good car physics, as well as elaborate well-known special stages from different countries. More than 50 cars of different classes are available for the driver to choose from, each of which is controlled in a truly unique way.

Most importantly, this car simulator is suitable for both casual and hardcore players, because it has both simple and more complex locations. 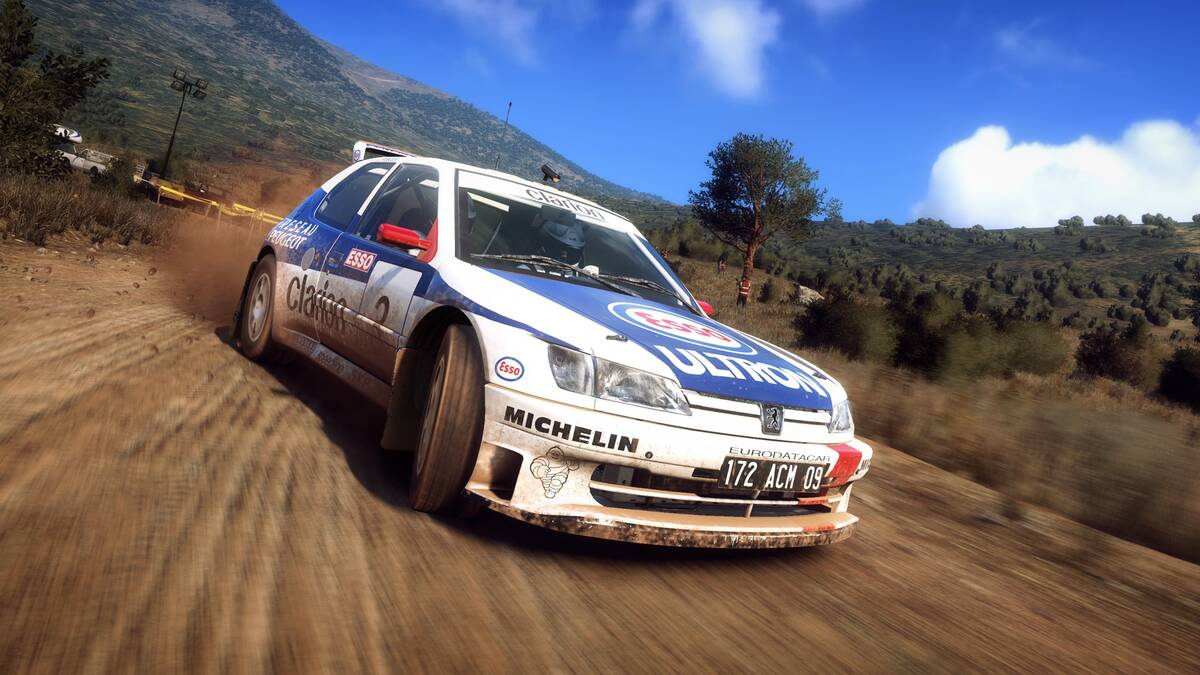 Perhaps you were surprised that among the dynamic races, a trucker simulator with its measured and meditative driving wormed its way. Basically, that’s how it is. In Euro Truck Simulator 2, you choose your route, set off on a trip to various countries with sometimes stunning views, and calmly turn the steering wheel until the voice from the GPS announces the end of the route.

Everything changes after downloading mods for sports cars and entering some server. This is where the fun begins: some players fulfill orders, others just ride, enthusiastically maneuvering between traffic, and so on. But even here it is not without drawbacks. It often happens that such rides turn into chaos.

In any case, Euro Truck Simulator will give the player the opportunity not only to meditatively develop their business, buy new cars, fulfill orders, but also go towards crazy races. 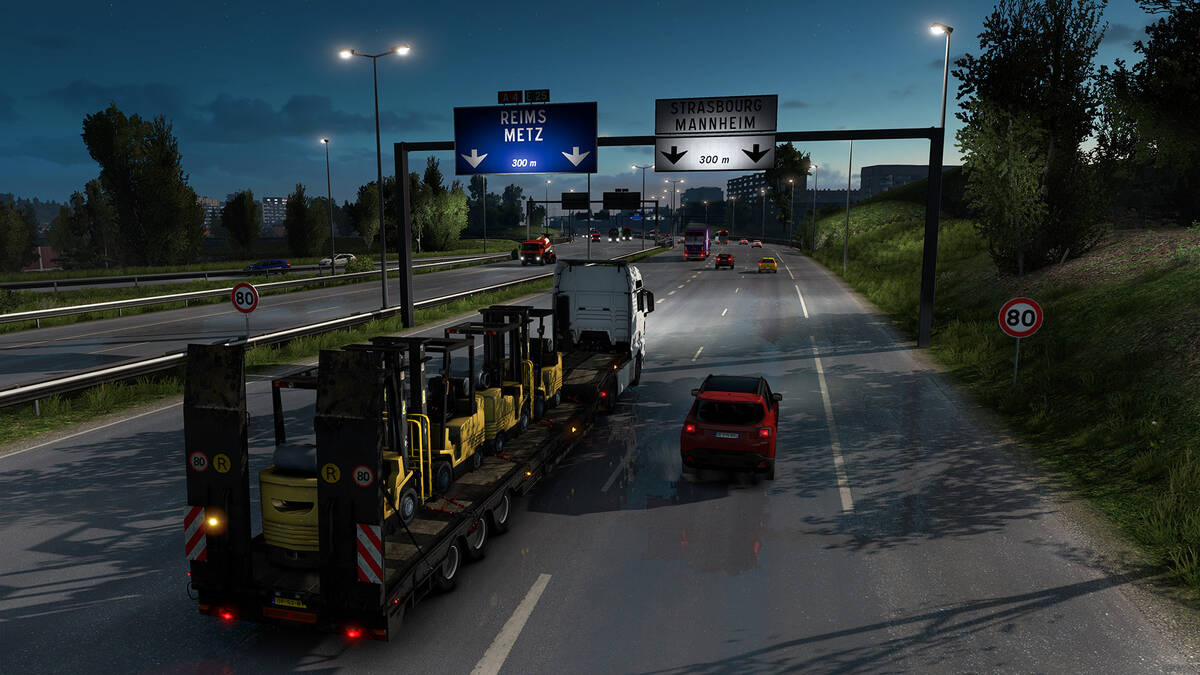 The Forza Horizon series is one of the most memorable racing games out there, where it’s sometimes just fun to explore a vast open world. The fourth and fifth parts of the franchise are popular among motorists to this day, because in addition to gorgeous graphics and an open world, the games have relatively good physics and a variety of cars. Moreover, in the settings you can always choose to control the simulation or arcade.

The main difference between Forza Horizon 4 and Forza Horizon 5 is the location of the festival: Britain in the first case and Mexico in the second case. Both projects have a huge number of activities, ranging from ordinary circuit races to various crazy challenges. There are also a lot of cars here, and of various classes.

As far as controls are concerned, a pleasant gaming experience is provided both on the keyboard and on the steering wheel, but Forza Horizon 4 and 5 are best adapted for the gamepad. 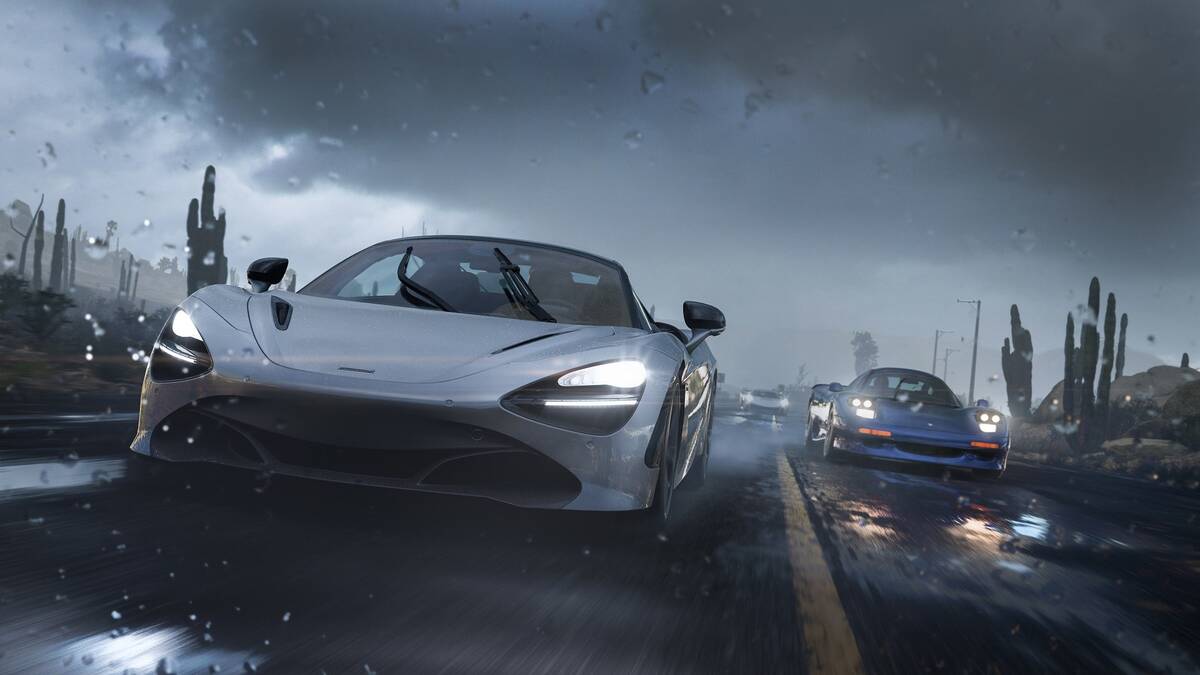 BeamNG.Drive is a great car simulator for those who just love to smash vehicles to pieces. The game has well-developed damage physics, and on the Internet you can see a lot of comparisons of real crash tests with simulated accidents inside the game – it looks impressive.

In BeamNG.Drive, players have access to a wide range of tools for reproducing various situations, detailed settings for the characteristics of all cars, and also just to have a good time. The player can choose any car, a large location, turn on traffic and ride, occasionally crashing, assessing damage, and so on.

In fact, multiplayer is not provided in the game itself, but there is a launcher on the Internet where you simply choose one of the many servers for rides: open world races, drift, rally, crash tests, circuit racing and much more.

But most importantly, BeamNG.Drive is open to modders, so users have access to a wide range of cars and maps. 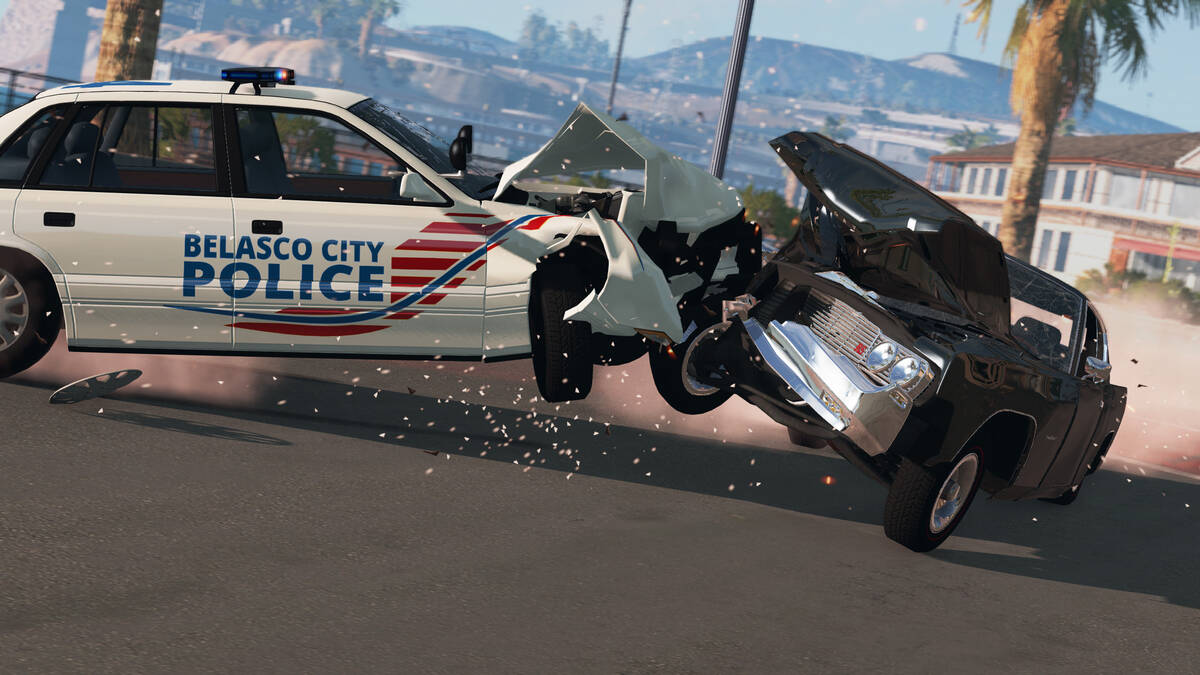 For those who are not completely in the subject yet, it is important to explain why the original part of Assetto Corsa is in the top, and not Assetto Corsa Competizione. In the second case, this is just a great ring simulator for racing sports cars, but, unfortunately, the project does not support mods at all.

Assetto Corsa, released in 2014, has become a real cult for fans of car simulators precisely because of the support of the game by modders. Here you will find thousands, if not tens of thousands of different variations of cars, locations and graphic improvements. Sometimes the game looks even better than any modern racing. Separately, I would like to note the modification that adds rain: each droplet moves by inertia and has its own route, depending on the wind and other factors. And this is just one example.

Otherwise, Assetto Corsa is able to replace many of the above projects, since here you can download great open world locations, tracks for checkers (driving between traffic at high speed), for drifting, rallying and so on, as well as trying out any existing car. Let’s say thanks to the modders!

By the way, at discounts on Steam, the game can be “snatched” for mere pennies. 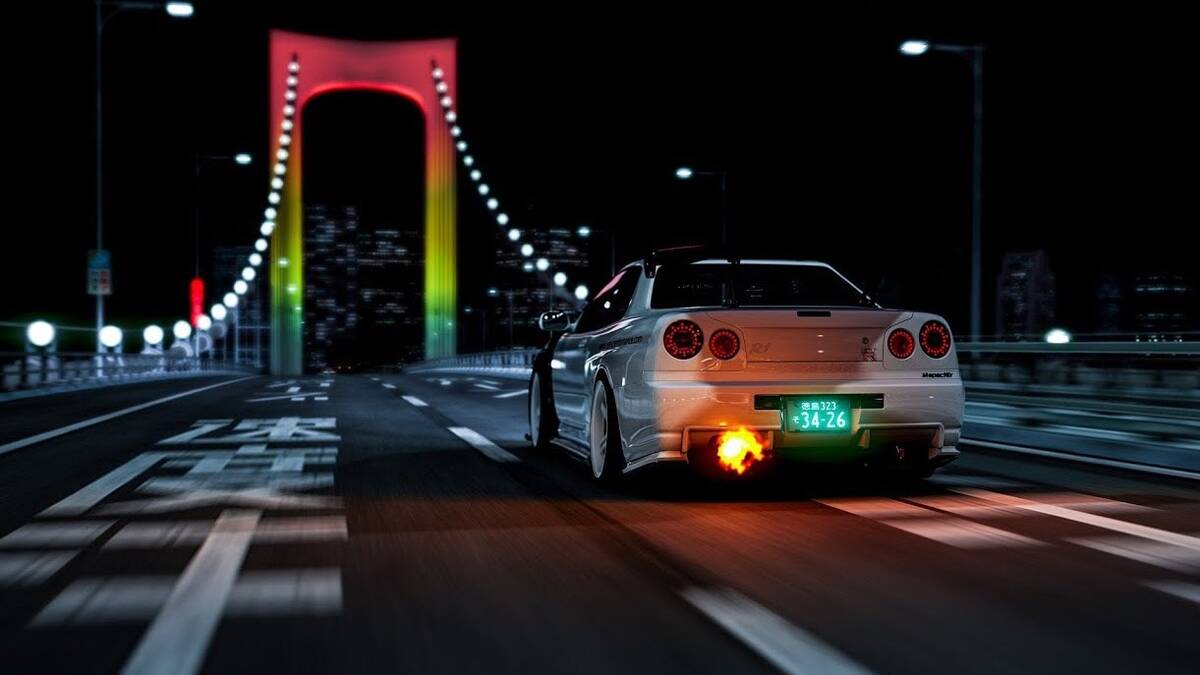 With this, our top of the best races to date has come to an end. Feel free to share your experience in car simulators in the comments, and also write your options if we missed something.