The list below shows which ten games were most in demand among US citizens in 2022. 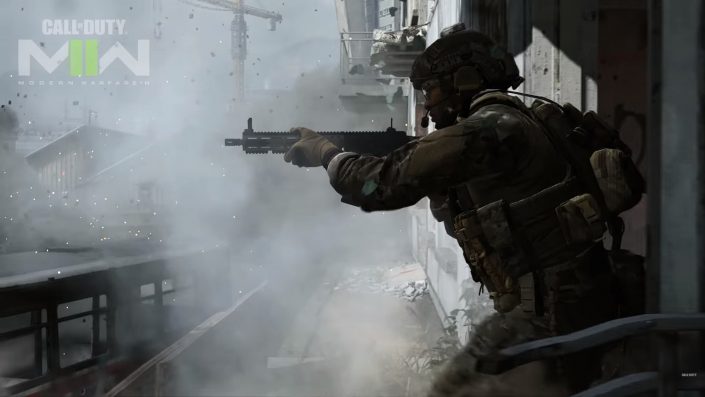 As in the previous three years, “Call of Duty” has secured first place in 2022. The last year that the annual shooter did NOT finish at the top was 2018. There, “Red Dead Redemption II” was able to prevail against “Black Ops 4”.

In second place comes the game of the year, Elden Ring. It wasn’t until “Modern Warfare 2” stormed the market in October that the souls-like role-playing game had to say goodbye to number one.

Because American football is the most popular sport in the United States, we see Madden NFL 23 on the three. Baseball is also popular, so it ranks tenth in the form of “MLB: The Show 22^”. EA’s football simulation, on the other hand, ranks seventh, while taking the top spot in Europe.

Behind it comes the exclusive title “God of War Ragnarök”, which was already mentioned in week one five million copies were sold. Another PlayStation game is in ninth place: Horizon Forbidden West.

Another bestseller was LEGO Star Wars: The Skywalker Saga. The block adventure has made itself comfortable in the middle of the US charts. The same applies to “Pokémon Crimson & Crimson”. “Pokémon Legends: Arceus” took seventh place.

More news about US charts.

BBB 23: memes dominate social networks on the first day of the reality show

Nintendo Switch is the best-selling console in the USA in 2022: the new NPD data

PlayStation Store: What are the most downloaded PS4 and PS5 games of 2022? Here is the Top10

Google: if IT giants are made responsible for the published content, it will “turn the Internet”