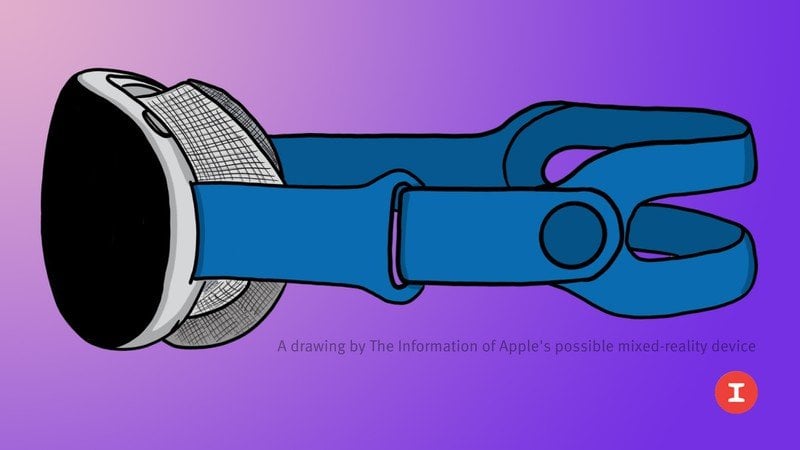 01/18/2023 at 2:21 p.m. by Alexander Pensler – Apple is stopping the development of its augmented reality glasses “Glasses” for the time being. This year, however, a mixed reality headset is to be released, which will be launched in a second version in 2024 or 2025 at a lower price. The now canceled Apple Glasses were originally intended to fill this gap.

Glasses that use augmented reality to present the user with information about their surroundings on a daily basis: what seems to have been taken from a science fiction film unfortunately remains the same for the time being. It seems too complicated to cast such glasses with AR functionality in a form that could replace smartphones.

Instead, according to a Bloomberg report, Apple is continuing to develop a mixed reality (MR) headset that will combine augmented reality (AR) and virtual reality (VR). The first version of this AR/VR headset will be released later this year as planned, and a cheaper version of this mixed reality device is also in development. This year’s mixed reality device will cost around $3,000. For comparison: Facebook’s virtual reality headset “Meta Quest 2” costs between 449.99 and 549.99 euros, depending on the memory configuration. However, with the 2023 version of the mixed reality device, Apple offers high-resolution displays, more than 10 cameras, line of sight sensors, as well as an M2 processor like in Macintosh computers and a dedicated chip for calculating the AR and VR display .

In order to find its way into the field of virtual reality, the US company headed by boss Tim Cook is now planning another MR headset instead of the pure AR glasses “Glasses”. According to Bloomberg, the California tech company plans to launch this second iteration of the MR glasses in 2024 or 2025 at a price of around $1,500. In order to be able to save costs, however, the hardware equipment will move to iPhone instead of Mac level.

Tribes of Midgard has received a major Witch Saga update

Alexander Khatskevich: "Girona can be a springboard for Tsygankov"

Aroged: UN Secretary General called the current geopolitical situation in the world the worst since the 1950s