Just yesterday, a corresponding rumor from a source who was usually well informed made the rounds, and now it’s also official: The second season of Call of Duty: Modern Warfare 2 and Warzone 2.0 is taking longer than initially thought. 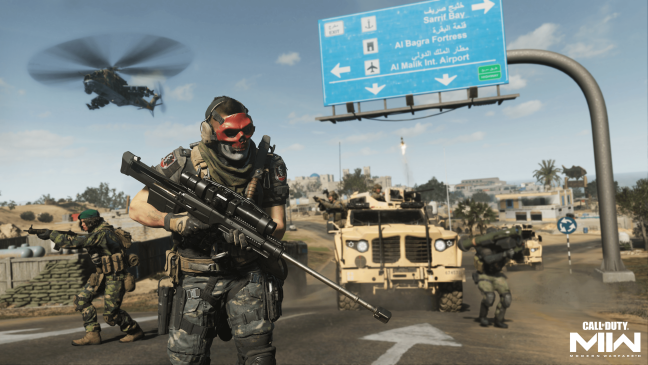 The first season of Call of Duty: Modern Warfare 2 and Warzone 2.0 is currently in its final weeks – and so Season 2 is actually just around the corner. This had previously been expected for February 1, 2023, but nothing is actually happening now. Yesterday’s rumors about a postponement of the start of Season 2 have come true.

The makers have now officially confirmed via Twitter that the start of the new season will be postponed by two weeks to February 15, 2023.

Season 02 will be launching on February 15. Stay tuned for additional intel. pic.twitter.com/G80TiutG62

Overall, you can expect a similar scope from Season 2 as before. In their statement, the makers confirmed that they would also incorporate player feedback and make changes. There will also be a new small map for Warzone 2.0, new multiplayer maps, new weapons, ranked games and more. Resurgence is also set to return.

The key art of the new season had previously been leaked, which also indicated, among other things, a remaster of the Castle map from Call of Duty: World At War. Operator Ronin from the Modern warfare reboot was also there.

As part of the FC event, you can secure Neymar, Messi and Paul Pogba in their own packs as operators in Modern Warfare 2 and Warzone 2.0.

Netflix: Nobody expected this movie to be number one!

Epic Games Store is giving away three games at once