City of the dead in Genshin Impact: how to open and pass 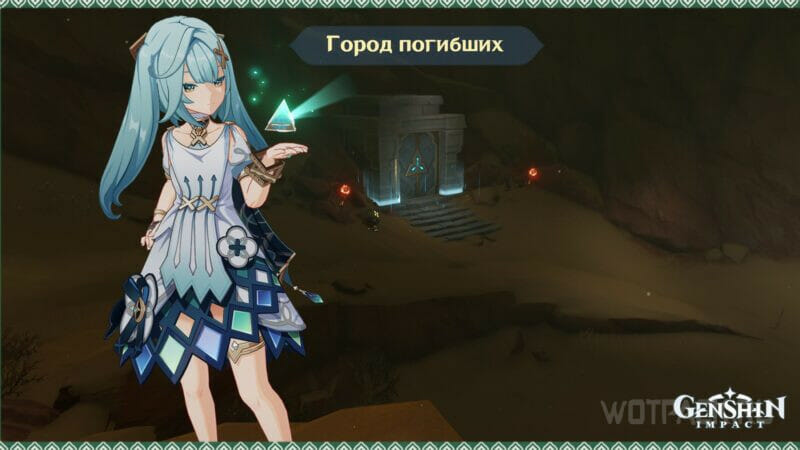 The city of the dead in Genshin Impact is a one-time dungeon in the Hadramavet desert. For passing the test The sighs of the dead with fights and simple puzzles, you will earn a reward that includes Source Stones. Finding the dungeon is not difficult, but it is located underground, and to open it you will need to solve a familiar riddle.

In the guide, we will show you where the entrance to the City of the Lost in Genshin Impact is located, how to open the switch and pass the test.

Where is the city of the dead 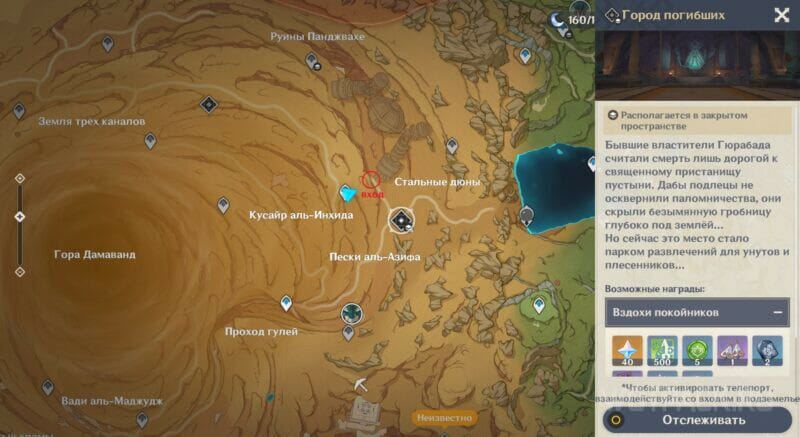 The door to the dungeon is hidden in the east of the Hadramavet Desert zone. From the teleport in the Qusayr al-Inhid area shown in the screenshot, hover to the northeast, towards the huge hand of the mechanism, indicating the entrance to the underground cave. Follow the cave path without jumping down and stick to the left wall and you will see a sealed entrance to the City of the Lost.

You can access the challenge after reaching 32 adventure ranks and discovering the desert.

How to open Lost City in Genshin Impact 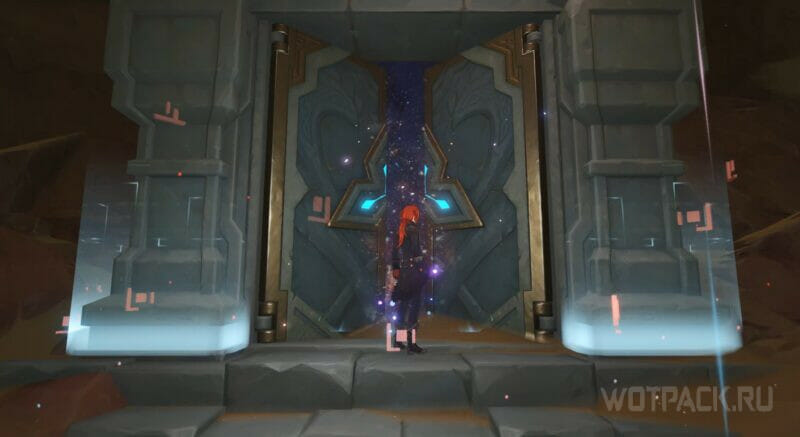 To get into the City of the Lost dungeon, unlock cubic switchstanding at the entrance. 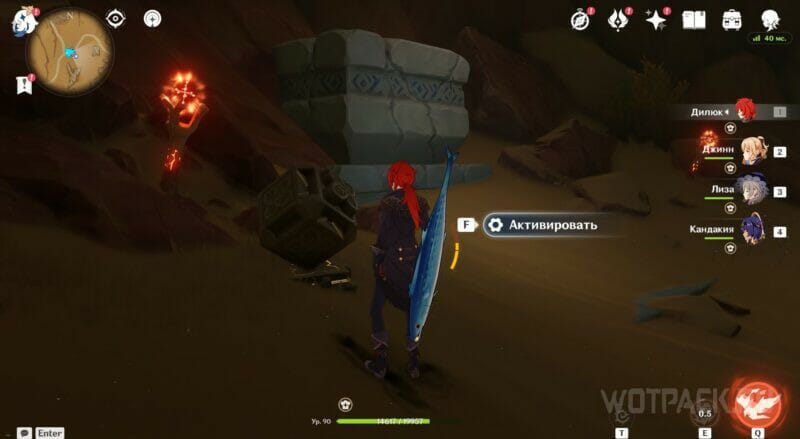 This must be done through lighting 4 torches in the district in any order. 2 are placed on the sides of the entrance, and 2 more are opposite the door, near the cave wall. The location of the torches can be seen in the images below.

Once lit, flip the switch and the dungeon will print. For solving this riddle, in addition, you will receive regular chest.

In the dungeon no anomaly arteries of the earth. Enemies include:

During the test, the Traveler will take part in 5 fights. Many enemies are classified as light, however, the presence of a large number of elemental slimes among them (Pyro, Hydro, Electro) and floating molds require selection multi-elemental team with area damage abilities. There are many opponents, and they are small enough, so it is convenient to collect them with Anemo skills. However, you should be careful when using Pyro characters, so as not to once again cause an Overload reaction with Electro slimes, scattering mobs.

Cryo and Geo characters are an excellent choice, because they are equally good at dealing damage to slimes of all elements. Also, a good result will be shown by Dendro heroes recommended by the game itself. Take the rest any strong fighters own collection: each of them will be able to contribute to the victory over such a variety of enemies.

Use food and potions to boost your own stats in case of problems on the battlefield.

Passage of the dungeon City of the Lost

Trial The sighs of the dead is a chain of arenas with monsters, time trial and combat. The path here is linear and highlighted by an orange quest marker, but quests and enemies cannot be skipped. It is better to clean everything in the dungeon that moves and lends itself to interaction.

Go to the first arena with slimes, molds, a chest, and a time trial. 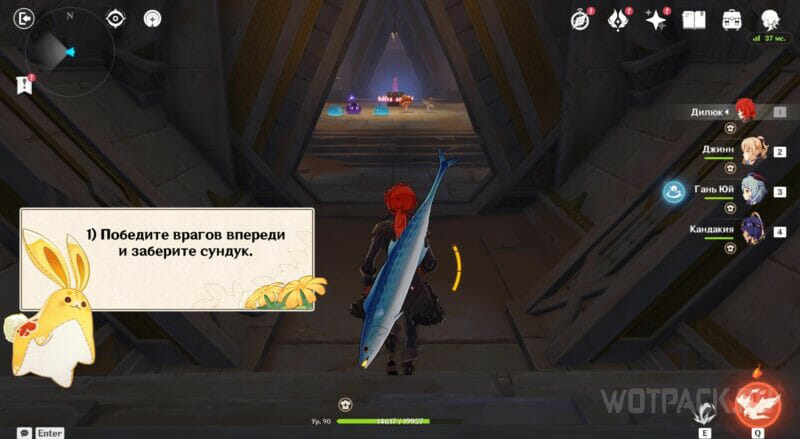 After defeating the enemies and getting a regular chest, then activate the time trial. Within its framework, it is necessary for 1 minute collect everything 8 Dendro particles with four-leaf characters. This is not difficult to do, since they are simply arranged in a straight line, in a corridor without branches. 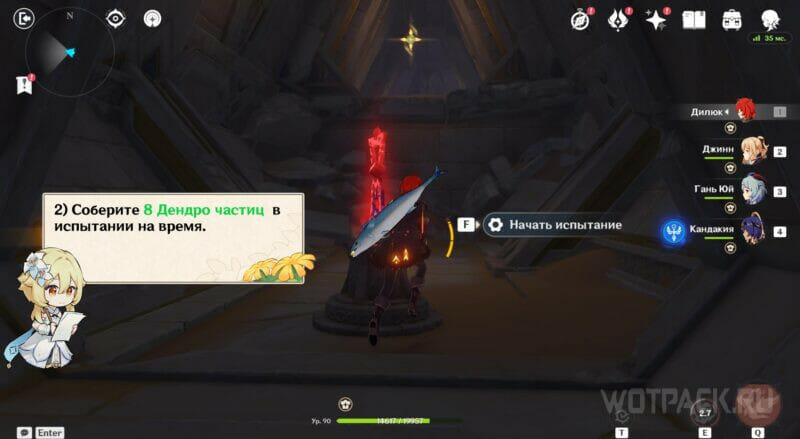 At the end, a regular chest and a door will open. She leads to the arena with a combat test. Activate it and fight 11 enemies in 120 seconds. The first wave will include:

The second wave will:

Focus on Hilichurl Archers and Mitachurls with Axes first, as they pose the greatest threat to the health of the characters and ease of combat. It is better to direct the screed at them, since the slimes tend to stay close to the hero who is being attacked.

For clearing the arena, you will receive a rich chest and open the door to the next zone, which is a room with 2 slimes and a mitachurl. The latter can be defeated with the help of an Anemo hero with a screed, spreading Hydro and Electro statuses from slimes to him. 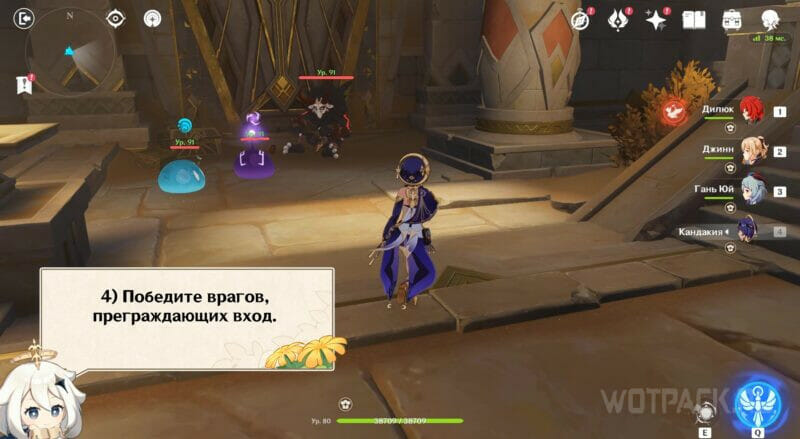 Defeat them to unlock the passage to the final arena. On it, the Traveler is waiting for the following team of enemies:

Focus on the Slimes and Carriers first, as together they can trigger the Charged reaction, increasing damage taken. Then pay attention to the biggest carrion, which knocks down with its blows and takes a large amount of HP. 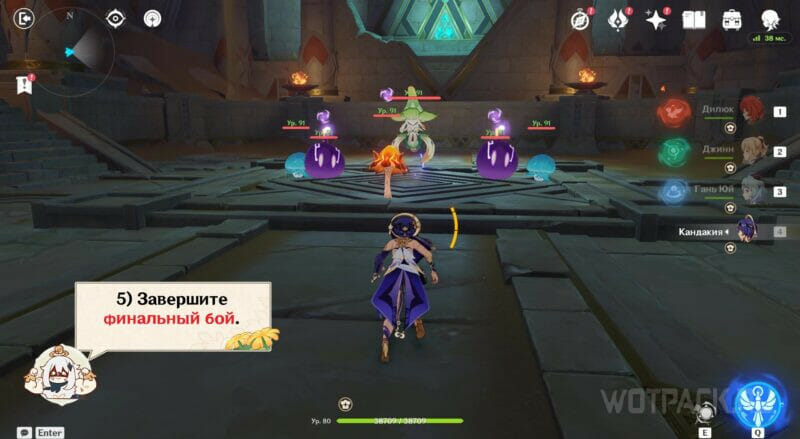 This battle is a test The sighs of the dead will end.

Don’t forget to pick up the rewards before leaving the dungeon. precious chest. 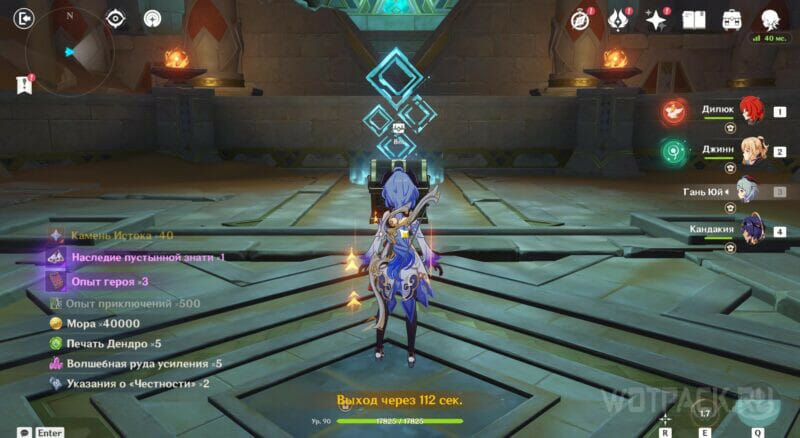 A generous one-time prize, in addition to luxury chestcontains:

We hope that our guide to the City of the Lost helped you figure out where to find the dungeon and how to open the entrance to it, as well as pass the test and get primogems. If you still have questions about how to solve the puzzle or which heroes to take on the walkthrough, then leave them in the comments. Stay tuned for updates on the site: the Genshin Impact section is constantly updated with new walkthroughs.

Samsung Sale: Small, but mighty, this soundbar is 36% off!

New screenshots of the Fallout 4: New Vegas mod have been published with a demonstration of the main character, the pip-boy interface and more

Tesla’s umpteenth recall this year: the rear light may not work properly due to a bug

Microsoft is considering developing a “super app” for smartphones, inspired by China’s WeChat and Russia’s Yandex.Go