find a way to get into the central area 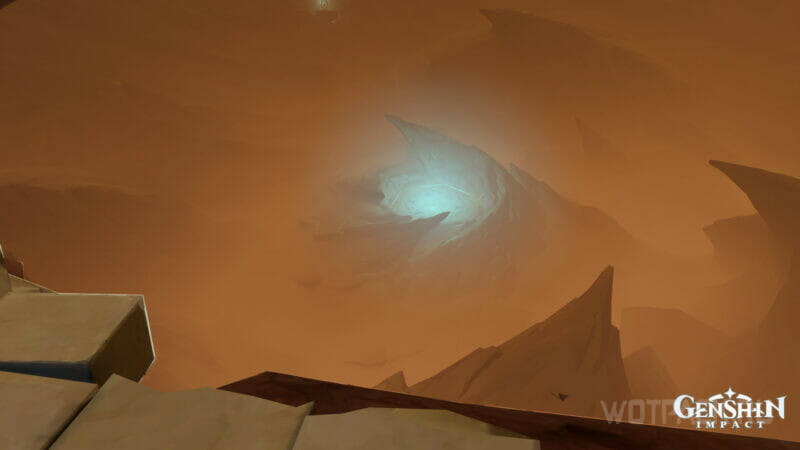 Abundance Beneath the Sand Dunes 1 in Genshin Impact is the third quest in the Bilcis Memorial Service chain. In the process of completing the quest, the Traveler will have to explore the depths of the Oasis of Eternity, located under Mount Damavand, as well as solve puzzles related to mysterious mechanisms.

The guide below will show you how to complete Abundance under Sand Dunes 1 and get to the central area of ​​the ruins.

How to start Abundance Beneath the Sand Dunes quest 1

After completing the quest “The Temple Where the Sands Flow Like Tears”, talk to Jeht and Azarik. The tribesmen wait for the Traveler at the tent located to the west of the reservoir where Tanith breeds crocodiles.

Walkthrough of Abundance Under the Sand Dunes 1 in Genshin Impact

During the conversation, Azarik will notify the Traveler that the team will have to go through tunnels in the dunes to get to the underground part of the Oasis of Eternity. However, first you need to talk with the matriarch of the tribe.

Move towards the central part of the camp, to the main building Tanith camps.

Matriarch Babel will warn the Traveler of upcoming dangers. Unuts are the main enemies that you will meet on the way to the dungeon: they can sense the presence of the genie and follow him.

The next meeting point is Ghoul Passage, which is west of Unut Setekh. Move to the teleportation point located in the western zone of Haj Nisut and move north.

Once in the quest zone, approach the entrance to Mount Damavand. Be careful: as soon as you get close to the quest marker, a group of molders will appear, accompanied by ducks. Defeat the enemies to continue the quest. 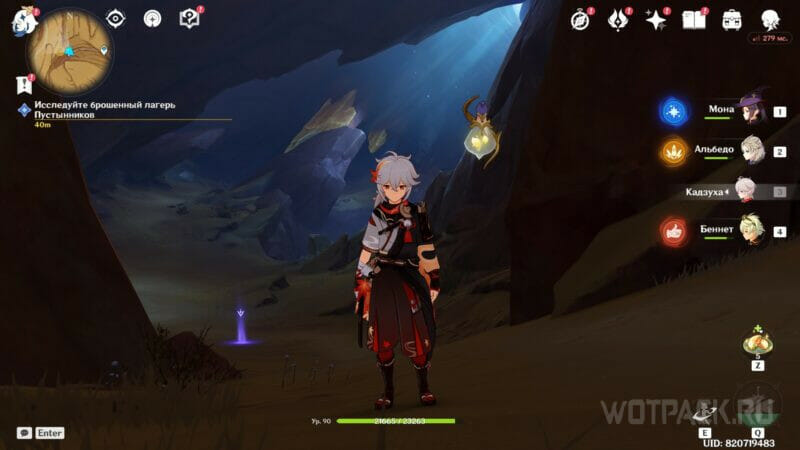 Head west from the Ghoul Pass teleportation point. Enter Mount Damavandwhere another abandoned camp of the Hermits is located.

Explore the mysterious mechanism and launch it

Continue exploring the Damavand mountains until you stumble upon a mysterious mechanism, an analogue of which was met during the passage of the quest “Temple where the sands flow like tears.” Examine it by pressing the interact button (default “F”).

After the cutscene, interact with the mechanism again to activate it. Thus, a passage will open into the deep ruins of Mount Damavand.

Move in a northwesterly direction, using the four-leaf symbols to quickly move around the area.

Once inside, activate another mysterious mechanism to run the sand stream on right. A cut-scene will start with dialogue between Lilupar, Jeht, Traveler and Paimon.

After going down one level, again interact with the mysterious mechanism located at the passage to the open part of the ruins. 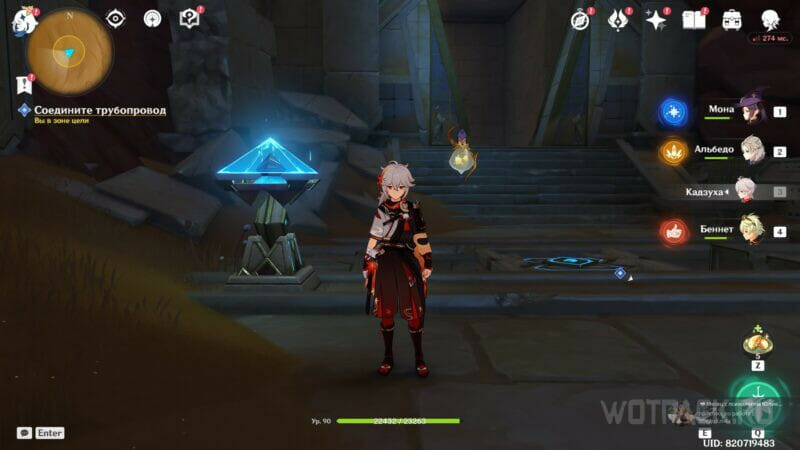 Enter the small room mentioned earlier. wrap around the column and turn the cage onceto connect the pipeline. 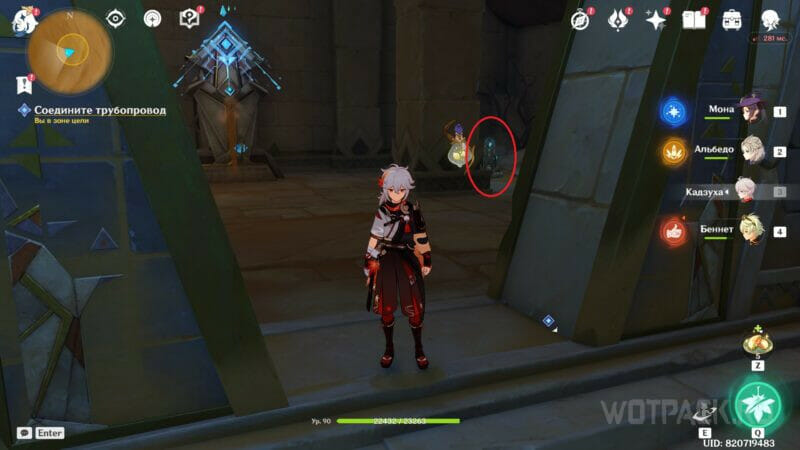 An ordinary chest will appear next to the unlocked mechanism. Open it, and then interact with the structure to connect the stone layer on the next level.

Find a way to get into the central area

Defeat a group of ducks, and then activate another mechanism located opposite the locked door. Then go up one level up the stairs and destroy the original structure. Then get to the entrance to the ruins.

Go to the mechanism on the opposite side of the room using the four leaf symbols. once activate it. Don’t forget to pick up the Dendroculus under the ceiling of the room. 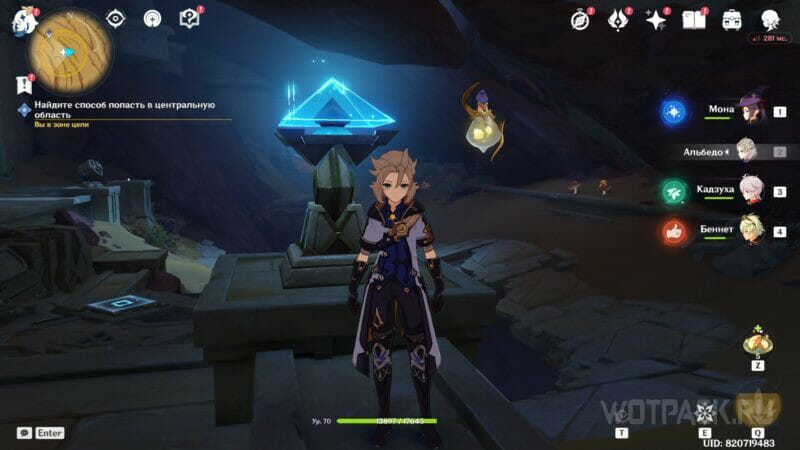 Go to another device at the locked gate and press the interact button to open the passage. Move deeper until you reach a closed room. Overcome the primordial structures.

Return to the first mechanism, which is located in the outer “courtyard” of the ruins. Interact with him to unlock the device inside the building.

Go back inside and activate the mechanism to remove the stone barrier.

Rotate the cageto dispel the illusory obstacle. Go to the highlighted area at the end of the room. Thus, make the elevator work, which will lower the Traveler to the lower level of the ruins.

Further actions are aimed at solving the puzzle leading to the central area of ​​Mount Damavand: 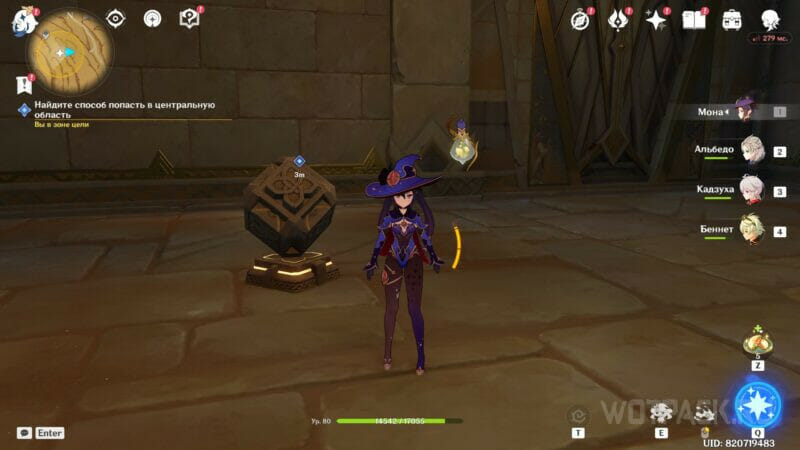 Go outside, pick up a regular chest and continue to explore the ruins. Go down to the lower part of the central area of ​​the ruins.

Activate the teleportation point and keep going deeper. Defeating the primordial structures, get to the passage leading to the quest zone.

After dealing with opponents, interact with the mechanism to open the door.

Once in the new part of the location, go down the stairs to pick up the divine essence of Lilupar. 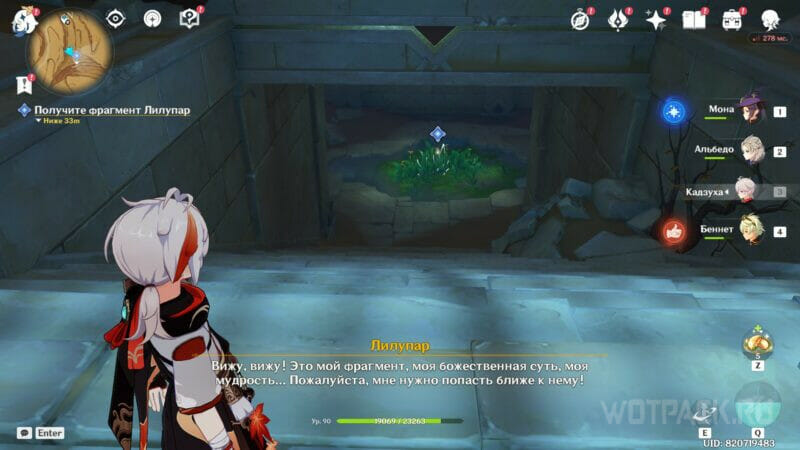 As soon as the genie regains some of his lost memories, a small piece of mysterious power will open up to the Traveler.

Go deep into the mountains and open the door

Move in the direction of the quest marker until you reach the next area of ​​the ruins. Approach the active mechanism. will appear in the arena sacred scorpion.

Kill him to unlock the ancient structure. Go to the opened passage on the right and get a rich chest. In it lies border fort figure. Move forward until you come across a mysterious mechanism and start it. 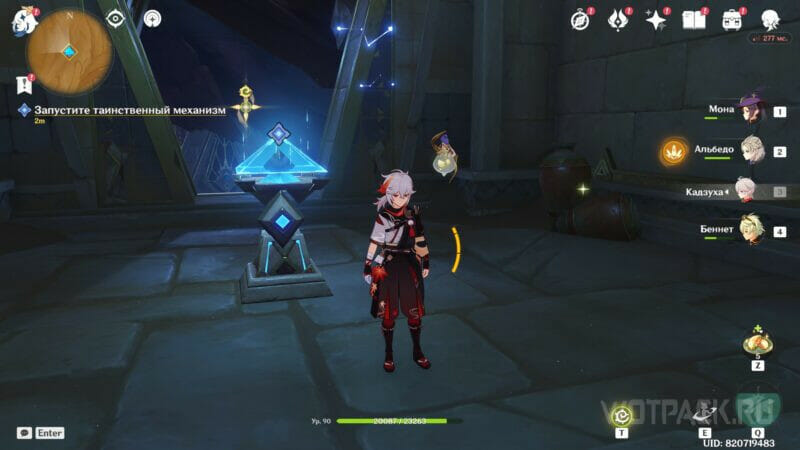 Enter the central area and start the mechanism

Once in the central area of ​​the ruins, approach the next mechanism.

Press the interaction button to activate it. Two pristine structures will appear on the arena, after – two more.

It is necessary to destroy opponents before the strength of the mechanism drops to 0%.

Once the enemies are killed, the central area’s main gate will unlock. Climbing the stairs, the Traveler will find an amazing view. Lilupar will explain that this structure was previously erected to provide uninterrupted energy for the dream of an eternal oasis. Once it was a beautiful place, but now it is completely immersed in the sand.

Come back to the surface

Once the cutscene has been played, move to the teleportation point located east of Mount Damavand. You can also select the return option in the dialog. 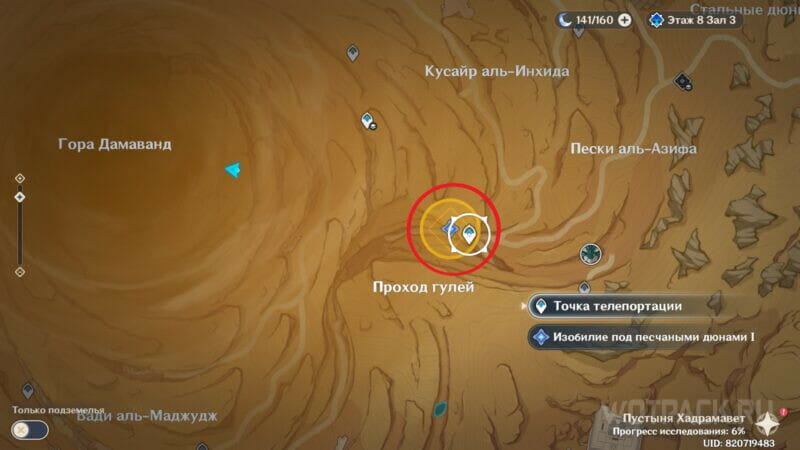 The conversation with Jeht will be interrupted by the sudden appearance of Azarik and other Hermits from the Tanit tribe. After talking to them, the task will end.

After completing the quest, the Traveler will receive the following rewards:

We hope our guide helped you with the Genshin Impact Runtime Under the Sand Dunes 1 walkthrough. Write to commentsif you have any questions or questions, the author will try to help. Follow the current walkthroughs and guides on the game on our website.

Marvel Snap is getting harder?

Metalist spoke about the team's plans for winter training

With its new screen, Samsung plays on words to make us believe what is not