A possible prototype of Galaxy Z Fold 5 would have been seen at CES around the Samsung conference. A photo shows it next to a Galaxy Z Fold 4, which shows the significant change in dimensions.

For a few days, it has been rumored that Samsung would finally take the step of the teardrop hinge on the Samsung Galaxy Z Fold 5. The idea is simple: allow the internal screen to close completely and no longer leave of space.

Barely two days after this first leak, a photo appeared on a post on Korean blog Naver. According to its author, the snapshot was taken during CES 2023, around the Samsung conference. It is supposed to represent a Galaxy Z Fold 4 on the left and the prototype of a Galaxy Z Fold 5 on the right. 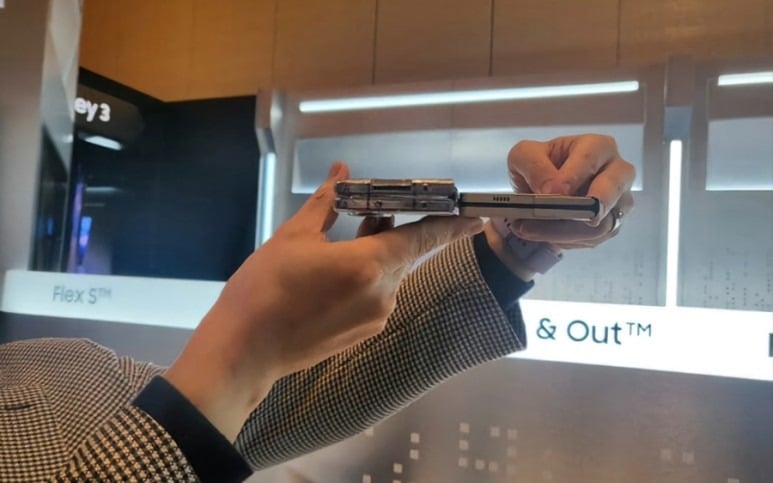 Before even describing what we see there, let’s ask this: the fact that it may be a prototype still leaves room for development. But from what we see we can see two things about the hinge: the possibility of fully closing the device seems to be confirmed and its format could change.

Smartphones are always about compromises. The Galaxy Fold-style folders, with their high prices and very professional aims, are no exception. And if the solution that seems to have been chosen by Samsung would make it possible to erase the gap between the two parts of the screen once it is closed, we can still see that the bulk of the phone would take the lead in the wing: the smartphone looks much wider. Perhaps the hinge has nothing to do with it and it’s more of a desire for Samsung to change its screen format for a better experience.

Seven Deadly Sins: Elizabeth cosplay by emasyy_ is very faithful to the character in black costume