We have already reported several times that all Lost Ark fans can expect a very special crossover event in January. The witcher Geralt of Rivia will haunt Arkesia for more than a month! Let’s start with “The Witcher Crossover” today, January 18, 2023. The event is scheduled to run until February 22, 2023. Below you will find the official German version notes.

A beautiful celebration on the island is disrupted by a mysterious vortex. As you uncover the mysteries, you’ll encounter iconic characters from The Witcher – on an all new island and in new event quests! Join Geralt, Ciri, Dandelion, Yennefer, and Triss in a series of storyline quests and daily quests, and earn various Witcher items as rewards along the way. Quest rewards include witcher’s potions, 2 jukebox songs, a new card set featuring 5 characters from The Witcher, a fortress building, emoticons and selfie stickers, and even a title! The Lost Ark x The Witcher collaboration/event starts with this update and will last until February 22nd. New character customization scars are also available.

Unlock the brand new Event Island by speaking to the Guild Investigator in major cities. To participate in the event, the main story task must be completed [Segel setzen!] be completed, which unlocks the ability to sail around Arkesia. When the main quests and daily quests are completed, you can quickly get to the island of the White Wolf’s Sanctuary by liner.

Improvements to the guild system

There is now a gold deposit system where guild members can deposit gold for their guild. Deposits (the amount of gold minus fees) are paid out to the guild and recorded in the guild history. Players receive a weekly contribution that varies depending on the amount deposited. There is a maximum weekly contribution that resets after the weekly distribution and a 3-day ban/trade restrictions on gold. Added 3 options for guild research. Research effects are only applied to players in the guild. They are not applied when a player leaves the guild. 1) Guild Repair Discount, 2) Skill Stone Grinding Discount, and 3) Additional Crafting Skill EXP gain. Added 3 new guild skills: 1) Battlefield Recon – Grants all allies on the battlefield the ability to spot sneaking nearby enemies track from 24 m. 2) Battlefield Beacon – All enemies on the battlefield will be highlighted. 3) Battlefield Debuff – All enemies within 24m take more damage.

Added 3 new rank A enemies to Guild Raid Match: Proxima, Magmadon, and Kohinorr. Added 7 new siege achievements with toy rewards: Medeia: Mirror of Arcturus, Slime Island: Slime Queen, Deathgrip Island: Malevolent Cursed Spirit , Island of Succulent Reeds: Treasure Chest, Naruni Island: Naruni, Snowpang Island: Snowball, and Golden Waves Island: Loot Hunter. Gate Guard, Slime Queen, Split Slime Queen. Adjusted the battle balance for monsters to match the monster type.PvP rank points can be earned by completing the competitive quest on Slime Island. Victory earns you 800 points and defeat earns you 350 points.Once the finish line is crossed in the Naruni Island Siege, players cannot enter the track during the race.Updated requirements for PvP Island Siege challenges: One Guild Can no longer issue a challenge to a PvP siege base when a guild member is mercenary. If a guild member is active as a mercenary, this will be reflected in the list when issuing a challenge. Added Mercenary Restriction message to PvP Siege Base Challenge requirement. Being a mercenary does not restrict issuing challenges to PvE siege bases. UI/UX improvement in the mercenary system: If a guild has not issued a challenge to the PvP base, an individual mercenary UI will appear. The UI for recruiting mercenaries only appears after a guild issues a challenge to the PvP base. The period for recruiting/requesting mercenaries is 10 minutes before the start. The mercenary rating is now automatically set to the average of the characters in a roster . If a player has no mercenary ratings, they will be classified as a novice.Added an item level cap feature for recruiting mercenaries. Only mercenaries who meet the level requirements can apply. 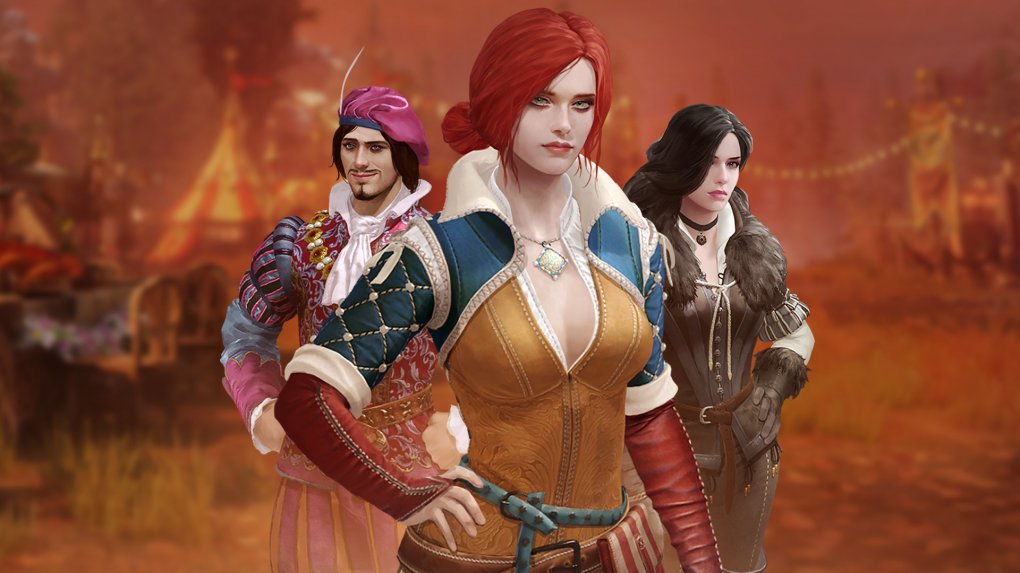 Lost Ark: It’s not just Geralt who gets lost in Arkesia during the crossover event. Source: Smilegate, Amazon Game Studios

The minimum requirement for rank rewards in PvP Island Siege has been changed to 1000 points (from 1400 points). You can now get rewards on the following islands with 1000 ranking points: Medeia, Slime Island and Deathgrip Island.

Get the other team’s treasure chest to transform into a Tooki. If you take the treasure to your main base while transformed, you’ll get a point. If you do it 3 times, you win. Your character’s combat stats, cards, and engraving effects are applied during transformation. Movement speed has been fixed.

Transform into a Loot Hunter and earn points by killing monsters or enemies.Use the Loot Hunter’s basic attack to kill monsters and enemies.Only enemies take damage from mines and tracer grenades.The Golden Waves Island Siege combat will be adjusted accordingly . next page next page

Galaxy Z Flip 3: at half price during the sales, Samsung's foldable smartphone is a hit

Philips Hue is getting more expensive: Smart lighting will increase by up to 40 euros [Gerücht]

Hogwarts Legacy, controversy over the presence of Sebastian Croft: the actor responds