Taking to Twitter, a user recently noted that “Mass Effect” has the same opening sequence as the 1986 film “Top Gun.” Former Mass Effect series executive Casey Hudson was thrilled that someone was finally recognizing the 16-year-old Easter Egg. 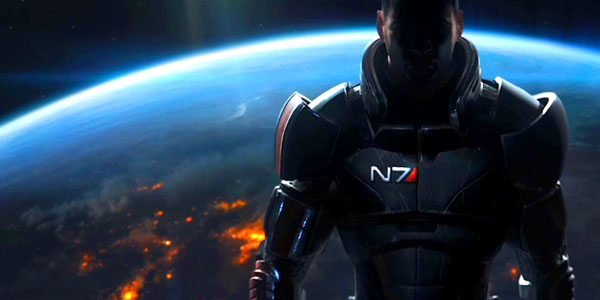 The user “Snizabelle” recently revealed what is probably the most obvious Easter egg in the world via Twitter. The post compared the opening sequence of the first game in the Mass Effect series to that of the 80’s action film Top Gun. This discovery stunned some players while also delighting former Mass Effect series executive Casey Hudson.

The Easter Egg is probably one of those secrets that are so obvious that you don’t even notice them anymore. At least that’s how the players explain it, stunned by the innocent statement made by Twitter user “Snizabelle”. “Every time I watch Top Gun I’m reminded that the movie has the same beginning as Mass Effect and it blows my mind,” Snizabelle wrote, leaving some fans of the games puzzled.

Both the 1986 film Top Gun and Shepard’s first adventure in Mass Effect, released in 2007, begin with a black screen with white text explaining the setting. While “Top Gun” explains the background of a prestigious flight school, the sequence in “Mass Effect” gives the player a little history lesson about the discoveries on Mars that led to the new technologies for mankind.

As Twitter users wonder how they’ve overlooked this obvious Easter Egg for all these years, Casey Hudson rejoices. The former BioWare director wrote on Twitter that someone finally found the connection between “Top Gun” and “Mass Effect.” He’s been waiting for this for so long. However, “Snizabelle” was not strictly speaking the first user to recognize the Easter Egg. On Reddit, users have been discussing the similarities of the opening sequences for a few years. However, Casey Hudson has now confirmed that it really was an intentional secret.

Apple sales: the iPad Mini 6 with a €100 reduction at Boulanger!

Twitter's daily revenue fell by 40%, the top 500 advertisers left the platform, but Musk does not lose heart and announces new sponsorship contracts

Stadia goes out with a wink to the fans of the first hour!

Promo: a cheap gaming laptop with an RTX 3060 is possible on Amazon