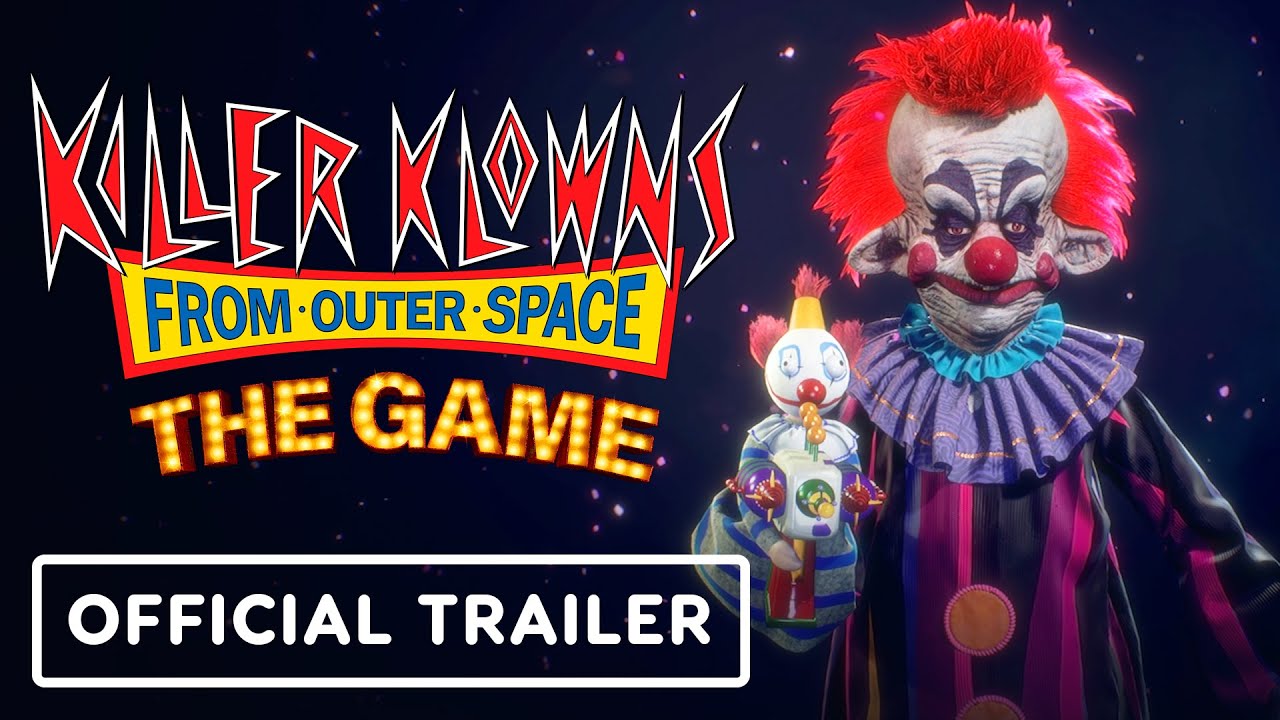 IGN has released information on the classes of clowns you’ll be able to play in Klowns from Outer Space: The Game, an asymmetrical multiplayer game due out later this year.

You will have five Clown classes to choose from for your team of three: Trapper, Pathfinder, Scout, Fighter and Tank. Each clown will have a ray gun to encase people in a cotton candy cocoon, as well as a clown jump ability that allows them to teleport to any point on the map they have previously discovered. You can also heal yourself with the Laugh ability.

Hunter is a class that sets traps designed to keep people out so other clowns can find them. Armed with the Jaw Mace, any person hit with the mace will be covered in popcorn. Popcorn allows all clowns to see affected people through walls and on the map. The Trapper also has a popcorn mine that works in the same way as a mace. Finally, there’s the Baby Klown ability, in which a maggot-like clown clings to people to keep them in place.

Follow-up can also use popcorn with his popcorn bazooka. The famous balloon dog is also located here, which will point to the nearest person. The tracker can also follow people on foot thanks to the ability to jump over obstacles, as well as using his stealth car. However, the latter ability can only be used outside.

Scout is the only clown who can use the clown jump to enter uncharted territory. He also has the ability “Hypnotic Lure” which can draw people to him, or he can get close quickly with “Swap Footmen” which instantly allows the Scout to swap places with a nearby AI minion.

Fighter is a combat class. Armed with boxing gloves to hit people, this class also comes with the Pizza Box skill, allowing you to disguise yourself as a stack of pizza boxes for a little stealth action. Like the Trapper, the Fighter also has a tricycle-style vehicle that can be used both indoors and outdoors.

Finally there is Tank. The most physically strong of the Clowns, they are armed with a retractable jaw hammer that can be charged for increased range and power. The Sticky Bash ability allows them to spread a cotton candy carpet that will trap anyone who gets inside it. This can be used in conjunction with the Rage Rush skill, which allows them to attack enemies and break through obstacles. The Tank is also the only class that uses nearby people trapped in a cotton candy cocoon as a quick snack to gain a temporary speed buff.

Killer Klowns From Outer Space: The Game will release on PC on Steam, PlayStation 5, Xbox Series, PlayStation 4 and Xbox One in 2023.

Xiaomi: how to make adjustments to the privacy panel

Nvidia Shield TV Pro: Amazon is selling off the best Android TV box at a very good price for Christmas