Tadle Falcon in Genshin Impact: where to find Tadle 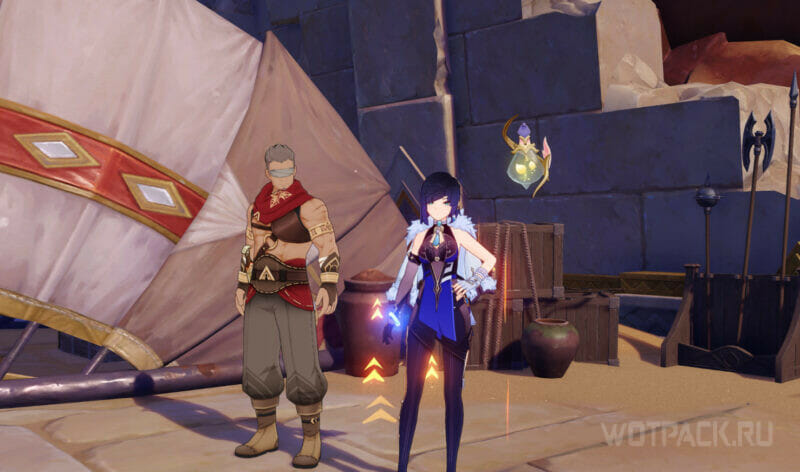 The Tadle Falcon in Genshin Impact is a peace quest in the Hadramavet Desert. After completing the matriarch’s assignment in the “Dirge of Bilcis” quest chain and gaining the respect of the hermits, the Traveler must help find the missing tribe member. In the guide, we will tell you how to start and complete the Tadle Falcon quest.

How to start the Tadle Falcon quest

To start the Tadle Falcon quest, you need to complete the entire quest chain of the Memorial Service of Bilcis. To get the quest, you need to talk to Masseira. If you go from the Aderfi tent, then in the first dwelling you will find this NPC.

For the task to appear, you must wait for server reset after the performance of the “Panikhida Bilcis”.

Masseira will ask the Traveler to help him find the lost Tadle Falcon.

Go to where Tadla last appeared

First you need to go to the place where the Falcon was the last time. Move along the gorge to the west until you reach a fork and find footprints. After noticing the clue, move further into the cave, following the markers.

After going deep into the cave, the Traveler will find a camp of agents from Snezhnaya. Defeat the Fatui skirmishers guarding Tadle. Having won the battle, talk to the Falcon sitting by the tent. After finishing the dialogue with the girl, head back to Camp Tanith. Once you arrive, speak with Masseira to complete the quest.

The next task in the chain is Falconry.

As a reward for saving Tadle, the Traveler will receive:

We hope our guide helped you get started and complete the Taddle Falcon world quest. If you have any questions – ask commentswe will definitely help. Read other walkthroughs in Genshin Impact on our website.