Tales of Symphonia – To celebrate the upcoming release, Bandai Namco is showing the 1st episode of the anime for free – Cerealkillerz

One of the best Gamecube games is waiting for you to rediscover it. With Tales of Symphonia, Bandai Namco delivered a true role-playing masterpiece for Nintendo’s video game cube in 2003. With a charming look, a gripping story and a great combat system, it won the hearts of role-playing fans at the time. Led by this huge success, an anime adaptation was even released four years later. The journey of Lloyd and Co. was shown in 11 episodes with a total running time of 430 minutes for all those who have not yet discovered the video game. And this circumstance seems to be used at Bandai Namco as well. Because from now on the first episode is available to watch for free on the YouTube channel:

This is what awaits you in Tales of Symphonia Remastered:

In a dying world, a legend says that one day a chosen one will arise from among the people and the land will be reborn. The line between good and evil blurs in this epic adventure. A journey where the fate of two interlocking worlds hangs in the balance.

An Epic Adventure: Over 80 hours of gameplay in an epic, emotionally charged story
Real-time 3D combat system: Experience the wild, action-packed combat system. Combine hundreds of special attacks and spells.
A classic graphic style is revived: Be captivated by the lovable characters in cel-shaded style, designed by the well-known graphic artist Kosuke Fujishima.
The first time for Xbox: This RPG classic is based on the PlayStation 3 port of the original GameCube game and will soon be available for the new generation of consoles. 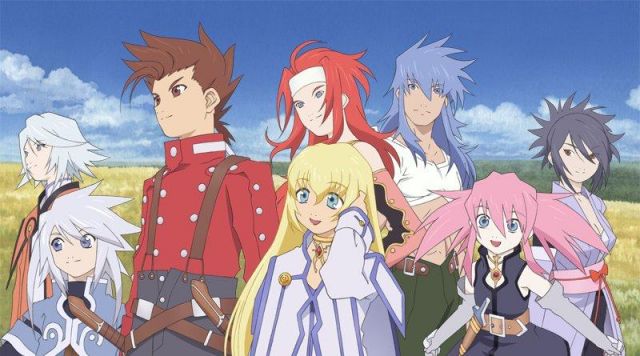 Tales of Symphonia Remastered will be released on February 17, 2023 for Nintendo Switch, PlayStation 4 and Xbox.

PlayStation Plus January 2023: predictions and speculations on the new free PS4 and PS5 games

Card battler The Tower: To the Bottom has been renamed to Arcana of Paradise: The Tower and will be released on April 20, 2023