VIDEO. Messi style. Tsygankov played with a dog at a presentation in Girona 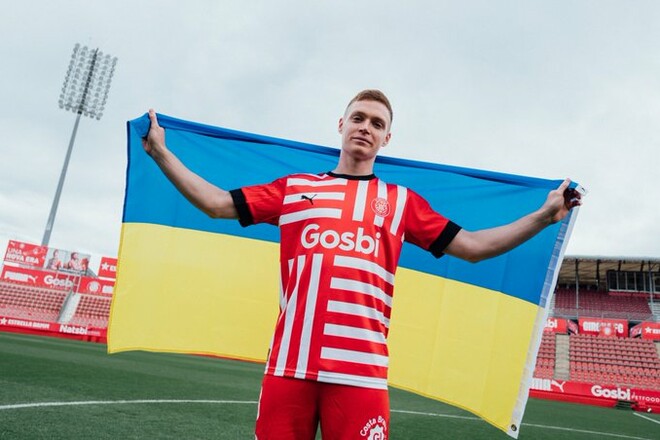 Ukrainian football player Victor Tsygankov took his dog with him to a presentation in the Spanish Girona.

Dog named Easy ones took part in this event. Tsygankov played with his pet and the ball.

By the way, the contract of 25-year-old Tsygankov with the Spanish club is valid until 2027. Dynamo, from where Tsygankov moved, will receive an agreed compensation of 5 million euros and 50% of the possible upcoming sale of the player.

Earlier, Victor told when he will be able to make his debut for a new club.

It seems that La Canya already has a good partner to play with… 🥰🐶 Welcome to Montilivi, Laki! 👋 pic.twitter.com/YBLKeOxeha

Lionel, Thiago and MATEO have fun with the round on vacation ⚽. You got straight, Leo! 📹 IG: Other. pic.twitter.com/J1NBETVC9j

Starfield could replace Halo as the face of Xbox consoles

Aroged: Boston Dynamics demonstrated how a robot can help on a construction site

Employees to blame for Ubisoft misery? Strike against management!

Microsoft, the layoffs have also affected the Halo and Starfield teams

An Apple Watch Ultra at a fifth of its original price

Source: Malinovsky will sign a contract with Marseille next week