Highlights from an interview with the developers of the historical role-playing game “Trouble” – Development, gameplay, world, protagonist, authenticity

The developers of the role-playing game “Trouble” gave a long interview to the game portal “Navigator of the game world”, in which they answered many questions. They dealt with the history of development, gameplay and various features of the upcoming novelty. Alexey Koptsev, head of the Cyberia Nova studio, answered the questions. In this article, we have collected for you all the most important from the interview in a short form.

“Trouble” is the final commercial title: “you can’t say better about a game dedicated to the events of the Time of Troubles in Moscow Rus’.” The developers tried to analyze the situation and understand which of the time periods in the history of Russia is the least covered by attention in cinema, literature and games. As a result, the team came to the understanding that the Time of Troubles is great for a new game. The main source of inspiration for the game was the adventure-historical novel “Yuri Miloslavsky, or Russians in 1612”, written by Yuri Zagoskin. The developers call the game “Ghost of Tsushima a- la rus”. “Trouble” is a historical game, so there will be no “levitating monks”. The maximum is a slight touch of mysticism, for example, when meeting with a healer grandmother. There is no single open world in the Troubles, but there are several large locations between which you can move. Moving between locations is not instant teleportation. When moving, players will have random encounters – both dialogue and combat. Among the available locations, Nizhny Novgorod, Yaroslavl and Moscow are distinguished. Moscow is divided into three large districts, and Nizhny Novgorod – into 2-3 large districts. The Nizhny Novgorod Kremlin turned out to be very large, and the developers felt it when they went there to shoot. The authors take those fragments that are important to the plot, such as the Merchants’ Compound. It will be possible to enter some buildings. . It will be implemented in the form of a battle, but the task of the hero will not be to kill everyone in a row, but the need to get to key opponents in order to fight them. There is a gradation of opponents: ordinary fighters, foremen, officers, bosses, and so on. One of the first bosses will be the former mentor of Prince Yuri Miloslavsky, the protagonist. There will be no towers from Assassin’s Creed, although there is concept art with historical parkour. 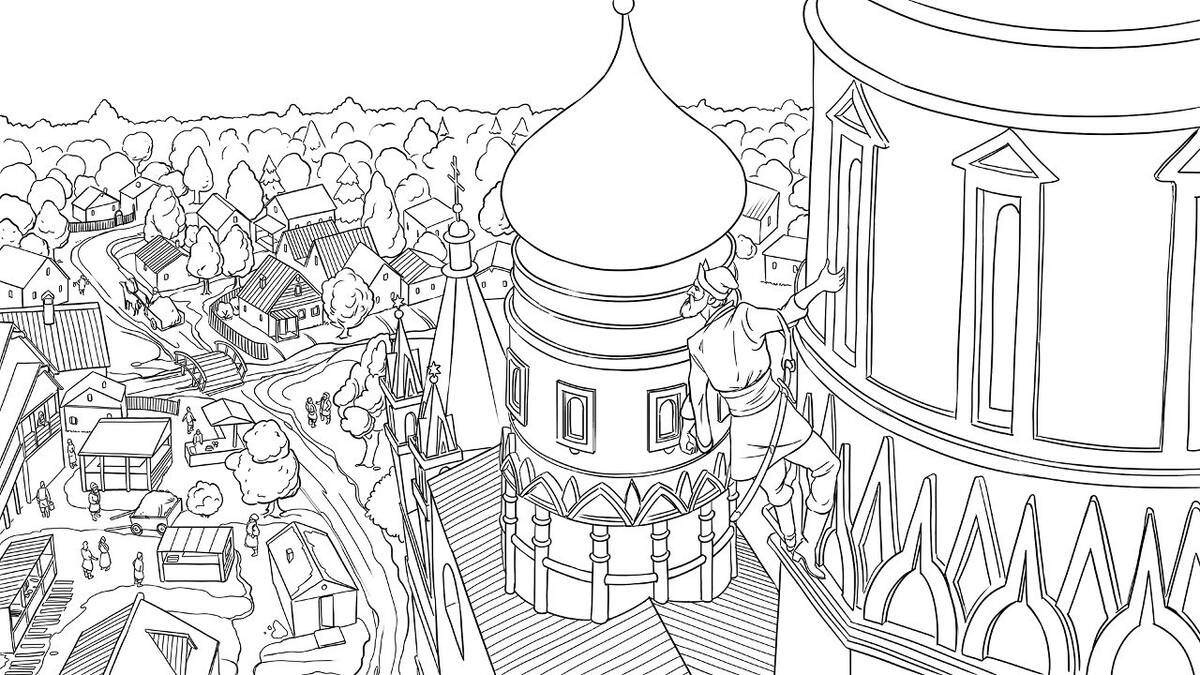 The list of opponents is opened by wolves that live in the dense Nizhny Novgorod forest. Among the enemies there are also robbers, but they are of different types. There are also gangs of mercenaries, regular Polish detachments, various Russian factions. Conflicts with some opponents can be resolved peacefully. The authors admit that it is difficult to implement horse combat, but they will try to do it, and experiments are already underway. Perhaps something like this will appear in the DLC. By completing side tasks, the player can save someone’s family from robbers or return stolen supplies to the village. After that, the villagers can join the militia. Since the team focuses on Zagoskin’s novel, the action takes place in 1612, although the Time of Troubles began much earlier. choice, did not understand its purpose. Yuri wants to save his beloved Anastasia, but he is drawn into the bloody millstones of the Troubles. And if he begins his journey with an oath to Tsarevich Vladislav, essentially the Poles, then he ends up as an active participant in the second militia. Turns from a young man into a real man who has learned the lessons of life, ”the developers described the protagonist in this way. Together with the team are five historical consultants, people with scientific degrees, reenactors. There are also consultants on costumes. The developers went to the Moscow Armory, were in Nizhny Novgorod, in Aleksandrovskaya Sloboda. Although the latter is the residence of Ivan the Terrible, who ruled long before the Time of Troubles, the team was interested in precisely the ancient architecture. Now the studio is thinking about how to deal with clothing – make it as authentic as possible or embellish it a little. The fact is that in the first case, the screen will be completely gray, especially among the peasants. “Trouble” can provide an opportunity to convey important historical information to schoolchildren, but not “on the forehead”, but in an immersive way. We will be able to meet the Romanovs and even see the wedding scene. The hero can change his appearance, to which different weapons are attached. He can disguise himself as a robber or as a peasant fighting with an ordinary carpenter’s axe. The appearance of the buffoon allows the use of throwing bombs. He is also able to choose the role of the prince with his own effects. Firearms are also available, including muskets and squeaks. Non-combat skills such as eloquence are still being discussed. 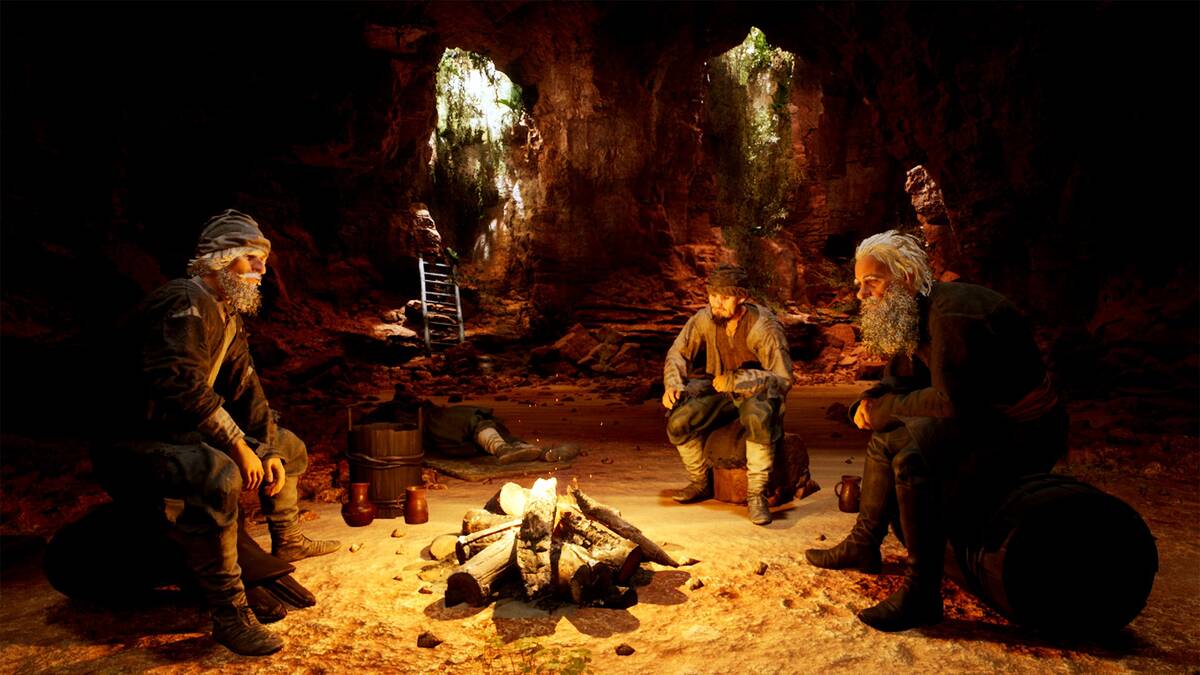 The pre-production of Troubles started in the summer of 2020, a year and a half before the grant application was submitted. At the moment, about 45 people in the state and a large number of outsourcers are working on the game. Despite the “great exodus of IT people”, the studio managed to find talented specialists, but new people are still needed. “Trouble” is being developed on the Unreal Engine 5 engine. At the end of March, a new official website for the game will be launched. This will be a specialized Internet platform dedicated to the Time of Troubles. The consultants have already written ten historical materials that will be published there. The developers treat the leaks with humility and understanding, as they understand that they are inevitable. In addition, the leaks allow you to get feedback from the players in order to make the necessary adjustments. The authors want to release Troubles on Steam and the Epic Games Store, but in Russia the game will most likely be distributed through VK Play. The team would like to release the game in Chinese market, as the Chinese love Russian historical films. So far, Troubles is being developed only for PC, but in the future the game may also be released on consoles.

God of War Ragnarok - the most powerful secret boss defeated in just 11 seconds!

Hearthstone Battlegrounds: the living dead and the double tribes future kings of the meta? Our impressions of season 3!

This cult Nintendo game which obtained the supreme score of 100% soon to be back on mobile?

Source: Skrinjar will join PSG, but in the summer, not in January