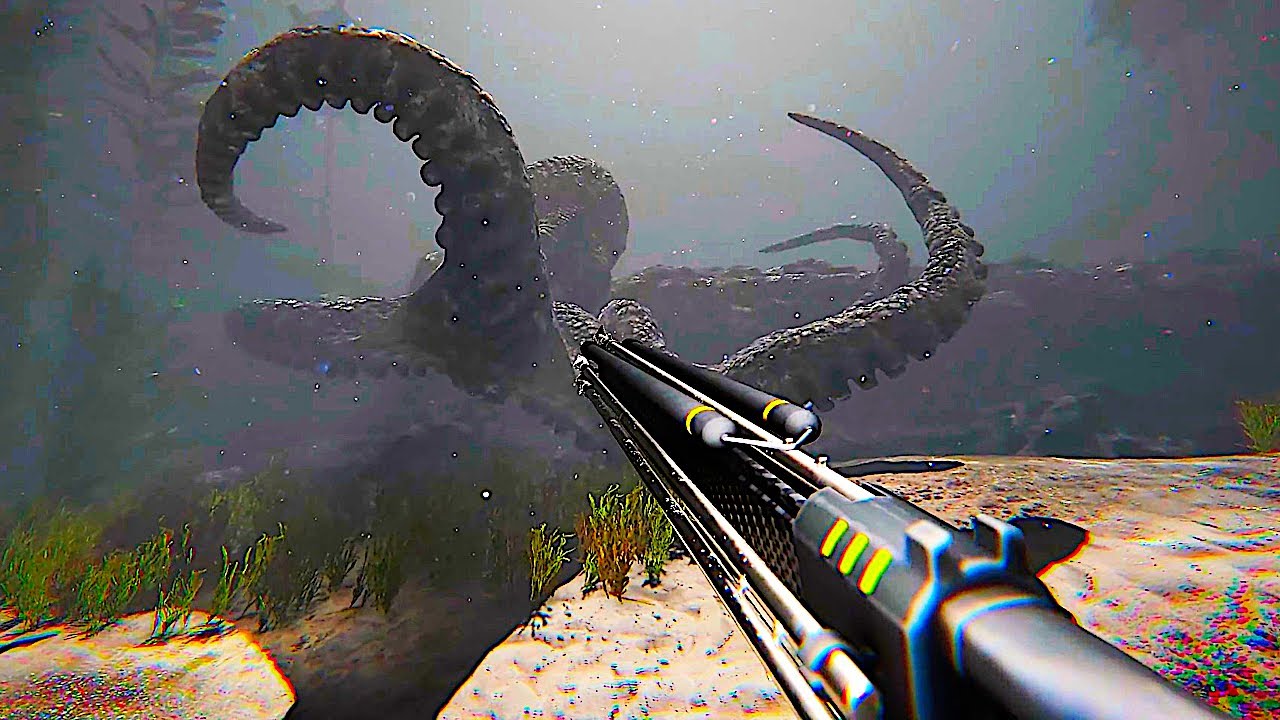 Death in the Water 2 is a new survival horror game designed to “test your thalassophobia” and thank god it’s coming to PC next week. According to National Geographic, we’ve only explored 20% of what lies beneath the surface of the ocean so far, and Death in the Water 2 is a world where your darkest and wildest fears about what lurks in the void come true.

In this single-player shooter, you’ll dive deep underwater to fend off not only real-life horrors like sharks, but also fictional creatures, including sirens and the giant kraken. With each dive, you are given a relatively quiet opportunity to explore an open world map “which will test your thalassophobia”, but after that, the kraken will turn the underwater fauna against you, and you will be forced to survive or “join the endless ranks of the drowned”.

With each subsequent dive, the difficulty will increase, but, ideally, your preparedness will also increase. Grenades, sniper spears and shotguns will be in your expandable arsenal of weapons. You will also be able to unlock power-ups, one of which will allow you to summon a pod of dolphins to help you in your fight for survival.

Death in the Water 2 is coming to Steam on January 26th.

Star Wars: The character of Emilia Clarke (Game of Thrones) will have the right to an origin story

The creators of the global modification "Legend Returns 1.0" on the platform STALKER: Clear Sky - presented a voluminous blog

The authors of the fantasy action game Project: The Perceiver showed 45 minutes of gameplay

Harry Potter: we have found the lowest price to pre-order Hogwarts Legacy on PS5!