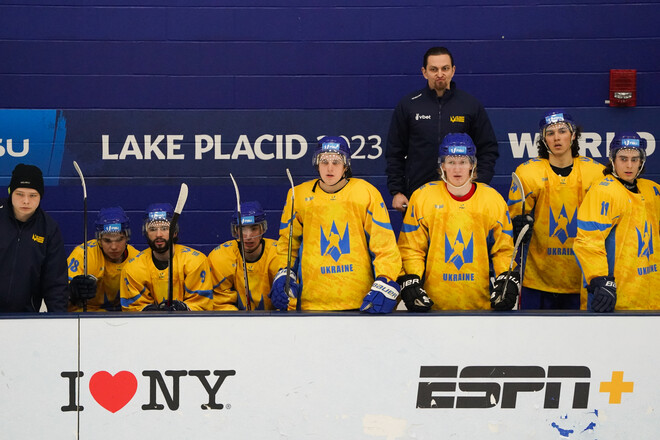 Losing to the Japanese team, the student team of Ukraine lost the chances of reaching the semi-finals of the XXXI World Universiade a round before the finish of the group stage. The maximum that our team can count on is the third place in the group. Japan has once again become an impenetrable wall for Ukraine. After defeats at the level of the national and youth teams, our team over the past year has slightly lost to Asians among student teams. All three Japanese teams are coached by one specialist – 71-year-old Canadian Perry Pearn, who has 22 years of experience in the NHL. The only good news is that this time our team conceded not eight or seven goals, as in the matches of the adult and youth world championships, but only four.

The Japanese stunned our team with their signature frantic pace in the first period. The opponents forced us to fight back and it would be a miracle if the Ukrainians didn’t let us through at that time. But they missed it: first after Taiki Takebe’s throw from the blue line, and then after his own gift from behind the gate, which was used by Taiga Abe. Both hockey players are the heroes of the 2018 Youth World Championship match in Division 1B in Kyiv. Then Japan defeated Ukraine 1:0 thanks to Abe’s goal on Takebe’s pass. True, our team won the rest of the matches five years ago and became the winner of the tournament.

Now there is no way to escape. Having lost in this match, the Ukrainian team lost the chance to reach the semi-finals of the Universiade-2023. Although to the credit of our hockey players, unlike the previous matches against Japan under the leadership of the Canadian specialist Perry Pearn, this time they did not crumble. And even using their chances, they stayed in the game for as long as possible. Although in general it should be recognized that Japan controlled the course of the meeting. If necessary, the Asians added and updated the momentarily lost advantage. Let’s say, after the first missed goal, the rivals were able to resume the gap of two goals after only six seconds.

Thus, the Ukrainian national team, after four matches, has four points and fourth place in group A. Canada, which won all five matches and is already preparing for the semi-finals, and we can no longer get second Japan with nine points. In the final match, which will take place tomorrow night at 3:00 am Kyiv time, Ukrainians will play for their prestige against the Czech Republic. And the Czechs, if they win, can bypass Japan and reach the semi-finals.

Aroged: Experts believe that TSMC will be forced to cut prices