Ruslan MALINOVSKY: “I set myself a goal – French in a year” 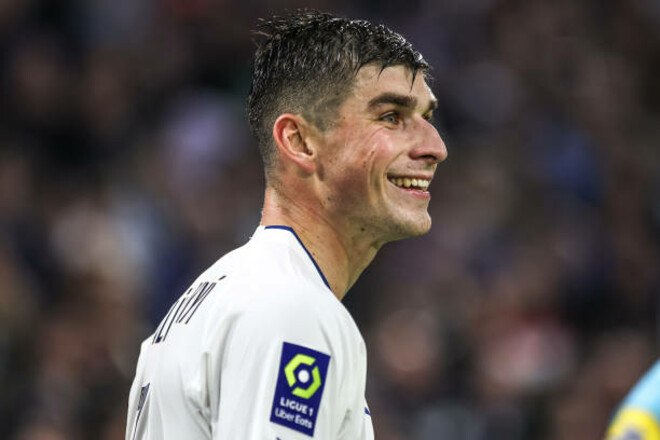 Midfielder Ruslan Malinovsky shared his impressions of the first days of his life in Marseille and told what he expects from the French stage in his career.

As you know, Malinovsky became a Marseille player last week and has already managed to play two matches for the new team in the French championship.

– Your life in France began very actively – you immediately made your debut. But as for non-football life – has Marseille already managed to see, go somewhere?

– The city is beautiful, the sea is nearby, the weather here is very good, not typical for January – 15-18 degrees Celsius. But you won’t particularly walk around the city, because they won’t let you.

– Do they already know?

– Not yet. But in Marseille they love football very much – when the team plays, everything stops in the city. Therefore, everyone knows the players and do not let them go for a walk. But, fortunately, not much attention has yet been paid.

Did you move to France with your family?

– Not yet. It is necessary first to equip everything here, after which the family will move. Of course, everything is not so simple, because we spent 3.5 years in Bergamo. I’m glad that there was this period. Roxana and I have many friends there, and in general, during this time I met a lot of good people there. Therefore, we do not say goodbye to Italy, but only see you soon. If possible, we will come to Bergamo.

– Did you learn English when you moved to Genk, Italian when you joined Atalanta, French is next?

– Oh sure. I know it won’t be easy, but I will slowly teach. I set a goal for myself to learn the language in a year. I think that in a year I will be able to calmly express my thoughts and share some opinion after the match already in French. I believe that when you come to a country in which you plan to live for some time, you need to learn the language.

– What do you expect from the new stage in your career?

– I want to progress and adapt as quickly as possible, play more and benefit the team. In any case, it will be some kind of new impetus in your career. Now, at 29, I’m not the same as I was three years ago – I already think differently, analyze and play differently. Therefore, I think that this is the best period for a football player. As they say, in the juice itself.

The authors of STALKER 2: Heart of Chornobyl shared fresh screenshots of the game