SpaceX’s Falcon 9 rocket has launched a new GPS satellite, owned and operated by the US Space Force, into orbit. The launch used a restored Falcon 9 first stage, already used to deliver people to the ISS as part of the Crew-5 mission. 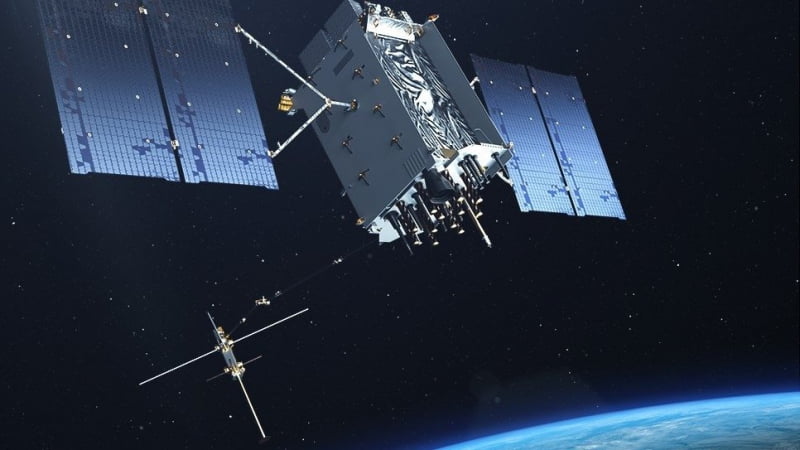 The first stage successfully separated from the spacecraft 2 minutes and 40 seconds after launch from Cape Canaveral and safely returned to Earth landing on the pad of the SpaceX A Shortfall of Gravitas autonomous barge 8 minutes 40 seconds after takeoff. After the separation of the first stage, the second stage delivered the cargo – the GPS III Space Vehicle 06 satellite, which is the device of the latest generation of the GPS navigation system – to an altitude of about 4300 km from the Earth’s surface, where the satellite was sent on an independent flight 1 hour 30 minutes after the rocket took off. The satellite, named after Amelia Earhart, the famous female aviator who flew across the Atlantic Ocean, will continue its independent movement to an orbit located at an altitude of 20,200 km above the planet. SpaceX said the fairing that protected the cargo during the first phase of the flight will be fished out of the Atlantic Ocean for possible future use.

This is the sixth in a series of GPS III satellites, having previously been delivered into orbit by Neil Armstrong in June 2021. The new copy is part of a project to modernize the “fleet” of navigation equipment implemented by the United States. The satellite is expected to operate for about 15 years and is one of 32 next-generation samples that eventually intend to be launched into space.

The new generation of satellites is three times more accurate, eight times more resistant to countermeasures, and has a modular design to adapt to changing mission targets and emerging threats. According to US data, about half of the world’s population (4 billion users) use GPS technology for everything from road navigation to precision farming systems.

However, this is not the only navigation system, since there is Russian GLONASS, Chinese Beidou and European Galileo, not counting regional systems like the Indian version.

Amazon offers: 32-inch Gigabyte monitor in 4K and 144 Hz at a discount at the historic minimum price

First trailer for John Wick: Chapter 4 – Get a first impression of the film

Turn-based RPG Ash of Gods: The Way gets a new limited-time demo on Steam