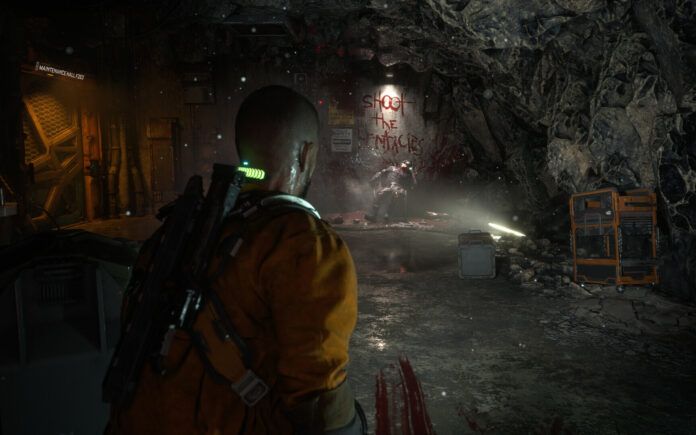 After the lukewarm reception from the public and critics, The Callisto Protocol (our review here) also has to deal with a very uninspiring number of sales. In the ranking drawn up by the NPD Group, the title would even have been surpassed by Mario Kart in the month of December.

The thing was reported by IGN, which published and analyzed the video game sales rankings for the whole of 2022, in addition to the partial monthly ones.
The big winners are of course almost a given, with Call of Duty Modern Warfare 2 which takes home an important first place despite fierce competition. Silver medal for Elden Ring. FromSoftware’s latest game is Game of the Year. Madden NFL 2023 closes the podium. A ranking in line with the one drawn up by playstation a few days ago.

How did the title created by Striking Distance fare instead? Not very well, given that not only did it fail to enter the top 20 of 2022 – which perhaps is obvious considering its launch date – but it also failed to grab the top 15 best-selling titles of the single month of December! The Callisto Protocol, according to analysts, will struggle to hit the minimum target of 5 million copies sold.

In fact, it is only the lukewarm seventeenth position that welcomes him, far behind even titles such as Mario Kart 8 (which is now approaching 9 years of age), from Nintendo Switch Sport and from Minecraft.

In short, not a great debut by the “quadruple A” which boasted the experience of some Dead Space veterans, and indeed, a ranking that brands this launch as a great disappointment.

Elden Ring GeoGuessr: Prove you know the souls-like map with this free game

EA SPORTS PGA TOUR: Road to the Masters: Golf Game will be released worldwide on March 24, 2023