A few weeks after its official reveal, the new Hyundai Kona 2023 now details its on-board technologies. But the brand still remains mysterious on the electric version, the specifics of which will be revealed in March.

Hyundai has been present in the electric car segment for a while, when the firm launched its Ioniq in 2016, also available as a simple and rechargeable hybrid. Since then, the brand has significantly expanded its catalog, with the Ioniq 5 and the new Ioniq 6 unveiled a few months earlier, as well as the Kona Electric, marketed since 2018. And the least we can say is that the Compact SUV is a real success, all engines combined. He was indeed the the brand’s second best-selling model in France in 2022, with 12,693 units according to CCFA.

Six years after its launch, it is therefore time for the rival SUV of the Renault Captur and other Peugeot 2008 to afford a new generation. So it’s done, while Hyundai lifted the veil last December on the first images of this second version, which wants to be even more desirable and futuristic. If the exterior style changes in depth and adopts more refined lines worthy of a concept car, this newcomer also wants to be more complete in terms of staffing.

In a press release just published, Hyundai details the technologies that will equip this new generation. This will be particularly compatible with remote OTA updates, such as the Ioniq 5 recently. If the brand does not specify whether these will also apply to the traction chain of the electric version, it explains that they will allow‘add new features and to maintain the mood lighting without going to the workshop. The infotainment system built into the12.3 inch touch screen should also be concerned. 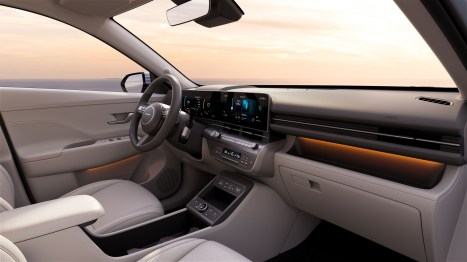 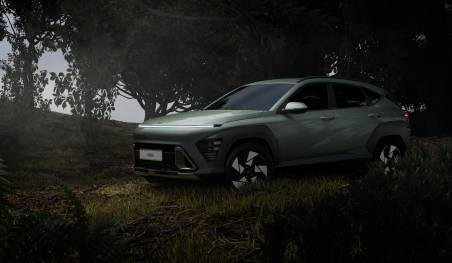 15 centimeters longer than the previous generation, this new Kona gains six centimeters of wheelbase to reach 2.66 meters. A gain for the benefit of habitability and comfort, while the driver benefits from electric seats whose position may be recorded. The trunk offers a volume displayed at 479 liters when the rear seat is in place. It’s better than the previous version or the Peugeot e-2008 and its 434 liters.

Note that access on board is via the Digital Key 2 Touch, which is based on NFC technology. Inaugurated on the Hyundai Palisade, this system makes it possible toopen the vehicle by putting down your smartphone on the handle and then start it by placing it on the induction charging port. This device is then compatible with Apple and Samsung phones as well as with connected watches.

Hyundai also takes the opportunity to provide some information on the active safety equipment that will equip the SUV, both in its thermal and hybrid versions and in its electric variant. We will find systems that are already well known, such as theactive lane keeping assistassistance when exiting the vehicle or recognition of speed limits with intelligent speed limiter.

Semi-autonomous driving will also be available via the active highway driving assistance system. Limited to level 2, while only Mercedes offers level 3 in Europe with its EQS and S-Class, the latter combines adaptive cruise control with lane keeping assistance. Also note that the regulator is associated with the navigation, allowing it to adapt the speed according to the layout of the motorway. A feature that already exists with some brands, including Ford with its BlueCruise 1.2 system.

If Hyundai has specified the technical characteristics of the thermal and hybrid versions, you will have to wait until March to learn more about electric variants. As a reminder, the Hyundai Kona Electric is currently available in two variants with 39 and 64 kWh batteries, offering ranges of between 305 and 484 kilometers depending on the WLTP cycle. The powers vary from 136 to 204 horsepower.

This newcomer should also inherit the Kia Niro EV platform and use the technologies mentioned above. In terms of style, it will then be distinguished by a full grille, whilean N Line version will cap the range although the brand has not specified whether it will also benefit the Kona Electric. This will be recognizable by its rear spoiler and its 19-inch rims, as well as its specific shields. 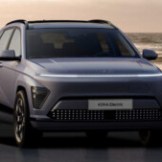 Hyundai has just presented the first images of its future Kona, which will obviously have the right to one (or more) 100% electric versions. Its name: Hyundai Kona Electric. And the least that…
Read more

This amazing box of 2022 is coming to Switch and PlayStation with a Tomb Raider pack!